I'm presently working on two French battalions for Hougoumont but in parallel have begun work on the Plancenoit scenery - at this stage it's too soon to show the ground, but here are some photographs of the farmhouse from the Duvelier farm in the village just northwest of the church, known as Property 84 on the cadastral map.  The map is orientated eastwards.  The farmhouse is the building just to the left of '84'. 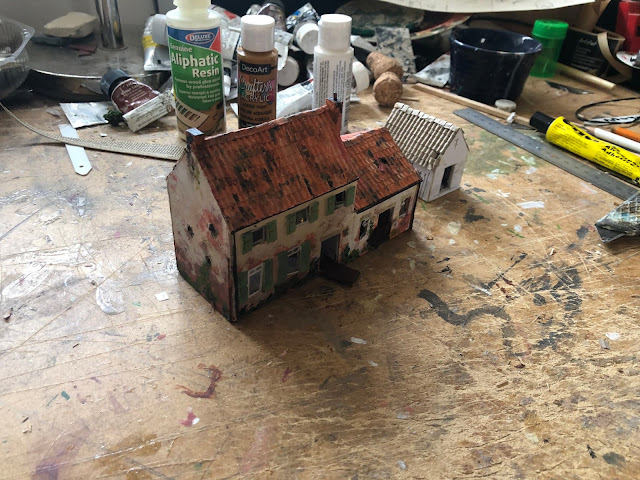 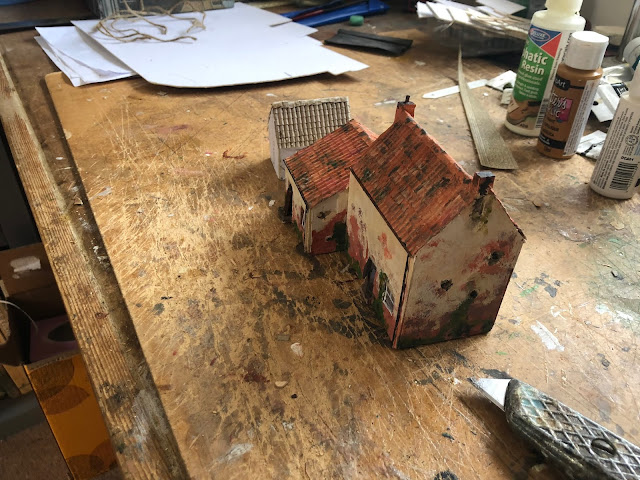 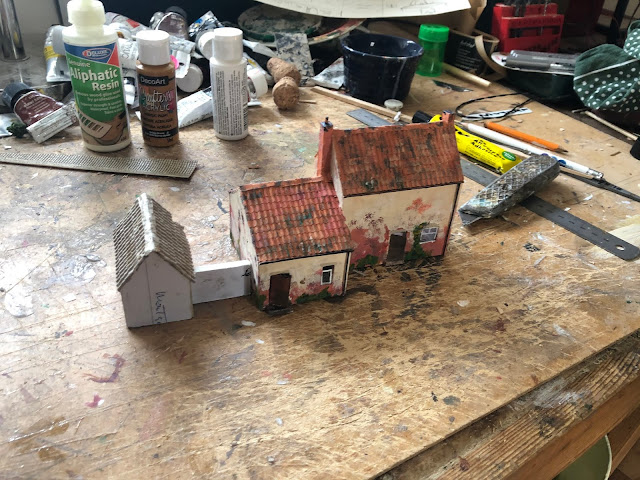 In separate news, A Dutch friend has joined the project.  I won't use names, but his collection is magnificent - some 10,000 figures.  These have been boxed up for some time and he has begun the exciting task of taking them out of their boxes.  These French infantry are mostly Schilling, but many of his other figures are Art Miniaturen. 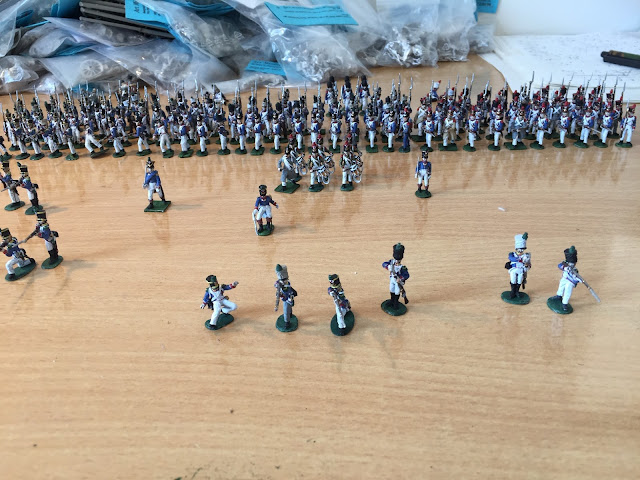 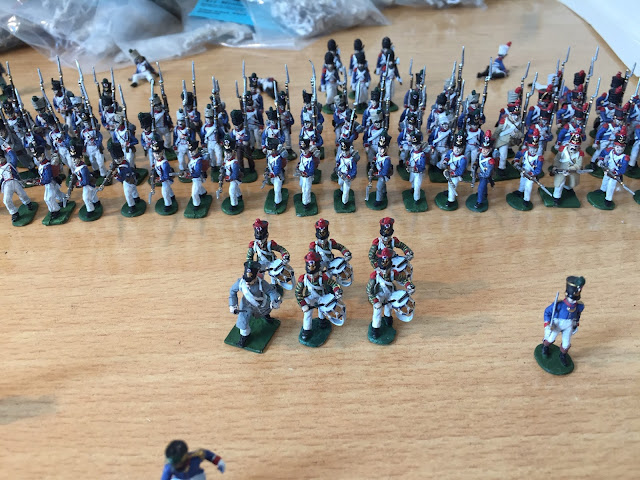 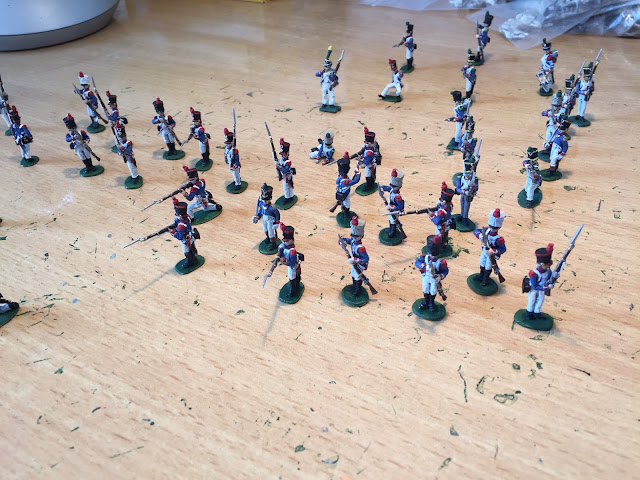 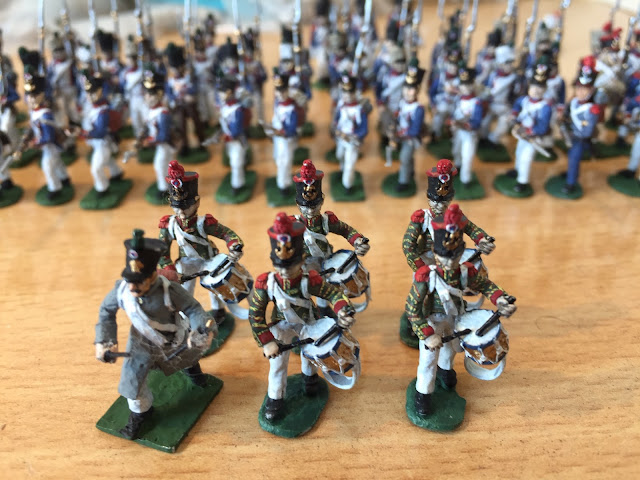 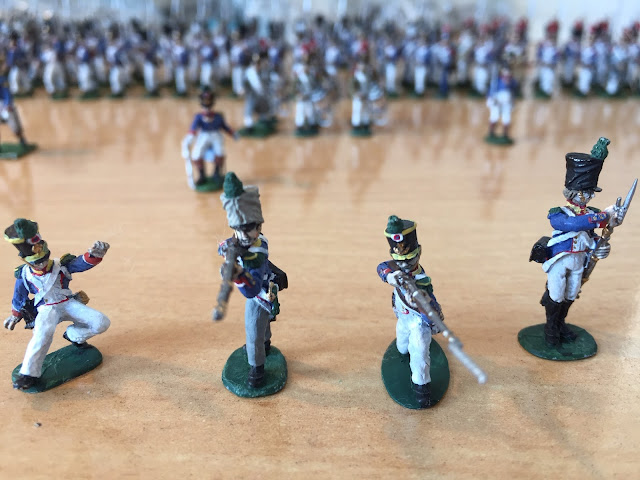 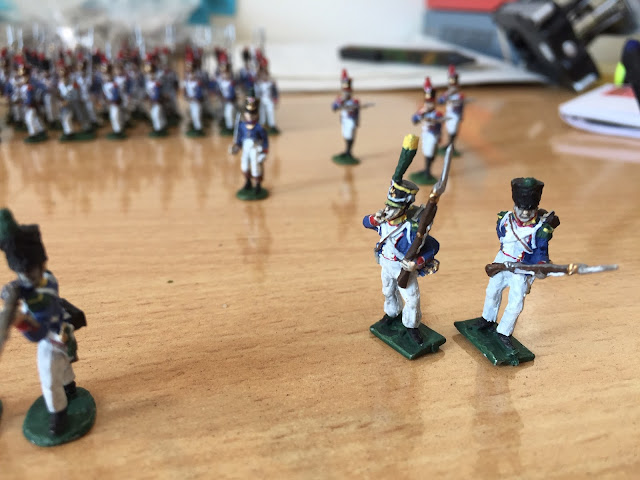 Another British friend has been working on a Belgian Line Battalion.  The results look excellent.

I presently have nine battalions, each of about 400 figures, in production with friends of the project: this Belgian battalion; the 18th Buckinghams; two Prussian battalions; an Old Guard battalion in greatcoats; a French line battalion; and three more battalions from Halkett's Hanoverian brigade.  The Elbe Landwehr cavalry, Bull's Troop and Prussian artillery top all this up.

Any one else interested in joining the project would be very welcome!