It is one year until the bicentenary of Waterloo and to celebrate the 200th anniversary I thought it would be fitting to build a model of Waterloo inspired by Captain William Siborne’s two famous dioramas. As you may know, the Siborne models have had a rocky history, neither finding favour with the first Duke, nor permanent homes until quite recently, long after Siborne’s death. While they are invaluable sources of data on the battle, the larger model in the National Army Museum is so small scale as to be hard to view, while the smaller model at the Royal Armouries in Leeds is only part of the battlefield.

My aim is to produce a model in the scale of Leeds but covering a larger area than the one in the National Army Museum. It would cover the ground from La Belle Alliance, west to the Chateau of Hougoumont, north-east along the British line to the north of La Haye Sainte, east to Papelotte, south to the village of Planchenoit and back to La Belle Alliance, showing the battle at about five o’ clock. Accompanied by video clips, pictures, and diagrams, the model will capture at that hour the high point of the battle: General Reille’s Corps will be committed at Hougoumont and the chateau will be on fire; D'Erlon’s Corps will be on the brink of capturing La Haye Sainte and committed to the farm’s east; to its west, Ney’s massed cavalry will attack unfailing British squares; the Prussian advance guard will struggle for Planchenoit; the Imperial Guard will prepare to advance for the final and ultimately unsuccessful attack on the British centre. Spot lights would emphasise each stage of the battle.

So far, I have about 30,000 figures which are painted to a reasonable standard and are historically accurate; careful research has gone into the key buildings. The scenery will match the research of Siborne and is to be constructed in sections for ease of transport. There are however three key constraints on the size of the model:

· Available Space. The ground represented is an approximate triangle, 2.5 kilometres east to west and 3 kilometres north to south, requiring an area 18 by 18 metres; this is a 25% shrinkage of the true scale of battlefield in order to allow it to fit into a reasonable space. Clearly, more changes to the model’s design may have to be made dependent on the display space obtained. This could not involve further shrinkage of the whole battlefield, as the buildings (which remain in scale) would begin to look over-sized. Instead, a section of the battlefield would be shown, say from Hougoumont to La Haye Sainte.

· Available Time. I have to work and there are only so many hours in the day!

· Available Troops. A full representation of the battle would require 64,000 Anglo-Dutch, 72,000 French and some 30,000 Prussians. With 25% shrinkage of the ground, 75% of the troops would suffice. It may, however, simply be impossible to assemble enough figures. If the full numbers cannot be reached, then again only a section of the battlefield could be shown. In order to make up the numbers I have been in various discussions with other collectors, with some successful results – I have one firm offer of 10,000 figures and two expressions of interest. My figures are a mixture as follows:

Plastics, including many conversions

Over the next few months I plan to post pictures showing progress and would love to hear your advice and views. 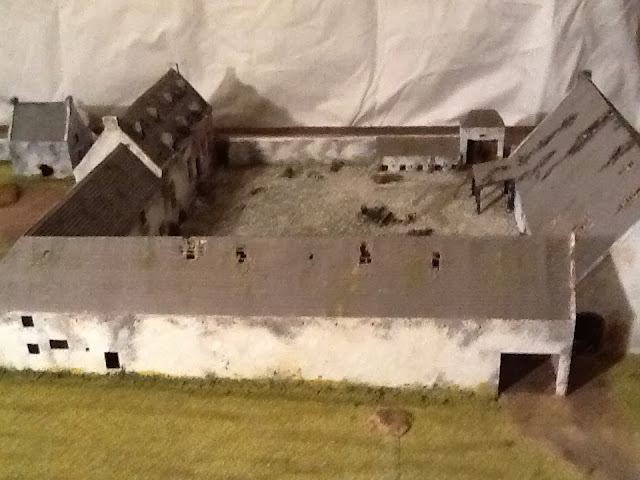 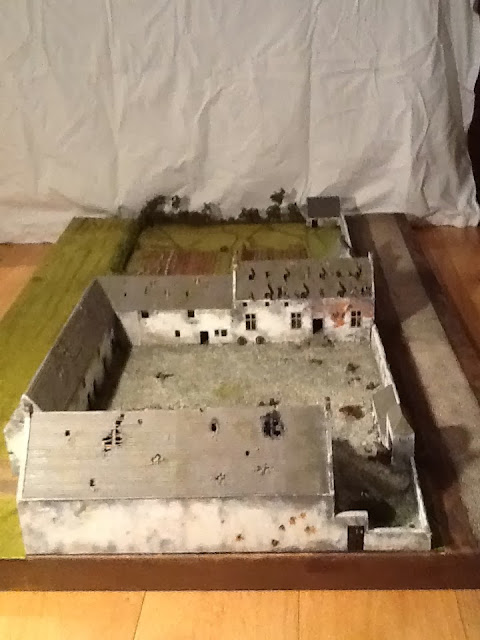