I left the double square of the 73rd and 30th half complete, but have now finished the 30th, with the results shown below.  I think it gives a good sense of scale and, when put along side the other finished squares, will look great on the completed diorama. 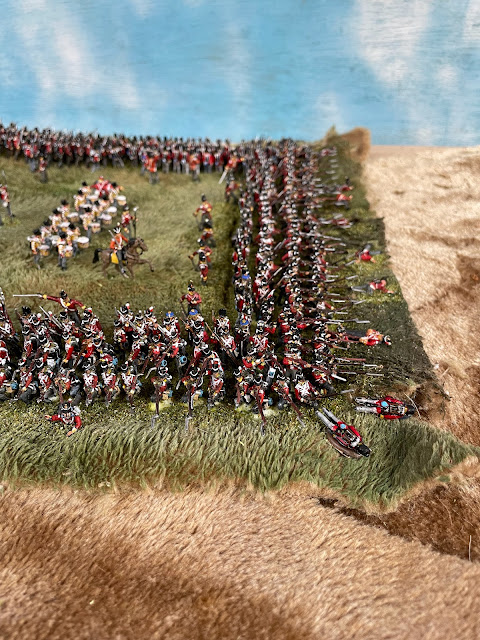 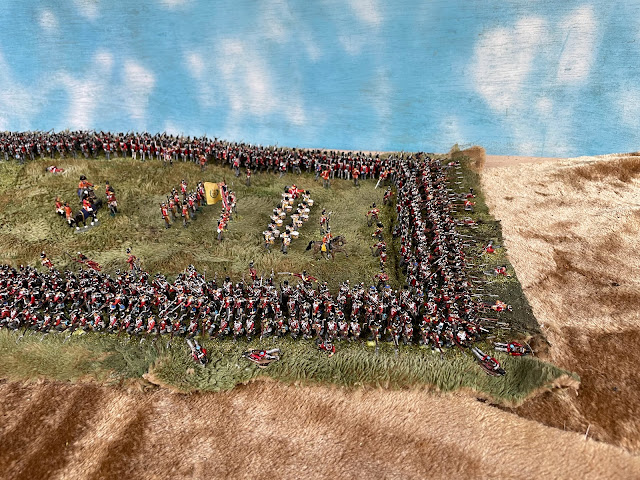 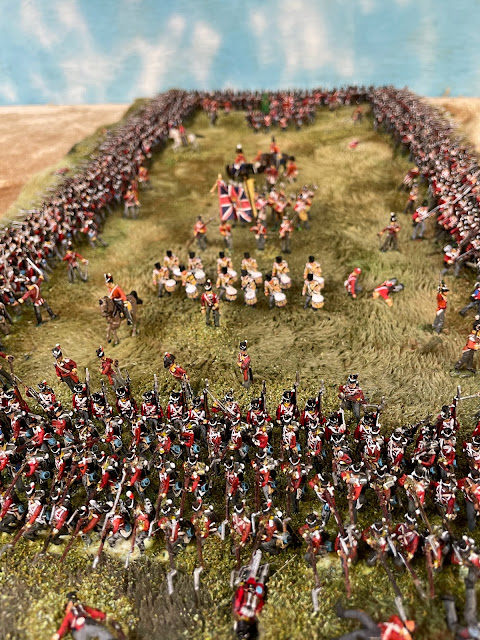 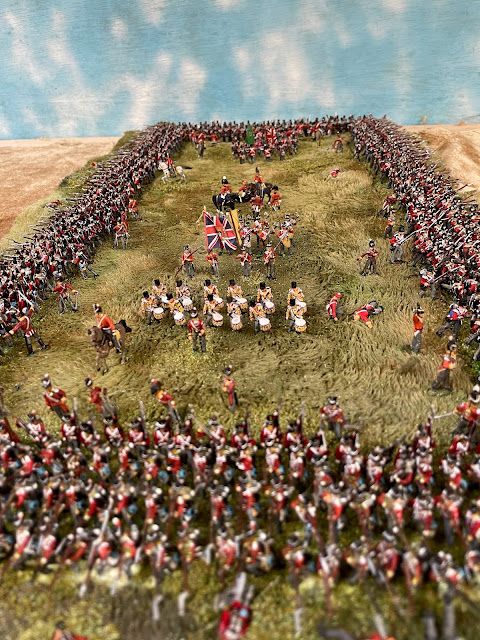 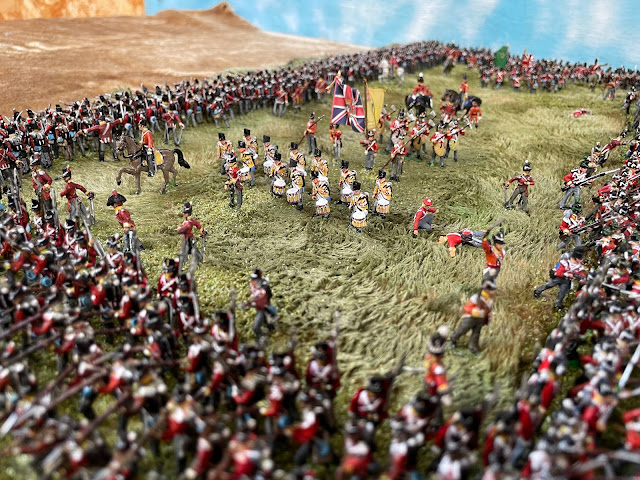 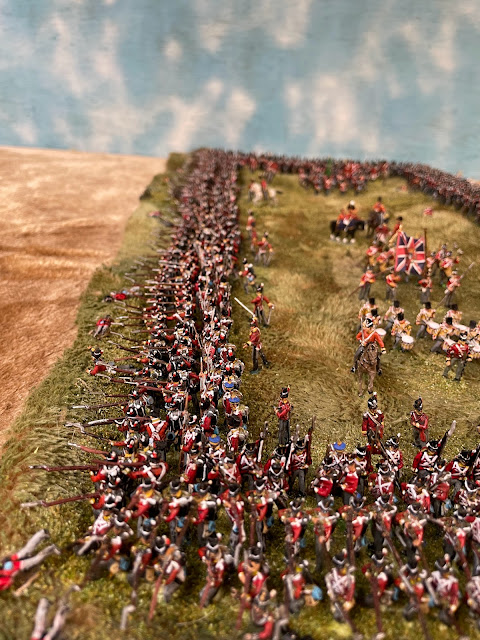 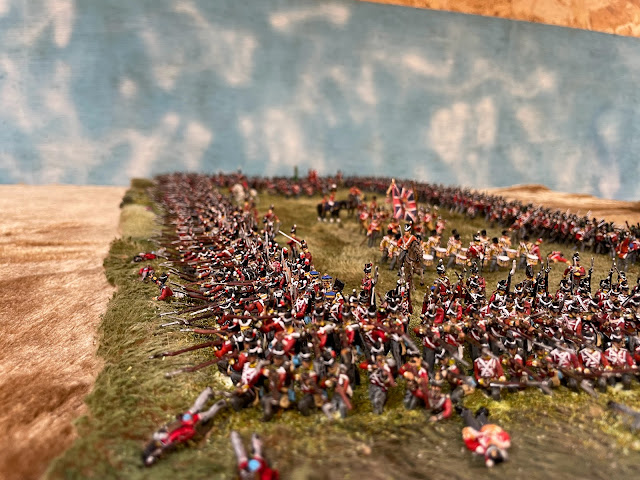 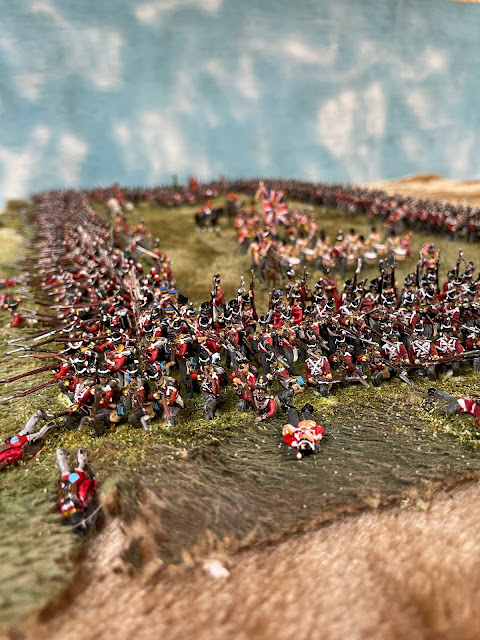 With the squares now three quarters complete, I thought it would be a good moment to take stock of the Cuirassier regiments which are either complete or under way.  There are eight regiments shown below, about 3,200 sabres.  There are still many more out with the painters.  To these must be added those that are not shown here - the two regiments of Carabiniers, two regiments of Line Dragoons and all the Guard Cavalry, making a total complement of 20 regiments that charged with the Reserve Cavalry.  This figure is weighted towards the Guard Cavalry which were vastly larger regiments. 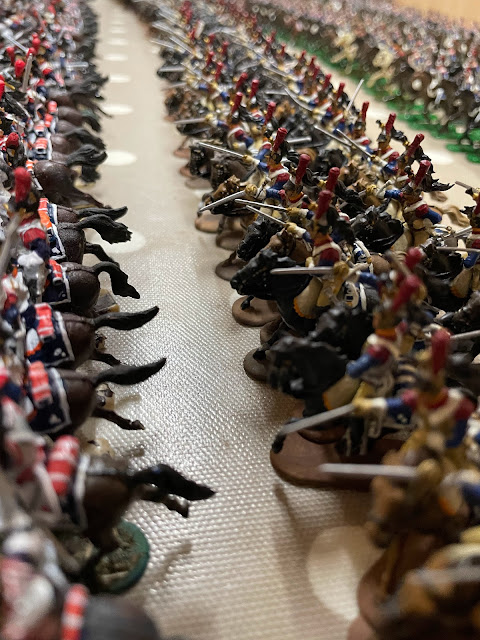 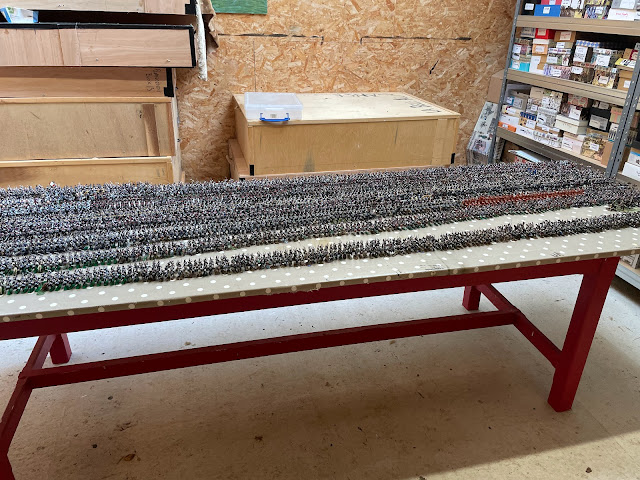 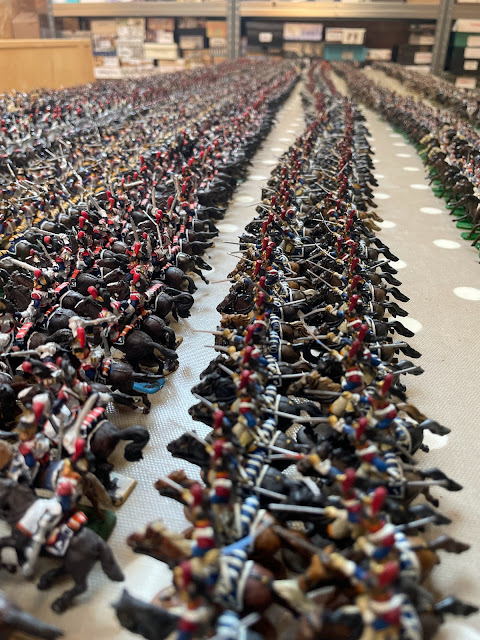 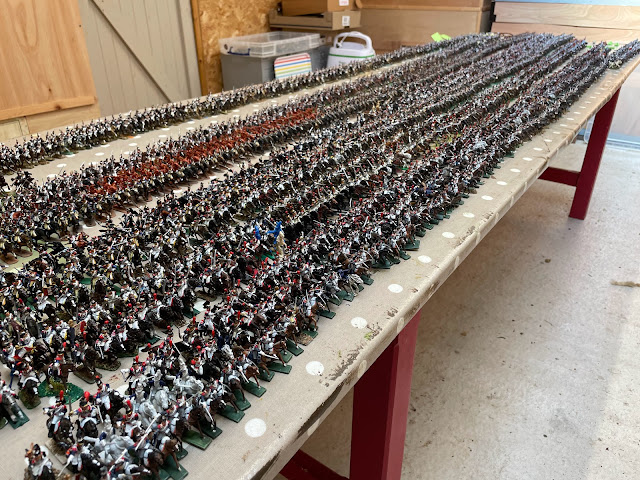 Not shown are trumpeters, or a large number of casualty figures.

I'm extremely grateful to all those who have painted figures.  They look a little clinical on this table, but once deployed on the diorama, the effect should be spectacular.

The team has been very industrious in recent weeks with some great progress with various cavalry regiments and other units.  I'm not attributing names, but the painters know who they are and my thanks to them for some terrific work and demonstration of talent. 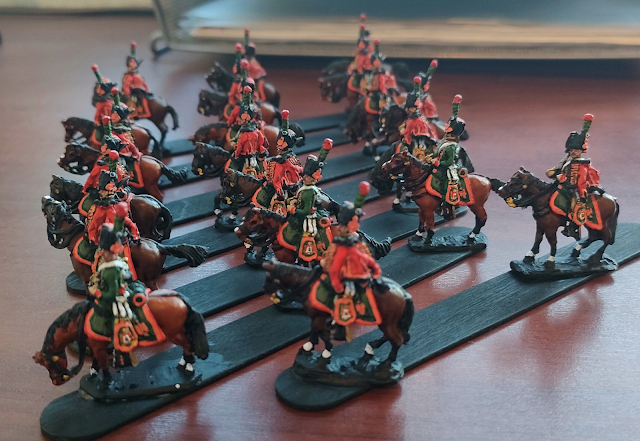 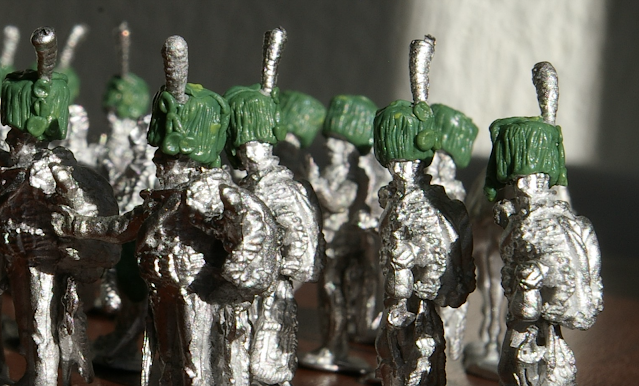 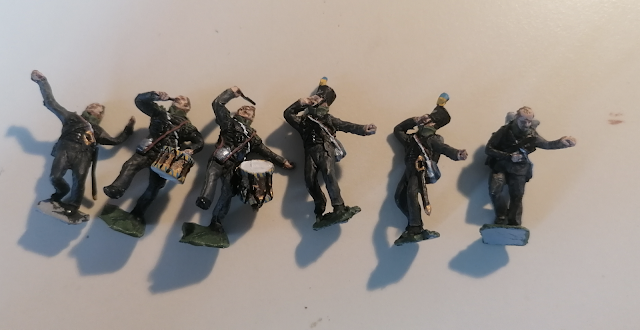 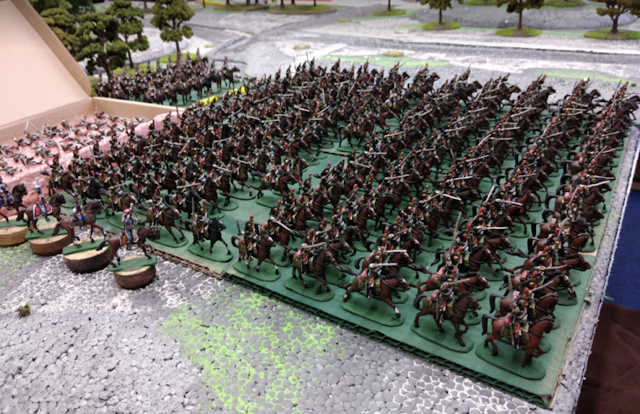 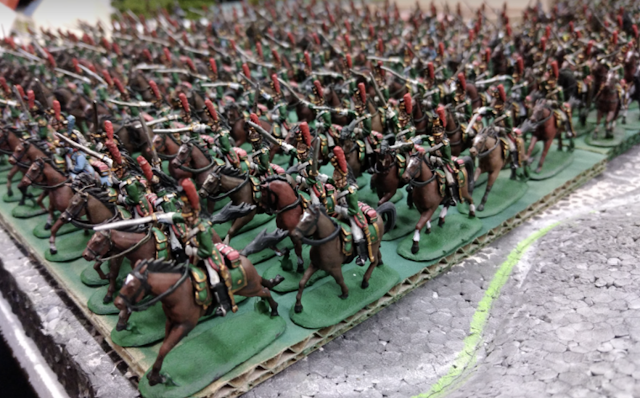 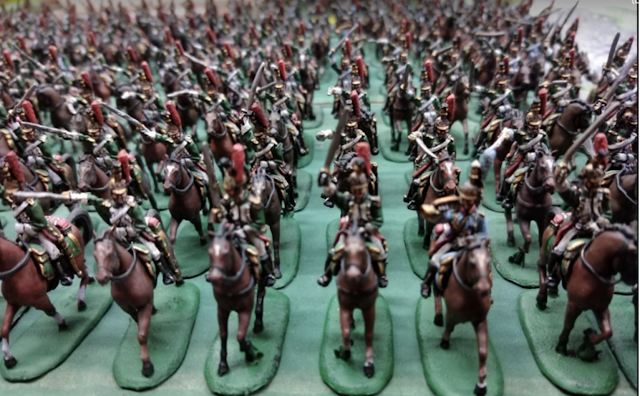 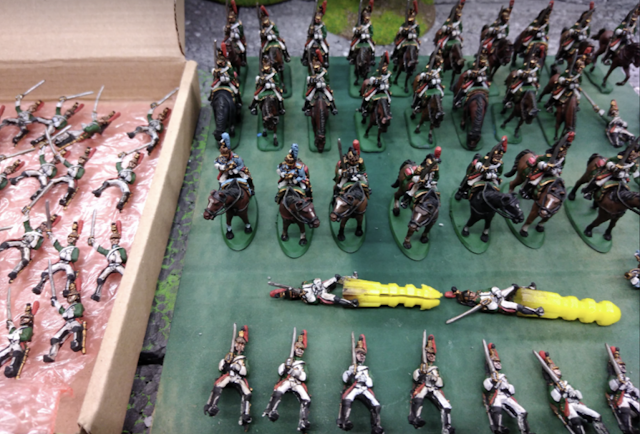 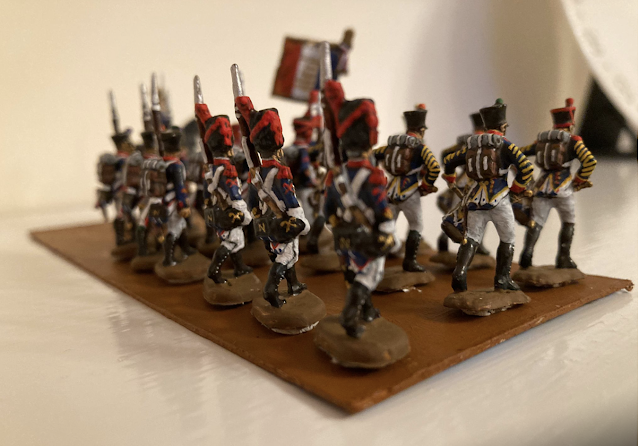 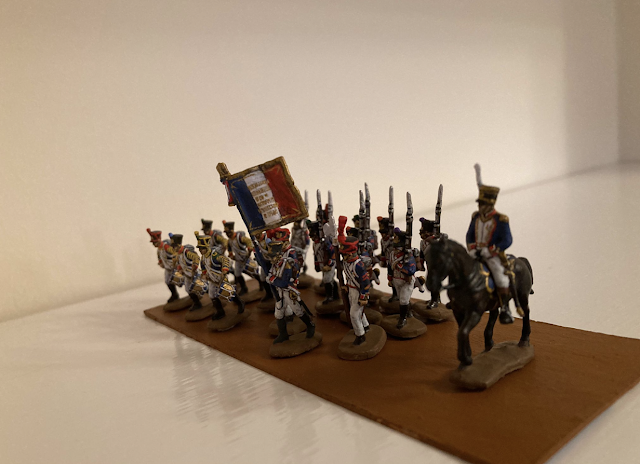 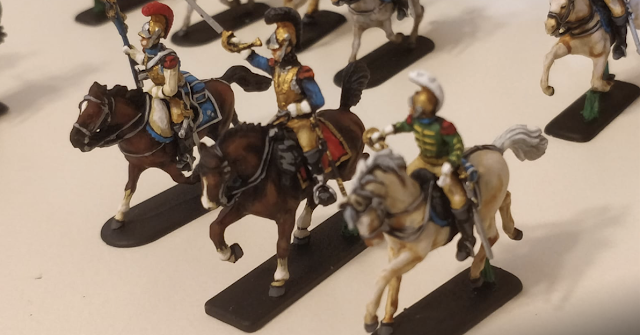 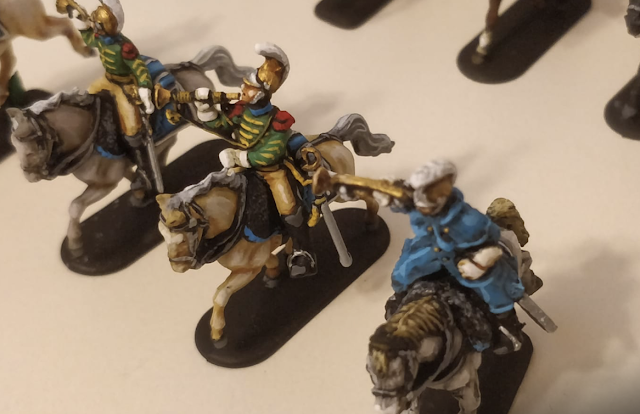 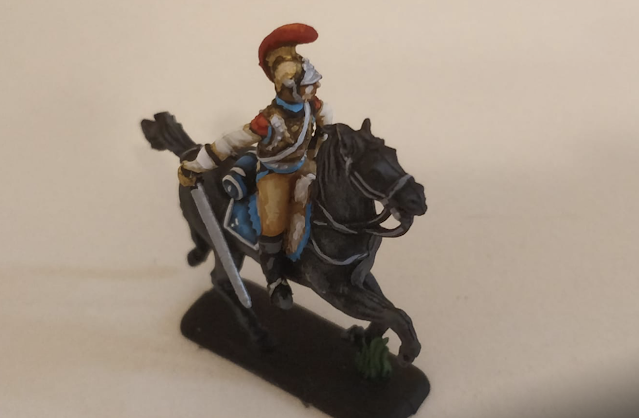 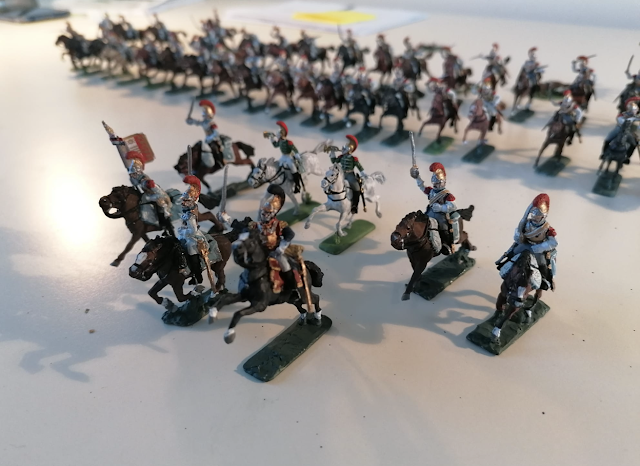 My thanks to all involved!