Marines of the Guard

I know, you're meant to call them Sailors of the Guard - Marins aren't Marines, they are sailors.  But then what is a Marine if not Naval Infantry?  And the Marines of the Guard are just that.  Anyway, whatever their name, there is something iconic about their uniform that deserves attention.  Of course, the Marines at Waterloo probably wore a fairly simple uniform not dissimilar to line engineers, but I've gone with the full dress uniform.  And what a uniform: 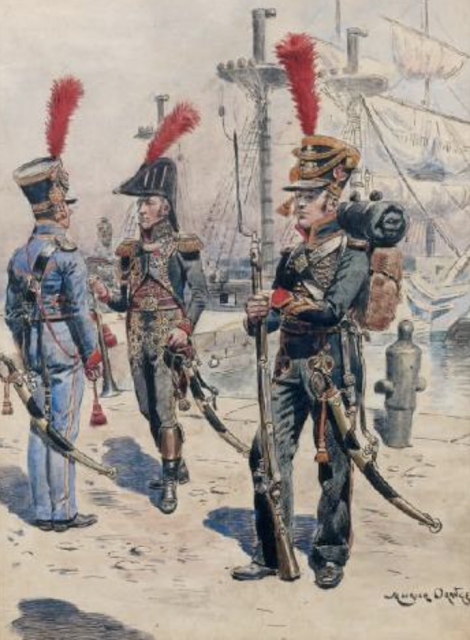 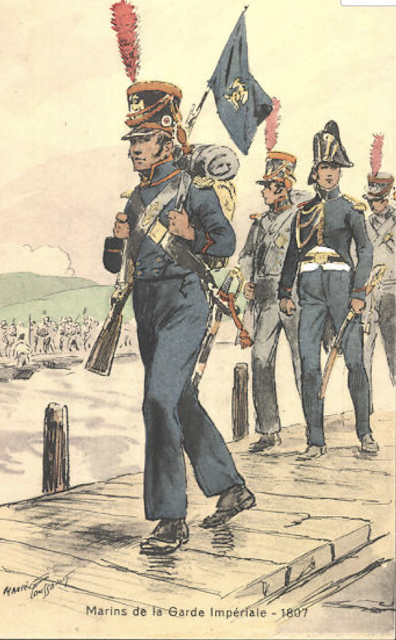 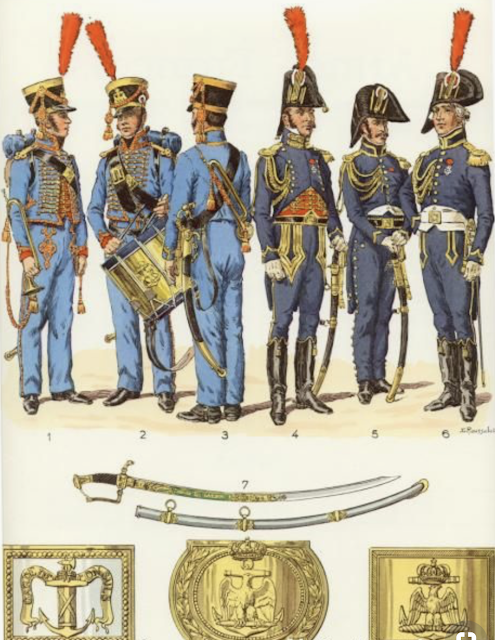 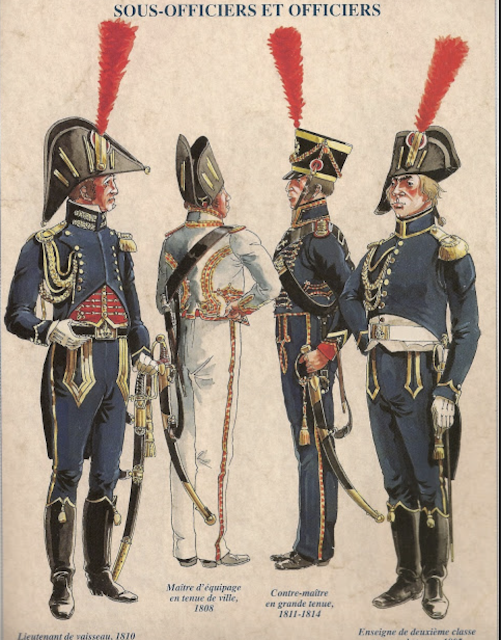 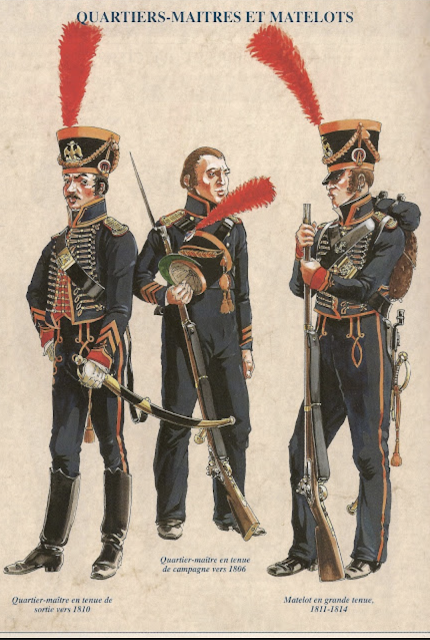 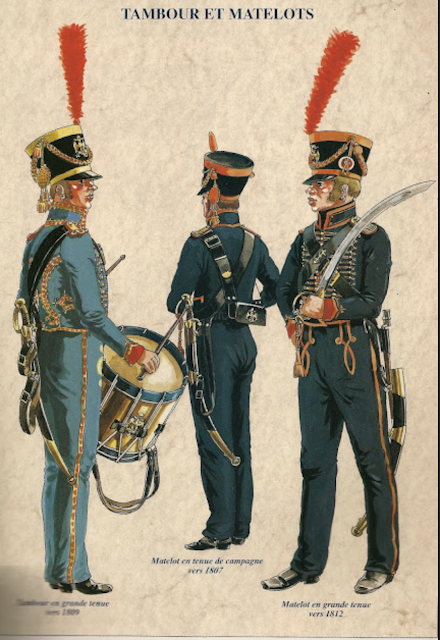 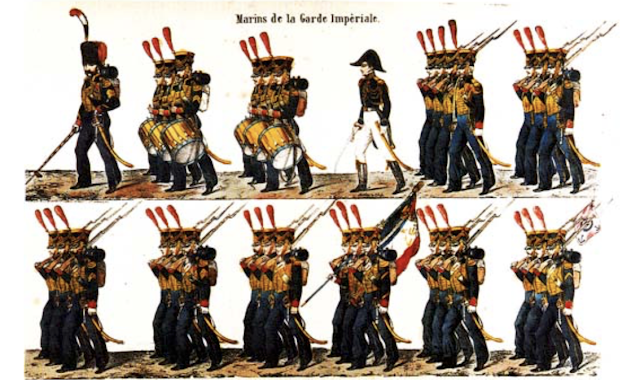 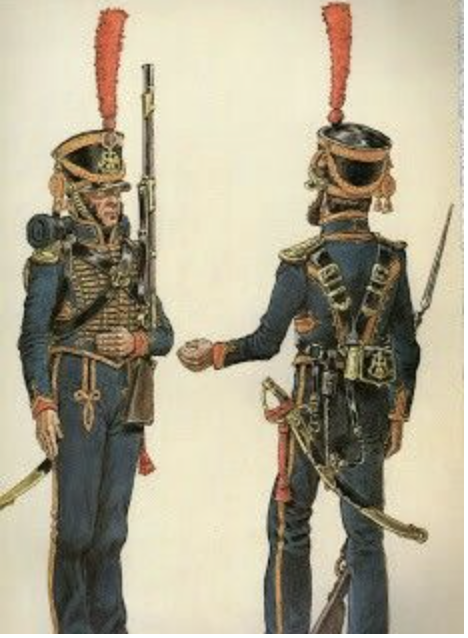 The new unit's first task to form part of the force at Boulogne. They not only built boats for the force, but also served in their primary role as an elite unit to bolster naval crews, which often had little training or experience. When the invasion was called off, part of the unit fought in the 1805 Austrian campaign, fighting at Ulm and Austerlitz. In 1806, 102 men from the unit took part in the Prussian campaign, fighting at Jena and the siege of Danzig, where they fought as engineers. They followed the Grande Armée into Poland, where they were rejoined by the crews who had remained in France. Together they then fought at Eylau and Friedland.


After Tilsit, the unit was sent back to France, but left for Spain soon afterwards. The Marines suffered a severe reverse at Bailen, where they suffered heavy losses. The survivors were taken prisoner and sent to Cadiz on barges, where some of them remained until 1814. The unit had to be re-formed from scratch in March 1809, but was now only a single crew of 150 officers and men, which at Wagram fought under the command of Capitaine de Vaisseau Baste, mainly as gunners.


In September 1810 8 more crews were added, raising the unit's strength to 1,136 officers, NCOs and ratings. It suffered badly in Russia, fighting in several battles and decimated by cold, hunger and disease - only 85 of its officers and men were still alive when the army crossed back into Germany. Reorganised and brought up to strength with new recruits, the unit fought at Leipzig as part of the infantry component of the Young Guard.


In 1814 the unit took part in the French campaign, notably the defence of Paris. A small detachment of 21 marines from the unit accompanied Napoleon into exile on Elba. During the Hundred Days one crew was re-formed, which fought at Ligny and Waterloo - at the latter they covered the retreat of the 1st Grenadier Regiment and 1st Foot Chasseurs of the Old Guard. They were finally disbanded on 15 August 1815.


Here are my Marines.  They are mostly Franznap, Hinton Hunt and Hat conversions. 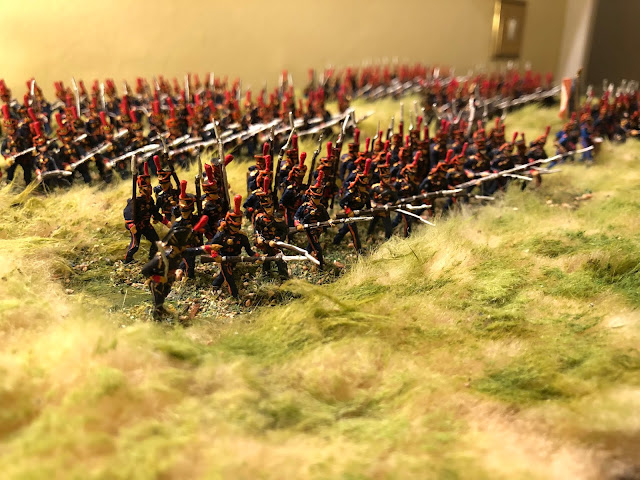 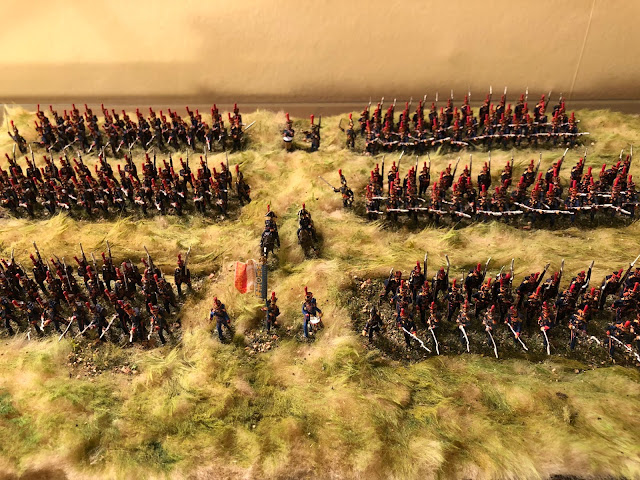 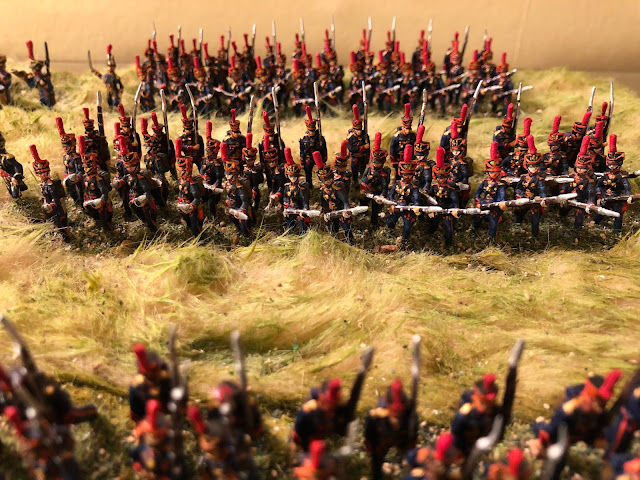 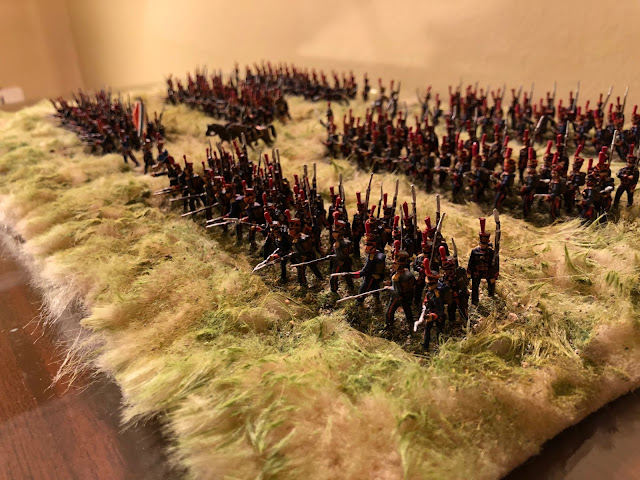 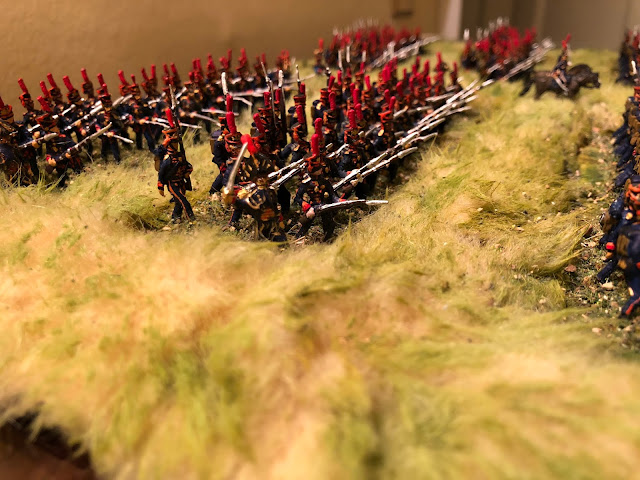 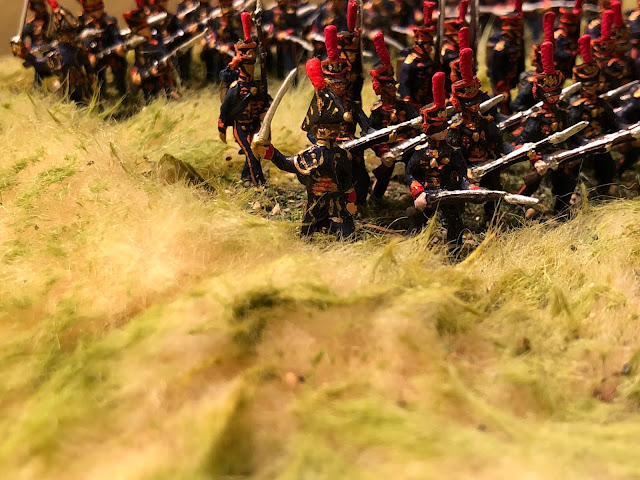 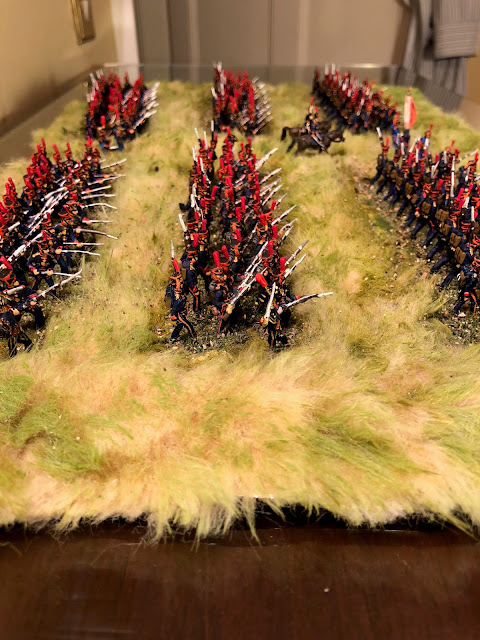 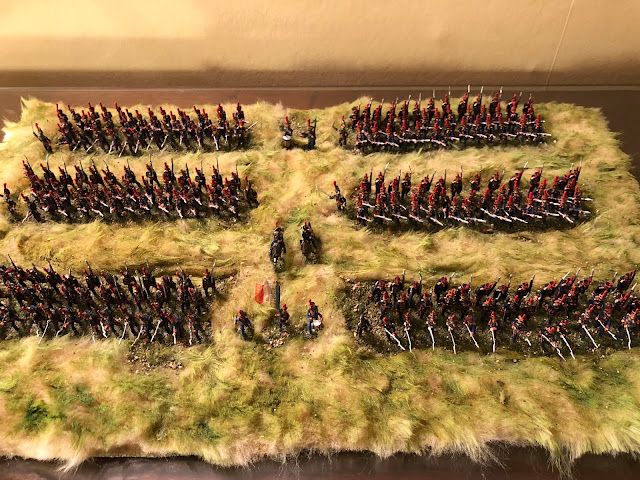 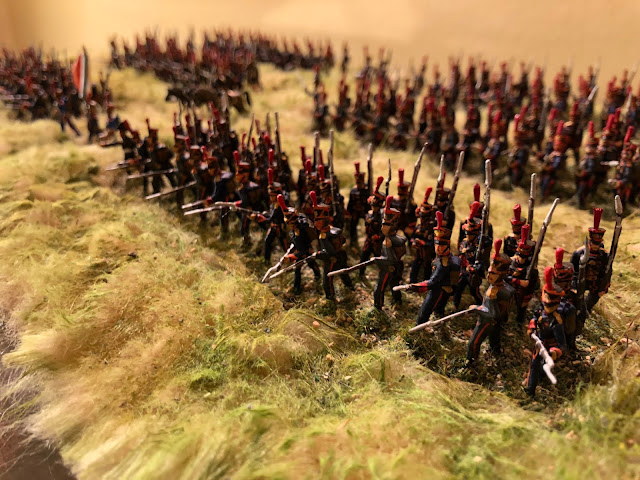 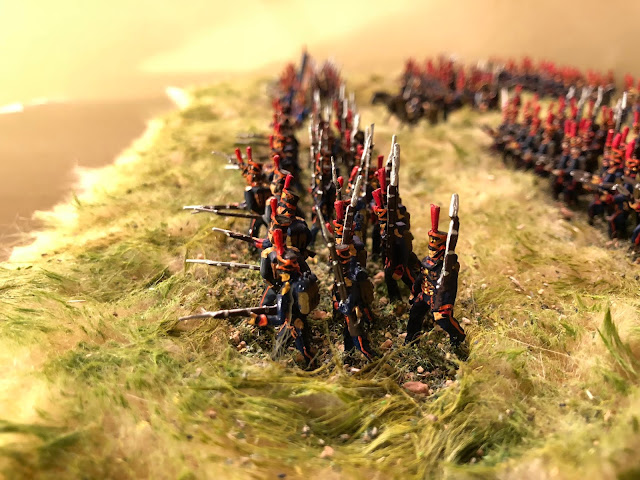 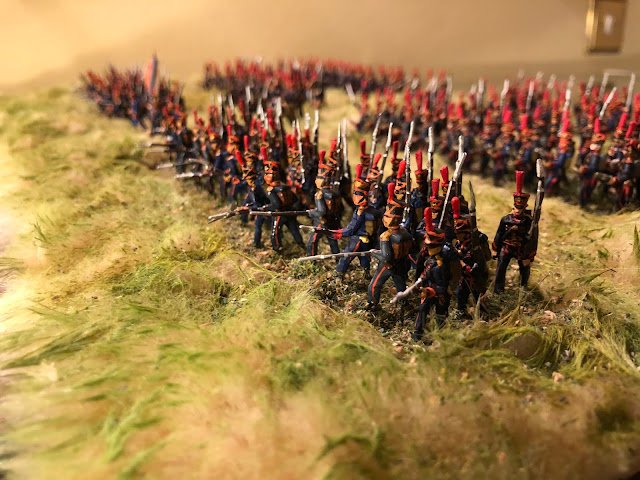 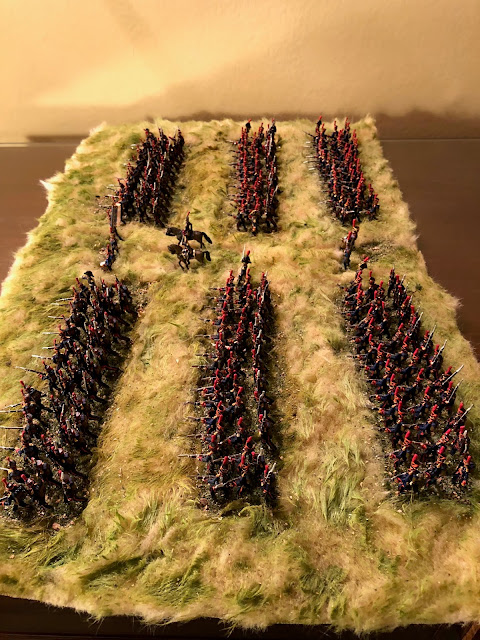 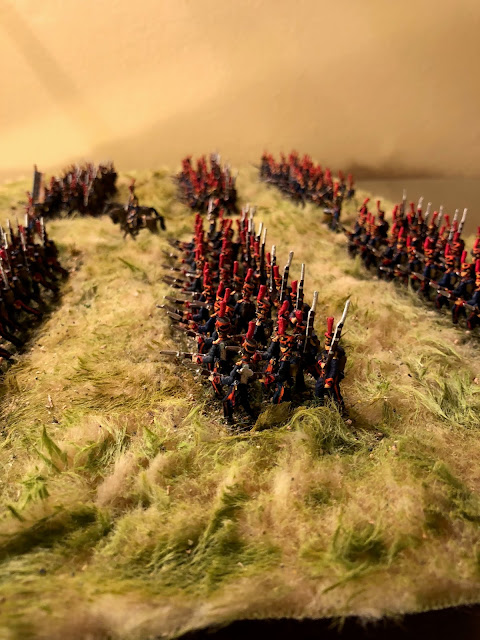 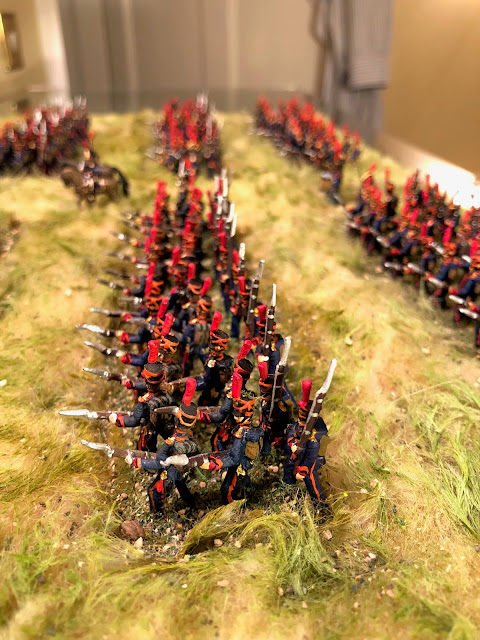 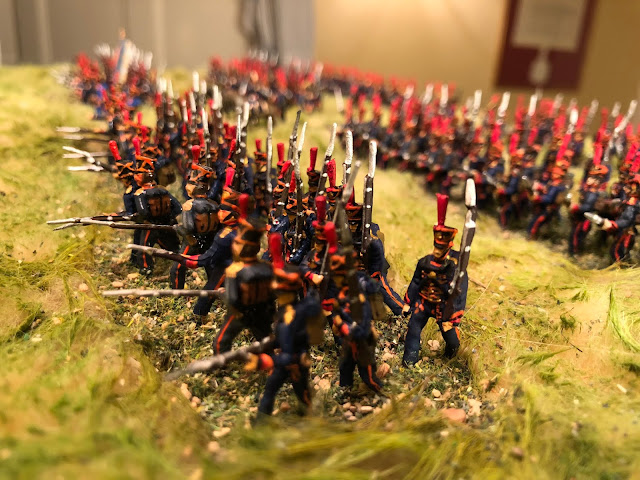 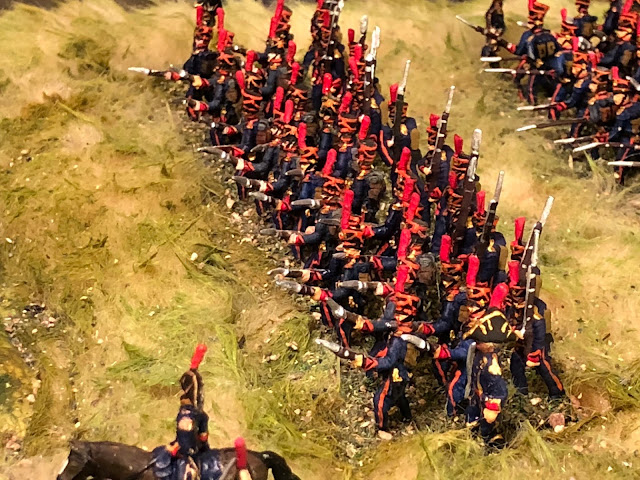