A few shots of my Leib Battalion which reinforced the Allied garrison towards 1800hrs in the evening.  The Avant Garde will also be joining them.  The battalion is emerging from the Covered Way and heading south towards the junction of the garden wall and the orchard where they meet the 3rd Foot Guards.

The trees' bases are too obvious and need to be bedded in better - another job to do.
Posted by generalpicton at 04:45:00 2 comments:

Hougoumont - battle within a battle

I haven't posted since November, and the reason is not hard to see: my Hougoumont is many times bigger than any of my previous projects and despite pouring in the troops, I'm still far from saturating the six sections that I've built so far.

So this post acts as an interim step as there still many thousands of French and some allies to place on the model, and I intend to extend the model eastwards to include all of the orchard.

My scheme for French battalions is six companies to a battalion, 60 men to a battalion.  There are 40 French companies on the model so far, so 2,400 French infantry - add in officers and other supernumeraries, we are heading towards 3,000 French and about 2,000 allies so far. 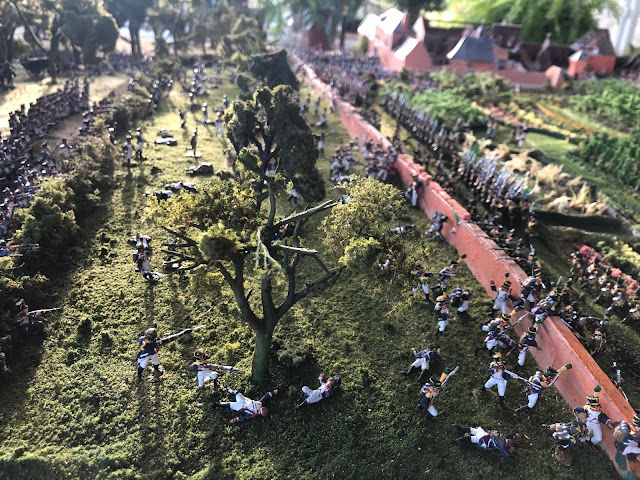 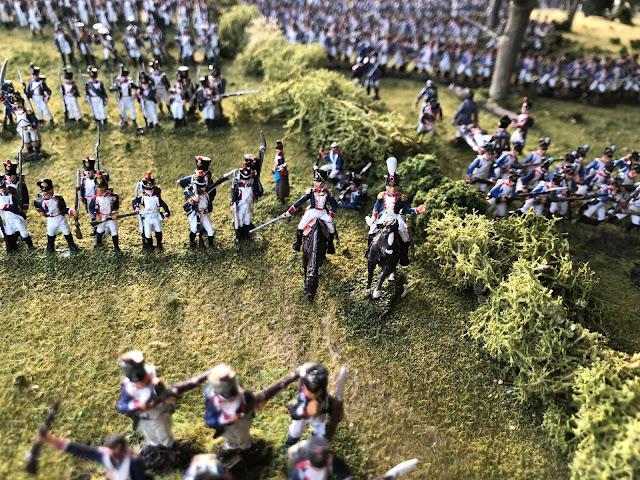 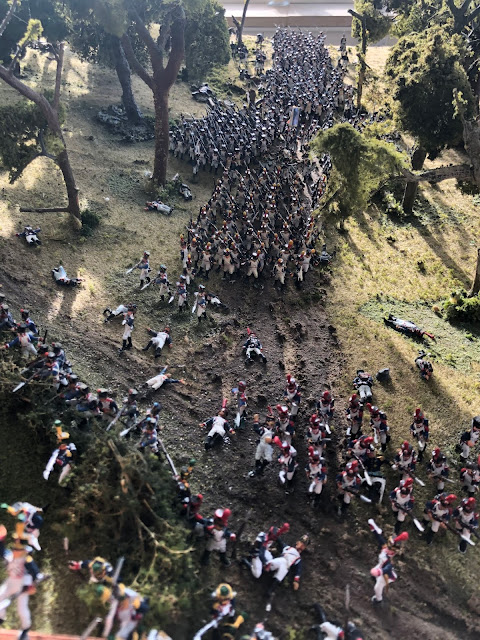 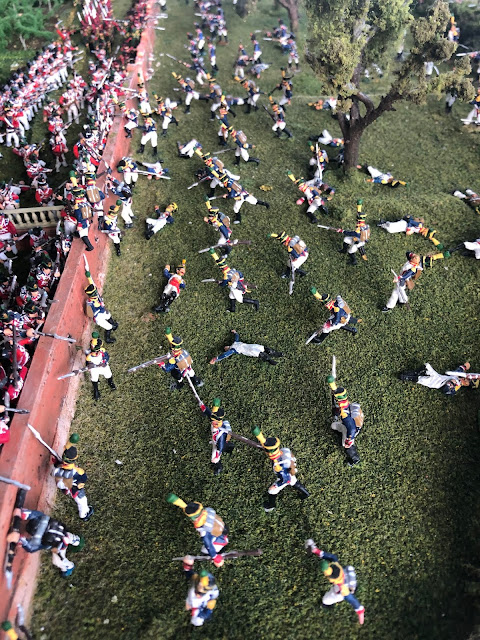 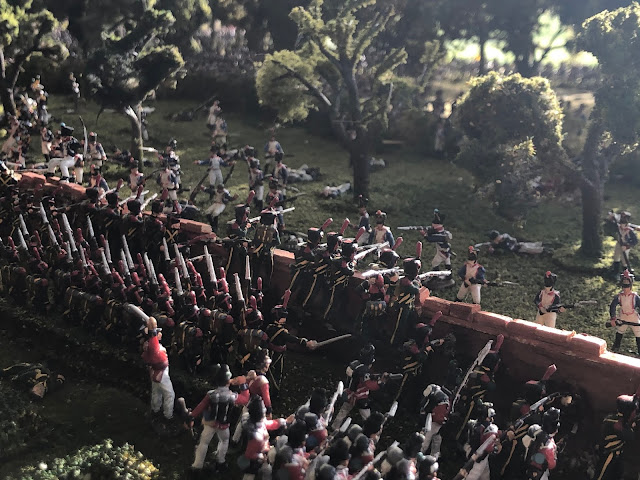 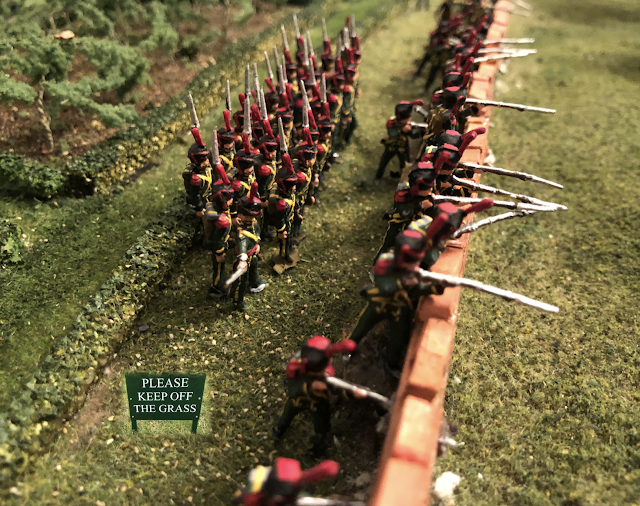