The Royal Welch Fusiliers were in Mitchell's 4th Brigade and were situated on the British right flank.

1/23rd did not wear bearskins at Waterloo and wore the Belgic shako, like most British Infantry, including the Foot Guards. 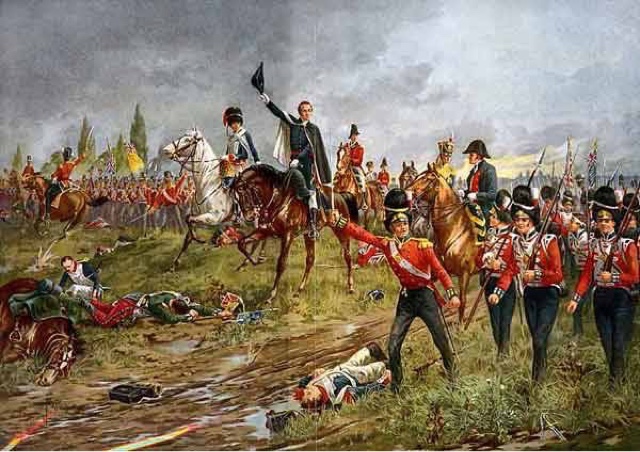 The Victorians played fast and loose with history and loved to show troops at Waterloo in the wrong headdress.  I have however shown their Pioneers in bearskins, which may have been the case.

The figures are at the high end of the 20mm range, largely being Minifigs S Range, some Garrison, a few Les Higgins, and some Lamming.  In the front rank are various plastic conversions and the Airfix set. 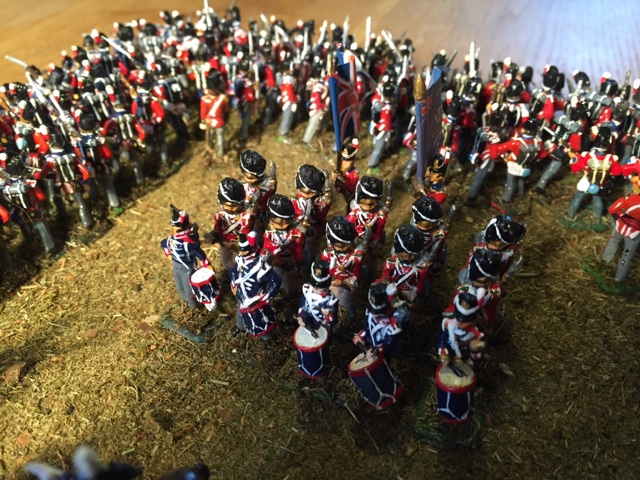 The four mounted officers are Lamming, S Range, Qualicast and Kennington.  There is one Strelets officer in a frock coat. 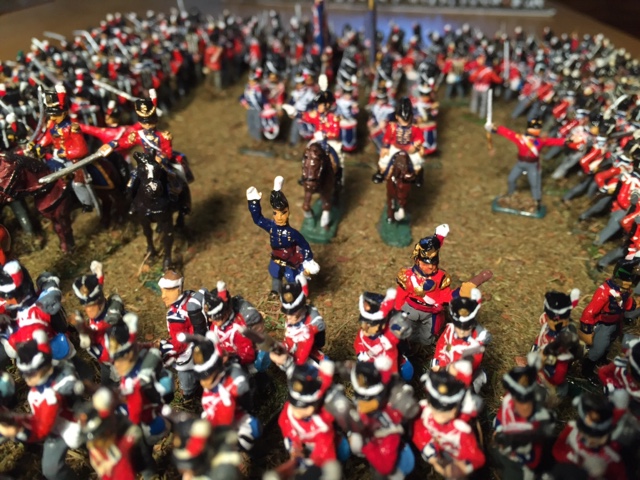 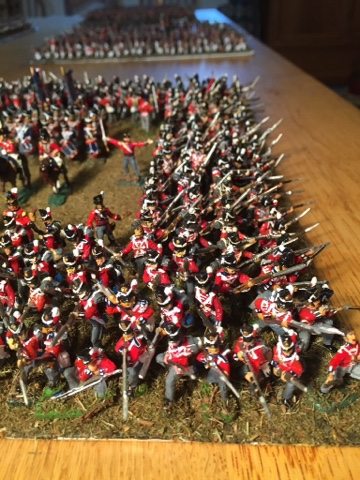 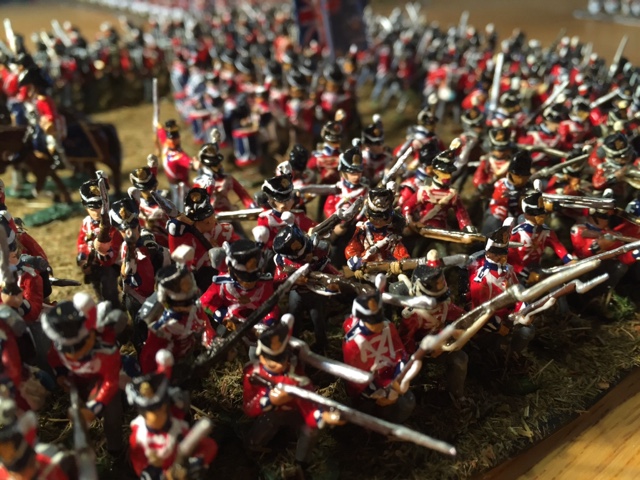 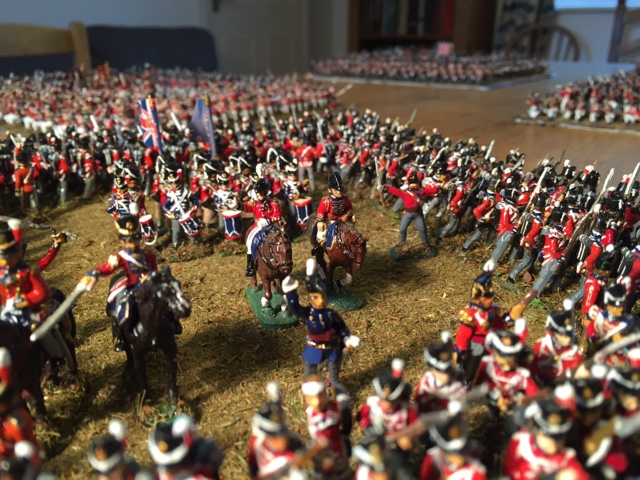 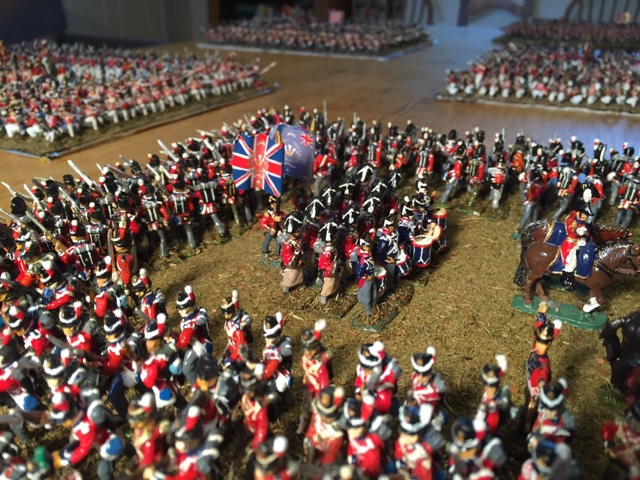 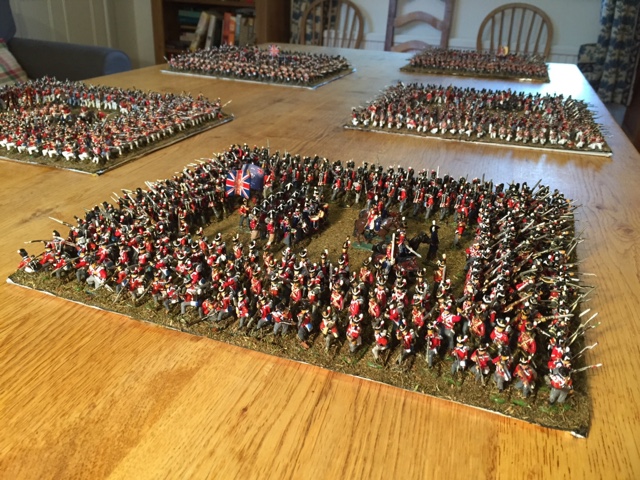 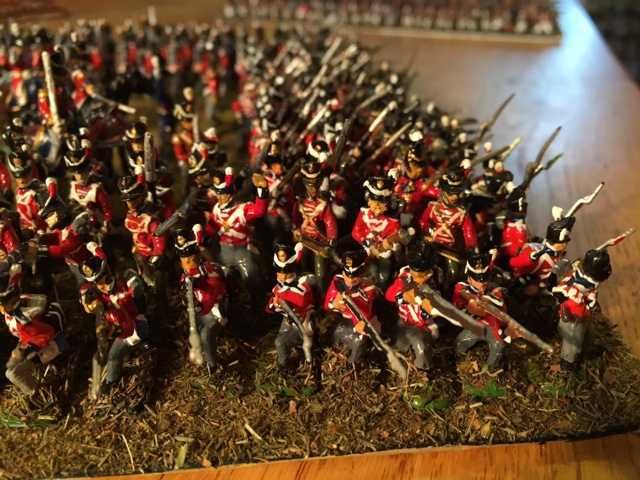 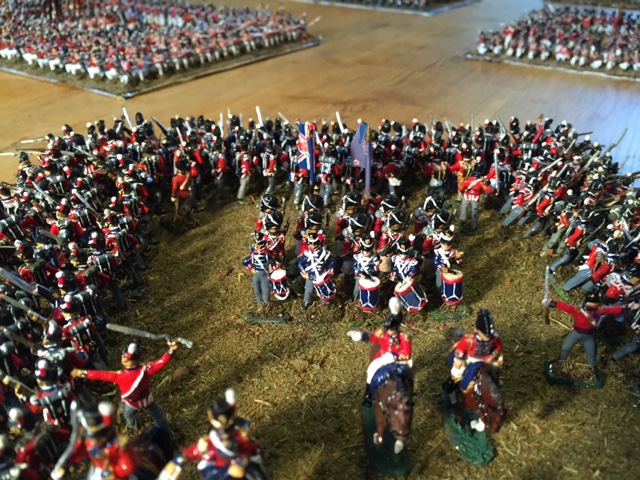 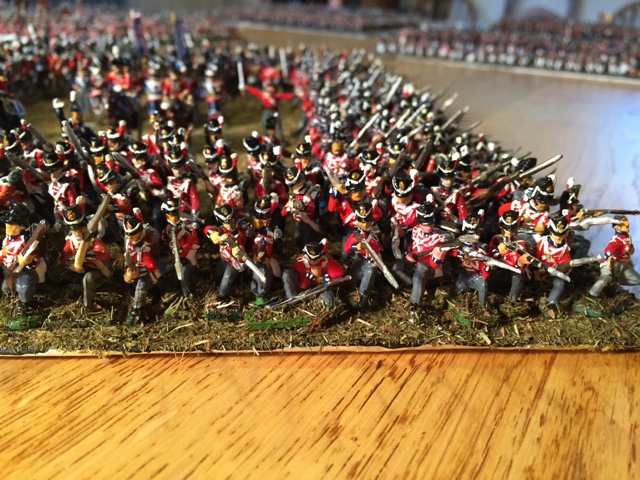 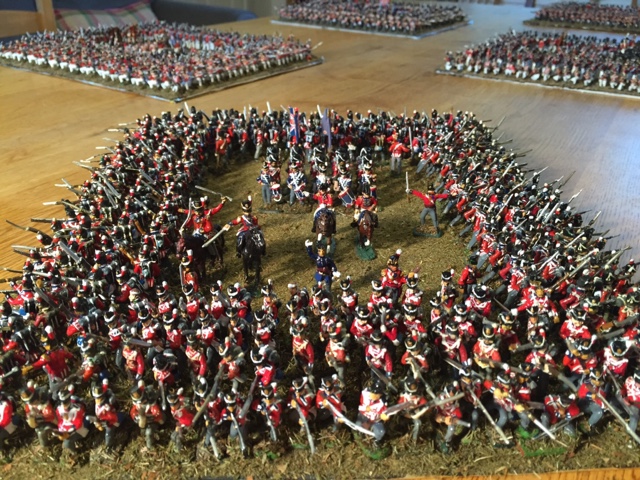 The Battalion did not take an excessive number of casualties, but the Commanding Officer was mortally wounded. 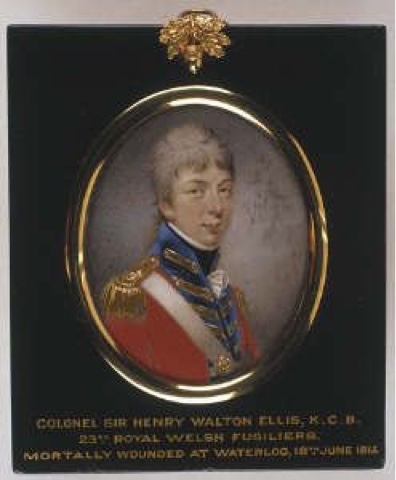