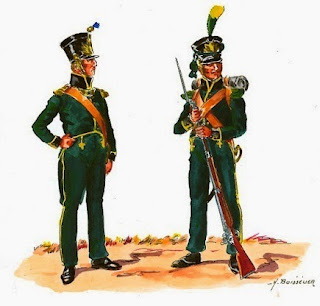 I posted my Hat Industrie battalion of Nassauers a few weeks ago and am now following up with the 2nd Battalion, the bulk of which I painted many years ago, consisting largely of the old Airfix French set, but have since added some more modern figures.

The Airfix French set was definitely not their best but has a certain retro charm.  And because these are kneeling, loading and firing figures they are better suited to a square than to attacking French infantry at Waterloo. 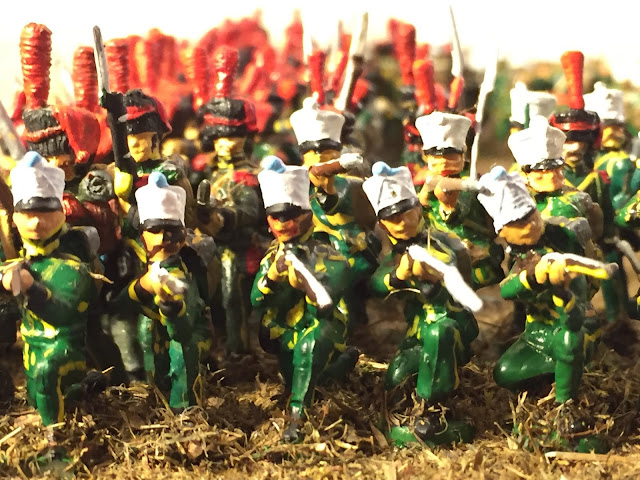 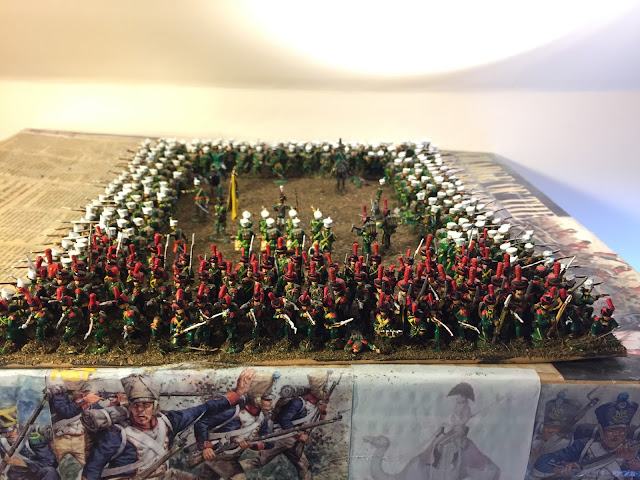 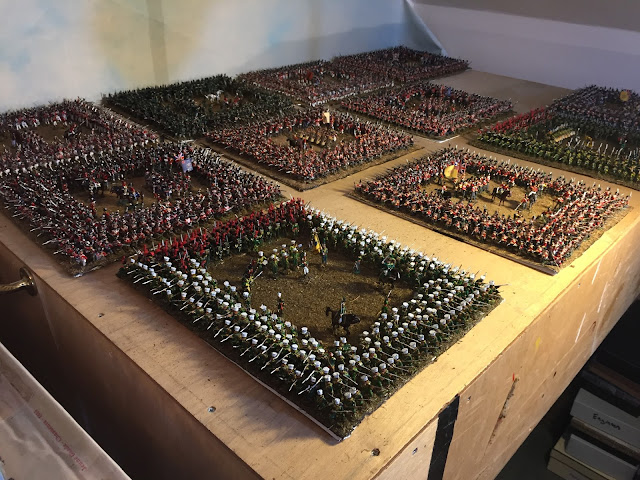 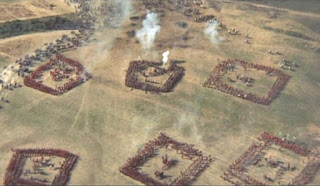 My work on the Allied army continues.  In planning ahead, I have given thought to those units I intend to represent and those I will leave out.  I simply don't have time to do every battalion in the Army, so I have decided to reflect some of the more famous ones and leave others out.

Listed below are the Allied units at Waterloo.  In green, are those that are done; in orange, those that are partly done and in red, those I don't intend to do.

43 battalions in total will be shown - about 16,000 infantry.  I have finished 12 this year, so it should take another three years. .......But then there are the French and Prussians, which should see me through until I kick the bucket!