I've previously shown some of the 2nd Battalion 1st Voltigeurs of the Young Guard but now show the bulk of the battalion.  As with all Guard battalions it is organised in four companies.  The lead company is not yet complete and is shown in skirmish order up against the hedge.  the other three companies are to the rear in column, just to the south of the prebendary on the slope up to the high road.

The battalion is shown with tall plumes which may or may not have been the case at Waterloo, but I like the dash of colour.  The figures are 90% conversions from the new Strelets Bavarians which I like very much.

I think en masse they look very nice.  Many people like all their figures in a mad dash of charging, firing and fighting.  I think this is unhistorical and, especially in the circumstances of a diorama, should mostly be shown out of contact. 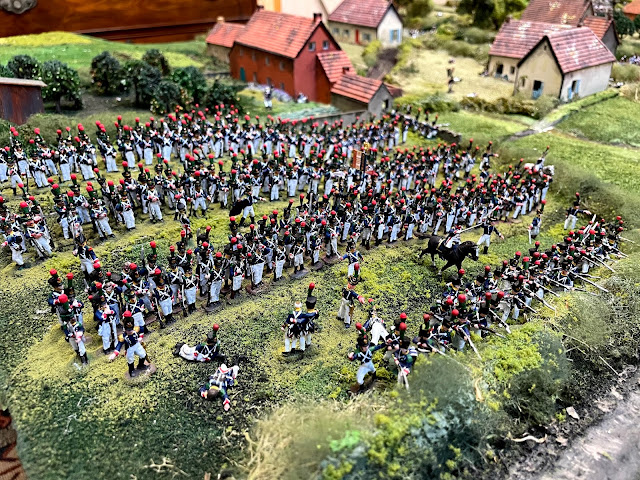 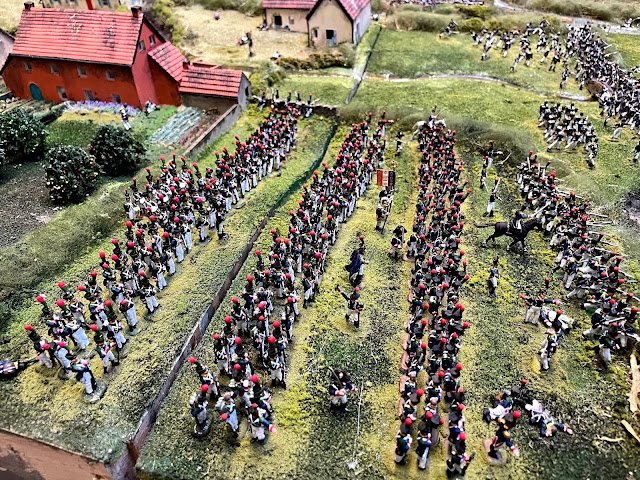 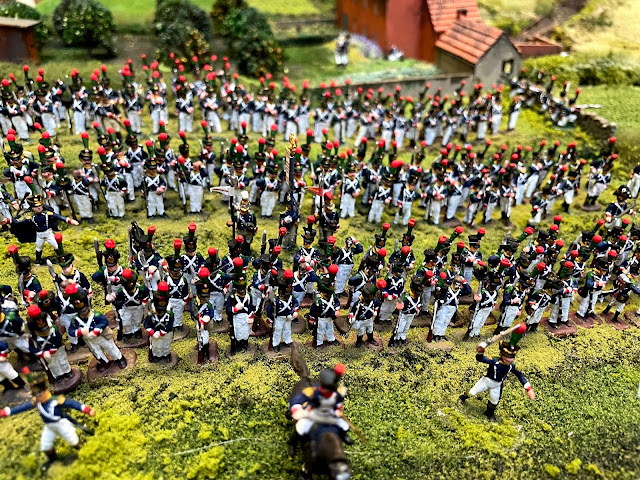 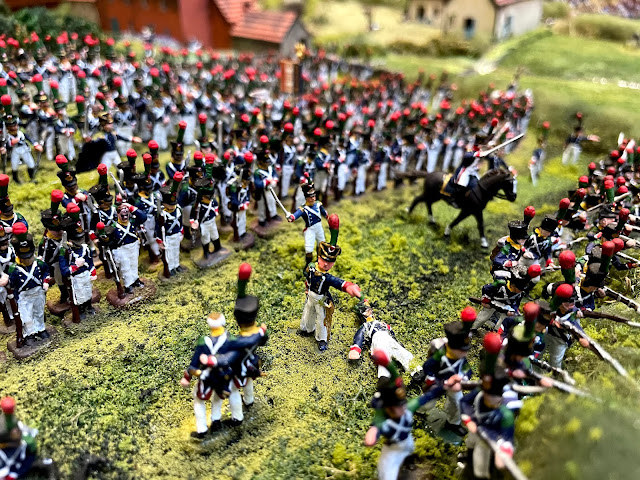 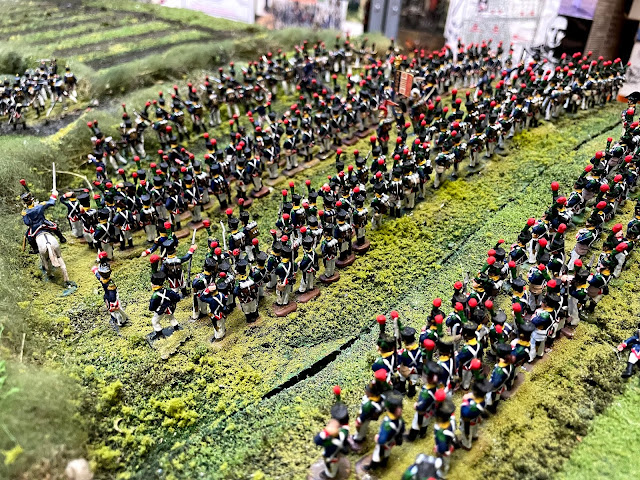 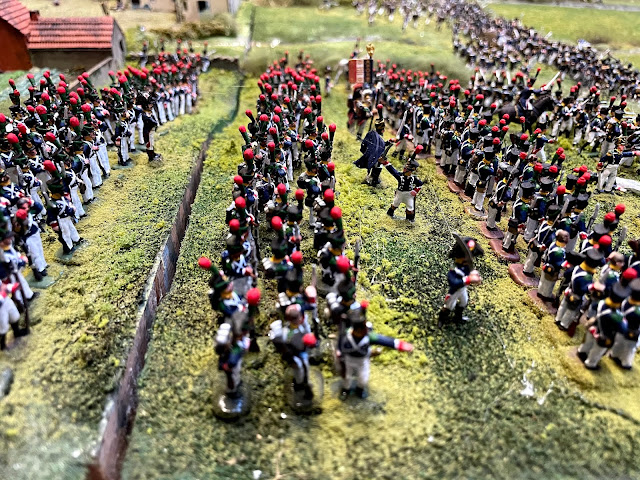 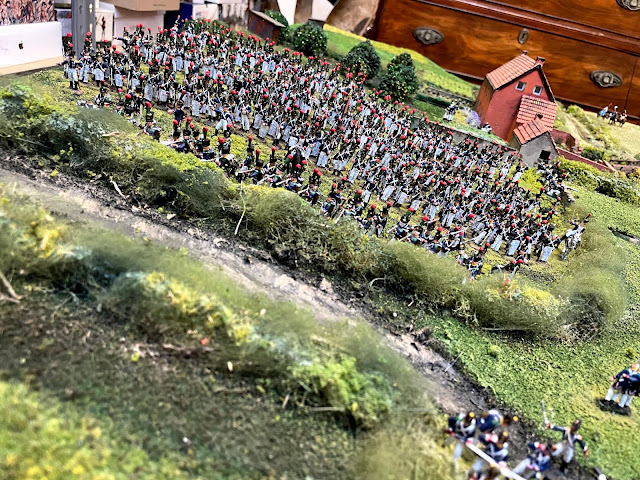 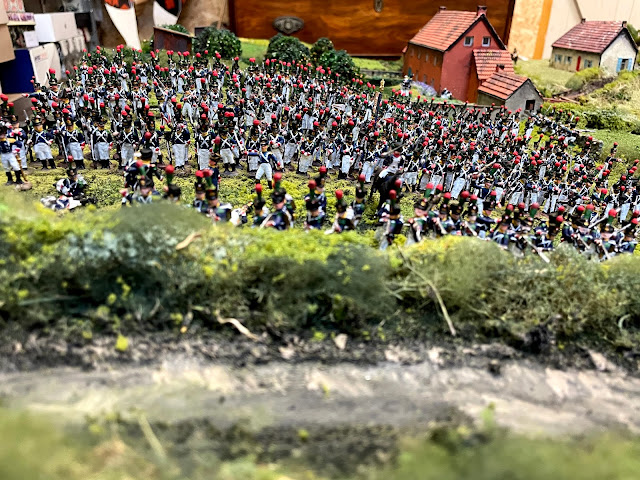 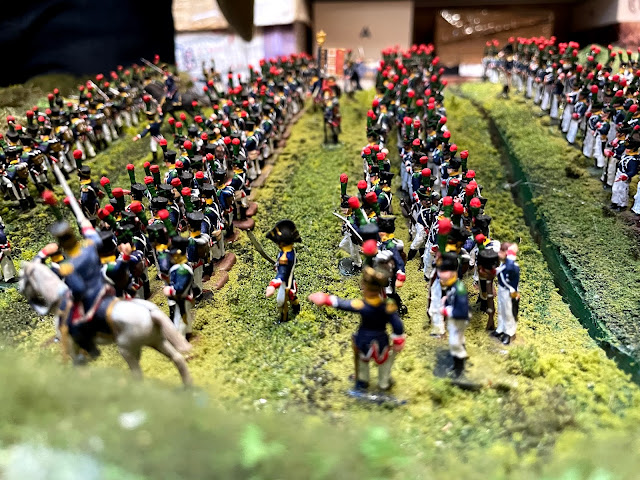 I've taken a short break from the Plancenoit section of the diorama to focus on two allied squares, one Hanoverian and one Brunswick.  The figures have been painted by two of the team, AP and JH (we avoid using full names on the project).

These are a great addition and a huge step towards completing each of the Allied squares present on the Mont St Jean ridge. 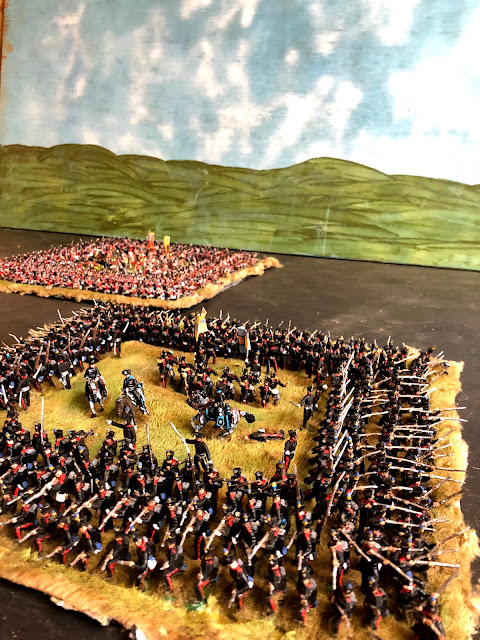 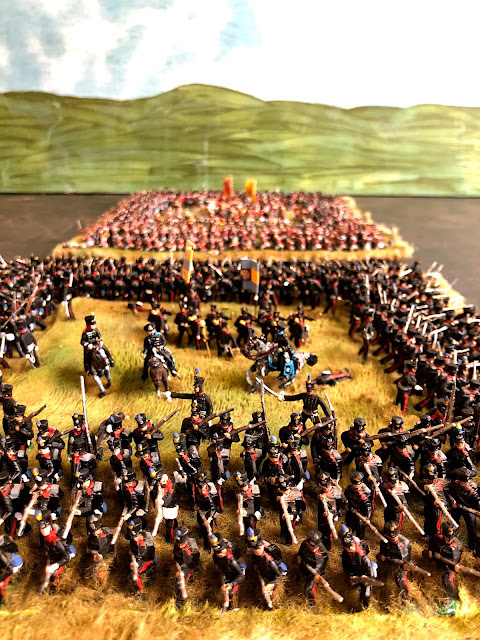 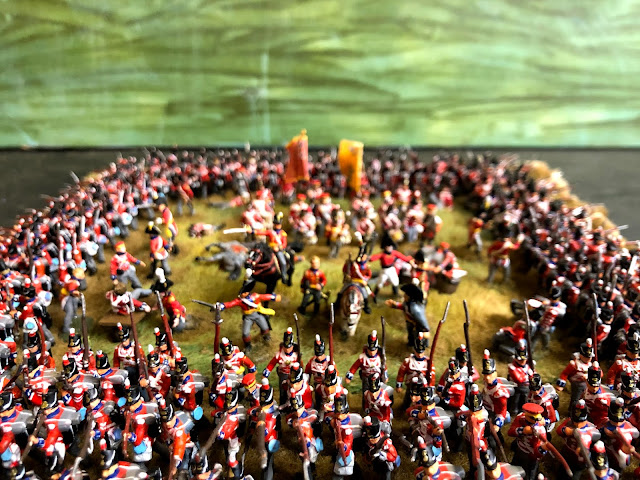 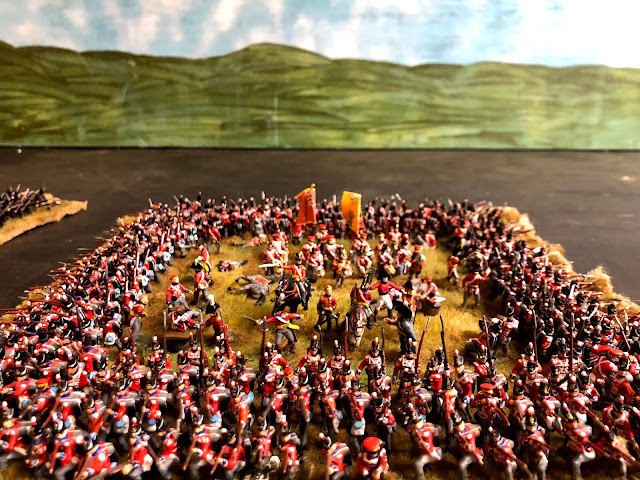 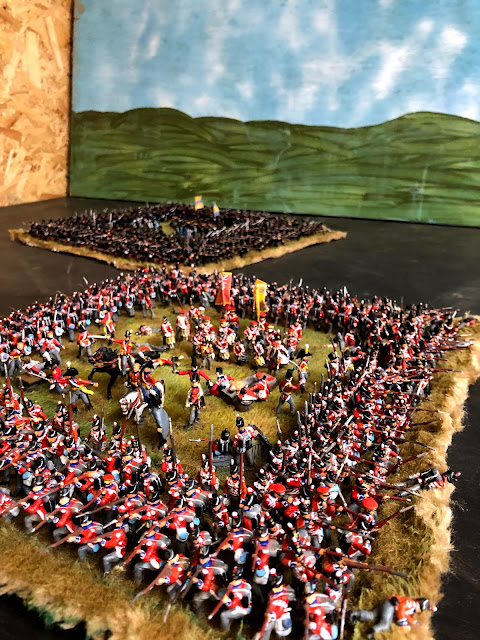 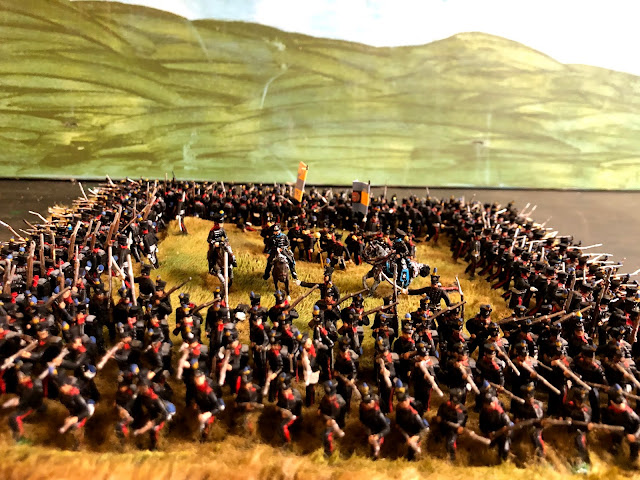 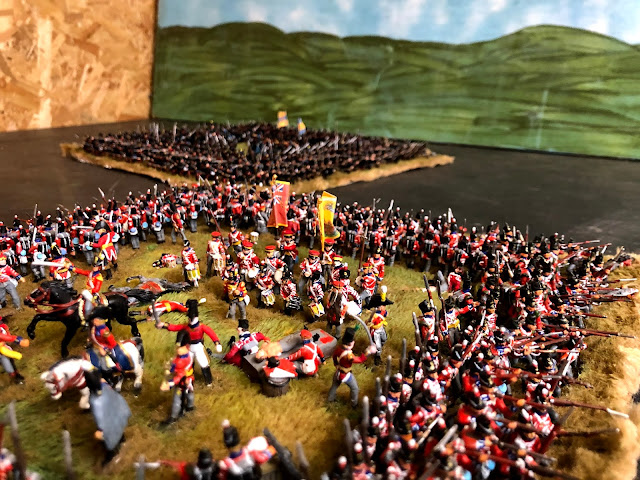 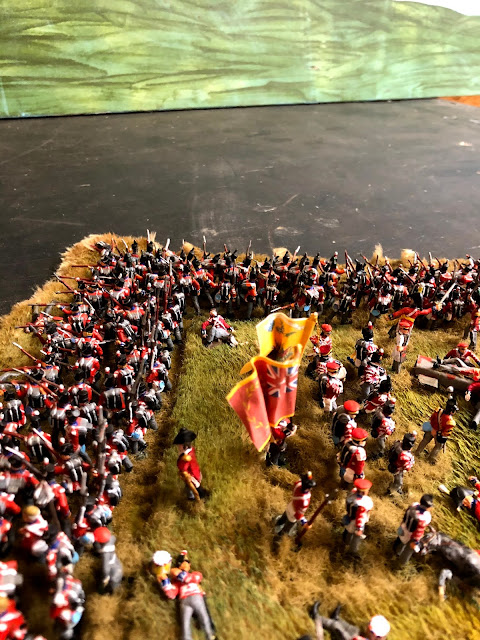 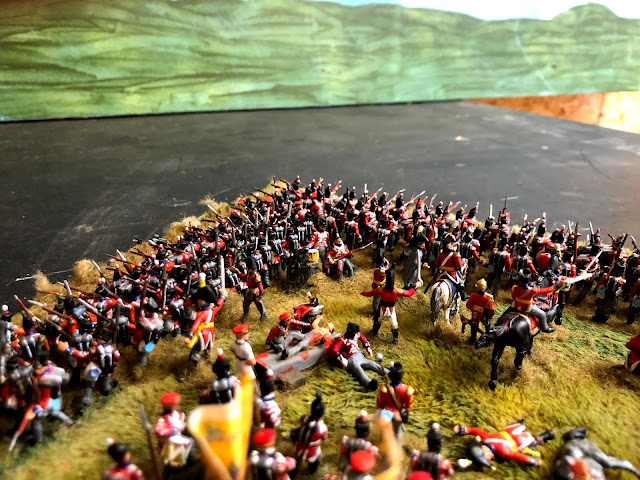 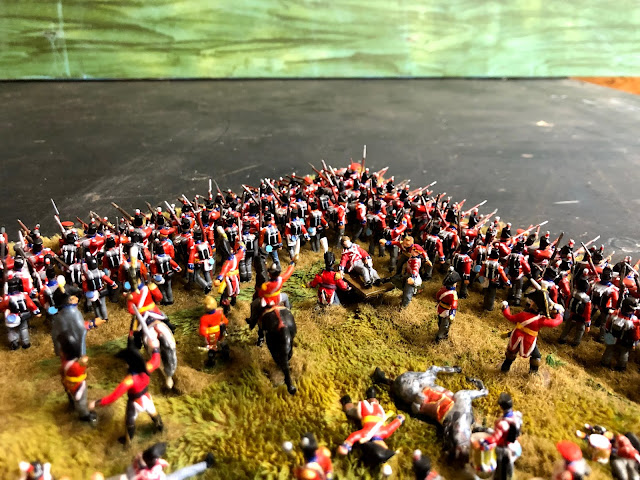 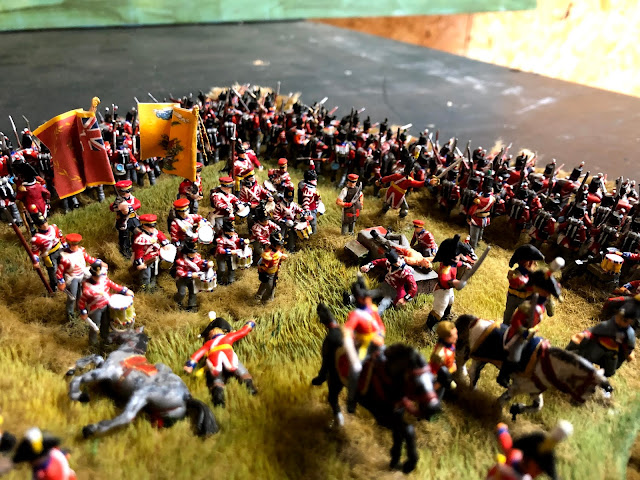 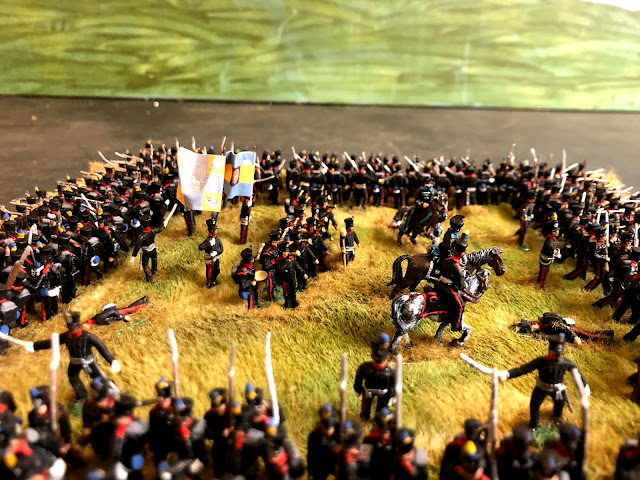