3/1st Foot Guards was commanded by Lt Col Stuart and was in Maitland's Brigade in the 1st Division under Cooke.  It also detached its flank companies to Hougoumont.  The Battalion is shown here in the white cotton drill trousers worn by all Foot Guards at Waterloo.  The figures are the usual mix of Revell, Esci and Hinton Hunt with many conversions. 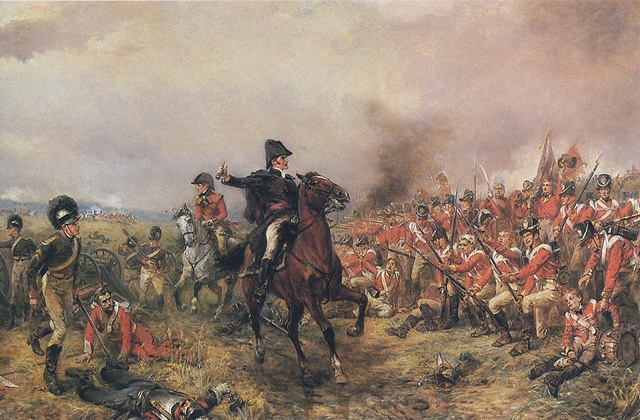 An Art Miniaturen figure rests on his musket 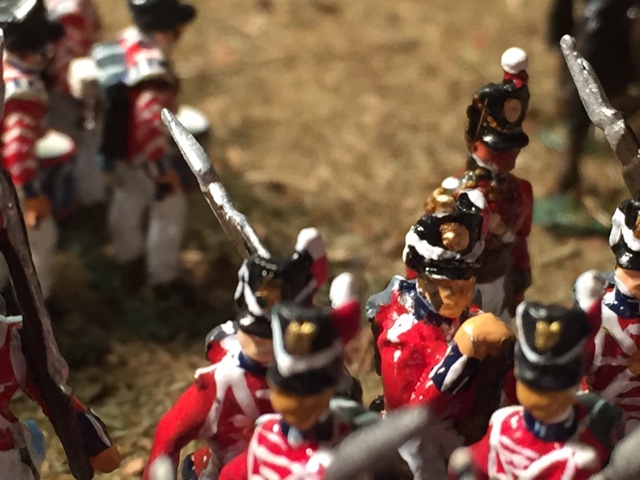 The officer is am Emhar conversion. 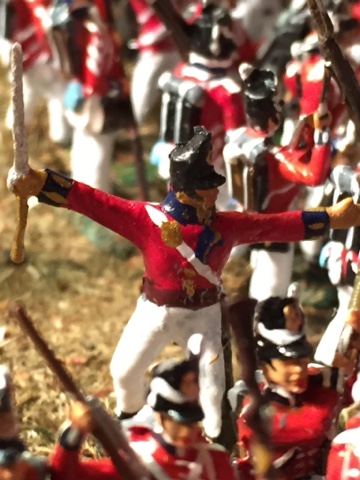 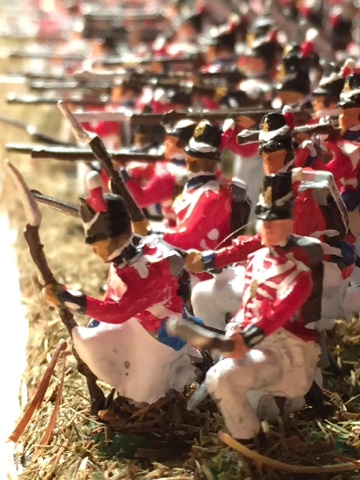 A conversion from the Esci Zulu War British 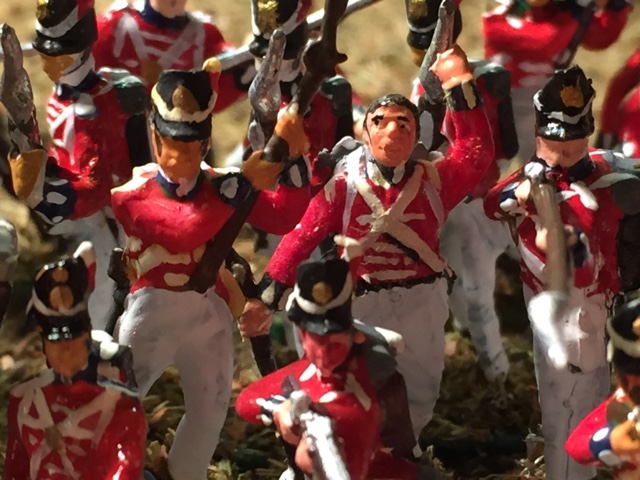 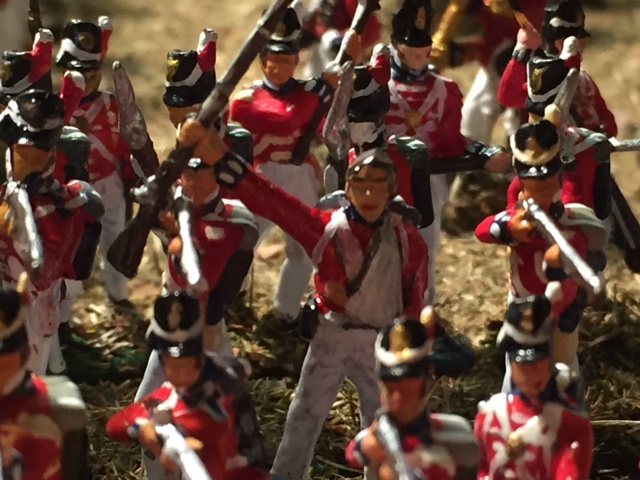 The mounted officers are RSM and Newline.  The officer in front is Imex. 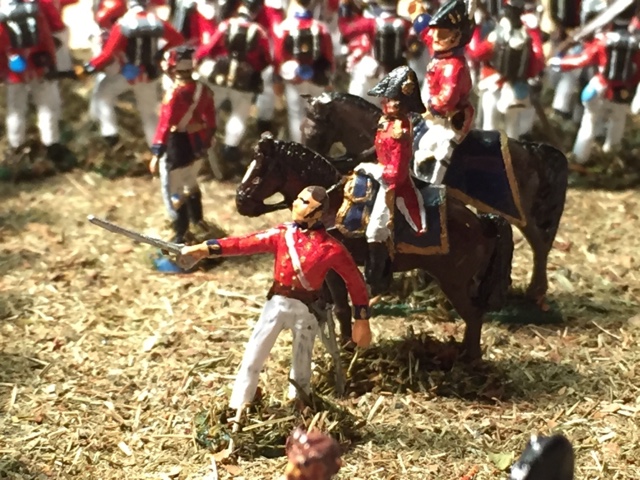 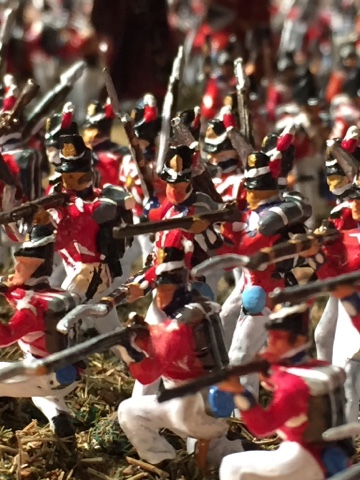 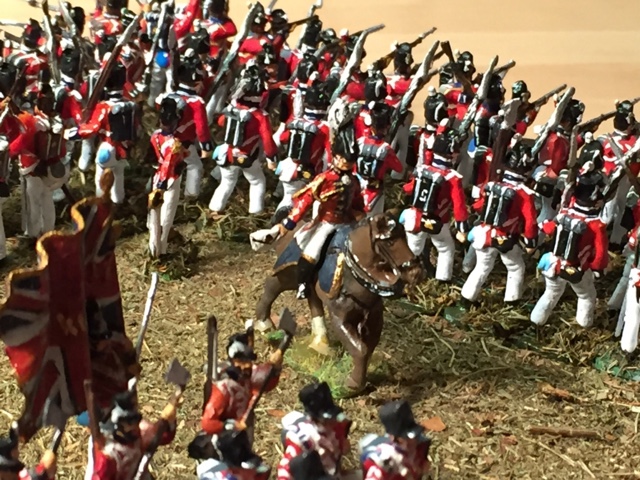 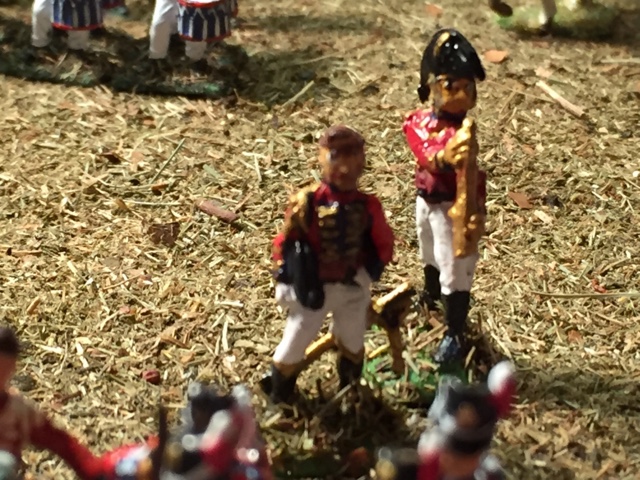 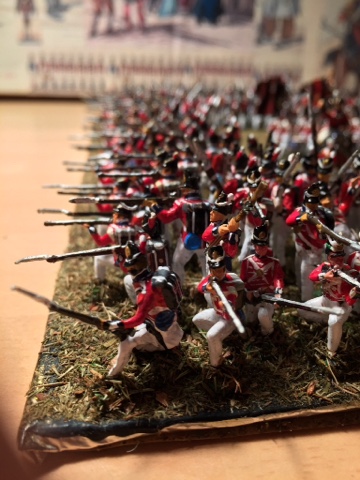 The whole square.  The drummers are Italieri. 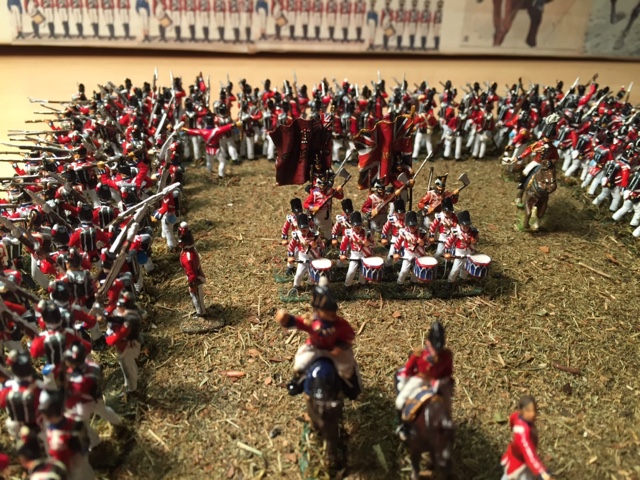 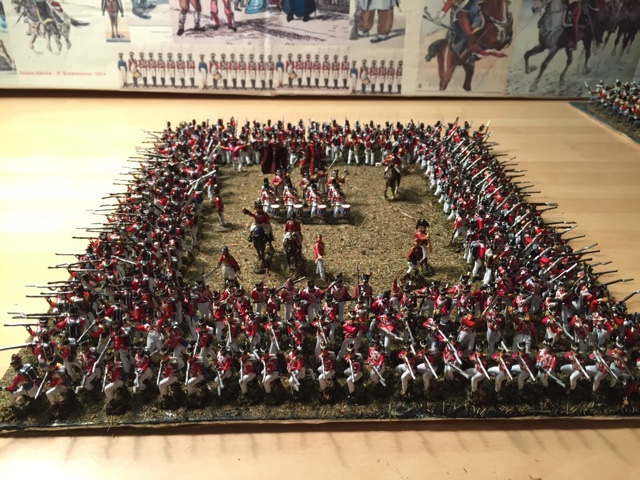 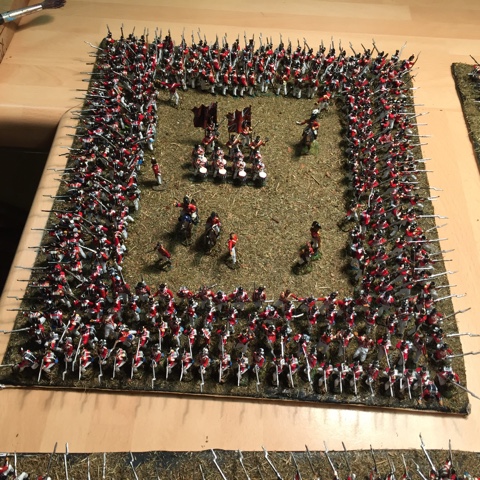 I thought I would show all four of the squares I have finished so far. 21 to go! 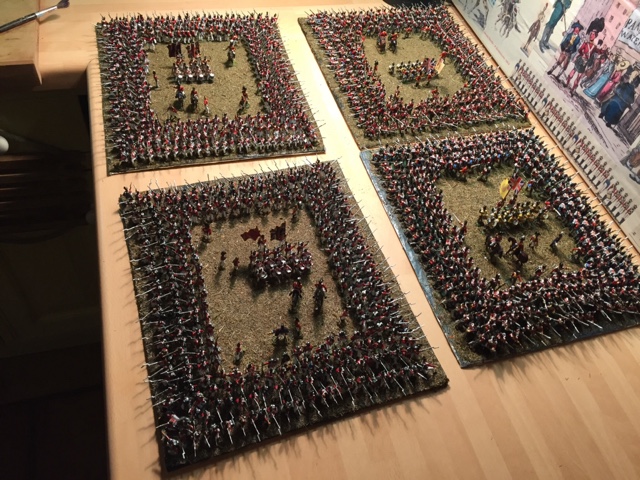 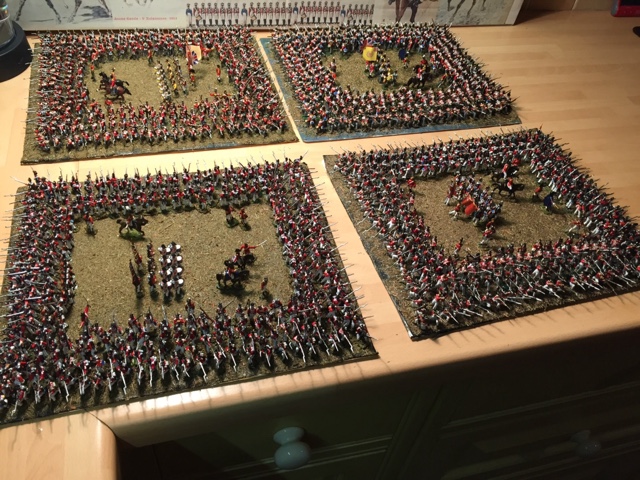