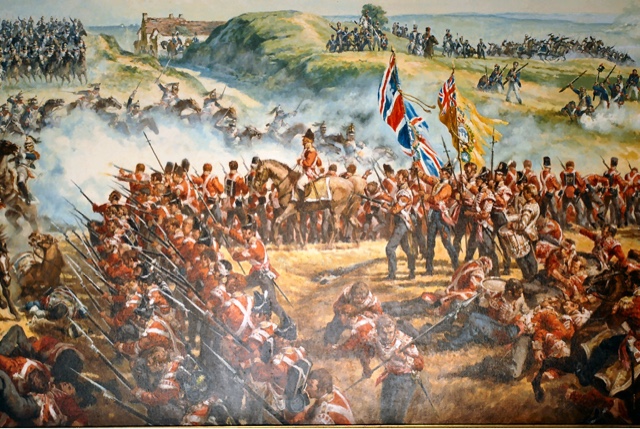 1/27th were part of Lambert's 10th Brigade in the 6th Division. At about 6:30 PM, the French captured La Haye Sainte.  They then brought up several cannon and subjected the Allies to fire at extremely close range. The  698-strong battalion was deployed in square at the point where the Ohain road crossed the Brussels highway. By the time the French withdrew, the Inniskillings had lost 105 killed and 373 wounded, a total of 478 casualties, the highest of any British unit at Waterloo.  The unit was described as "lying dead in a square".

The pictures show an earlier point in the day.  The figures are again a mix of Revell, Esci, Hinton Hunt and conversions. 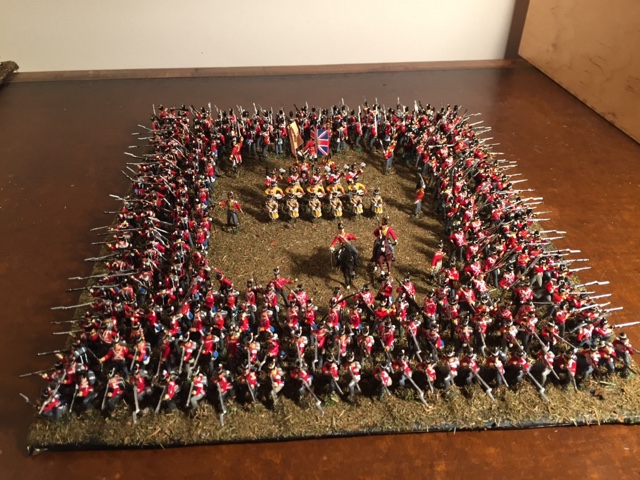 Two officers in the foreground - one Der Kriegspieler, the other 20:20, a short lived firm. 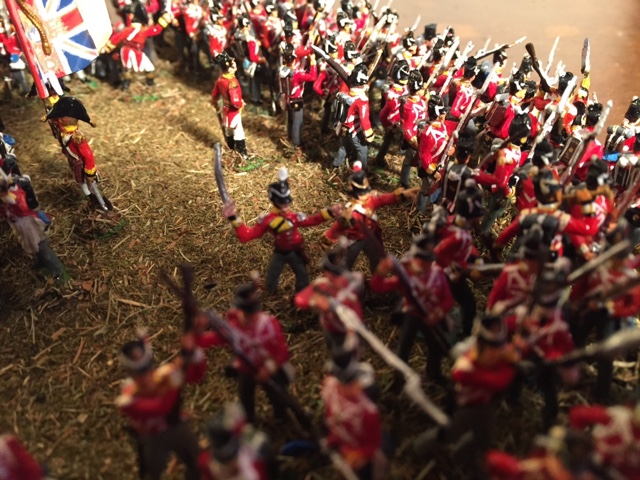 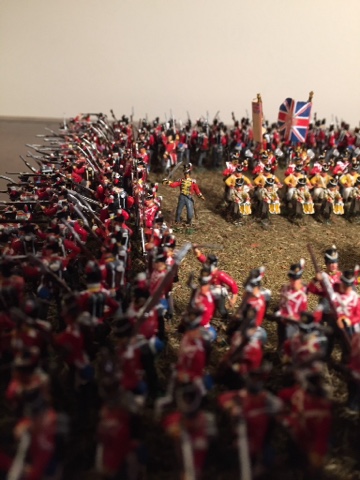 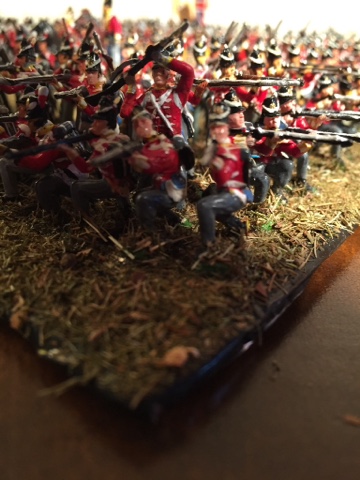 The officer is an Imex conversion. 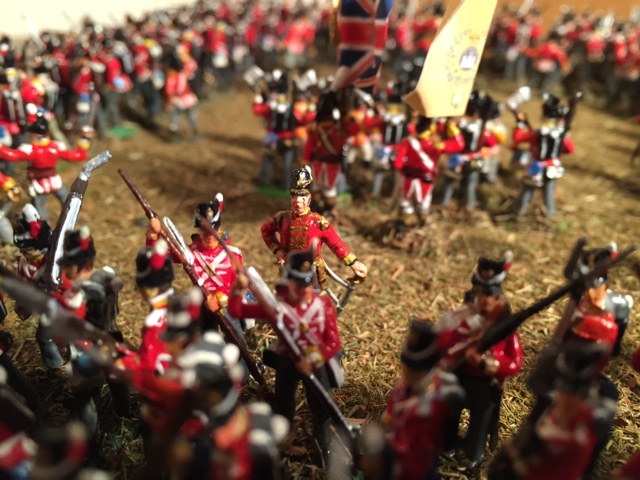 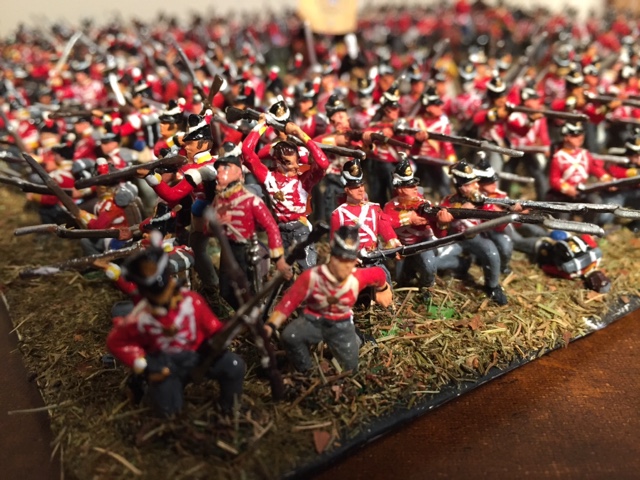 The Colour Party are Hat 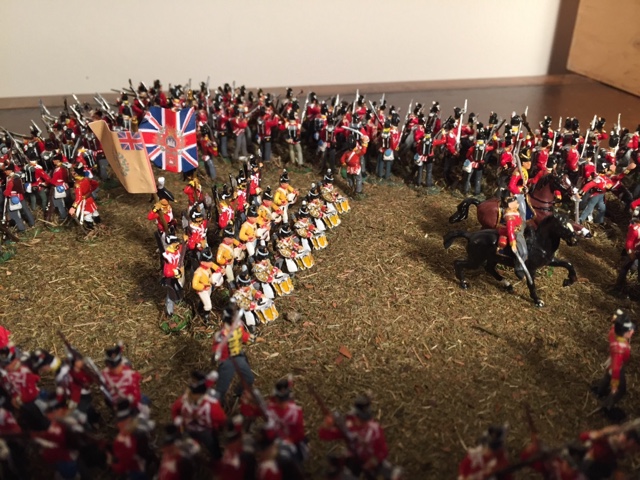 The drummers are Esci in the rear rank and New Line in the front. 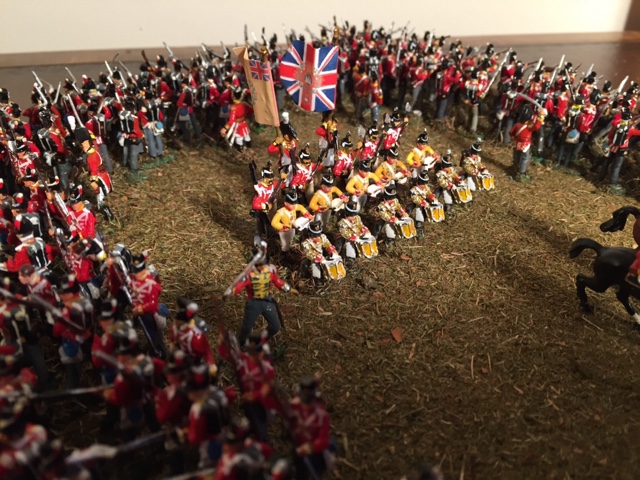 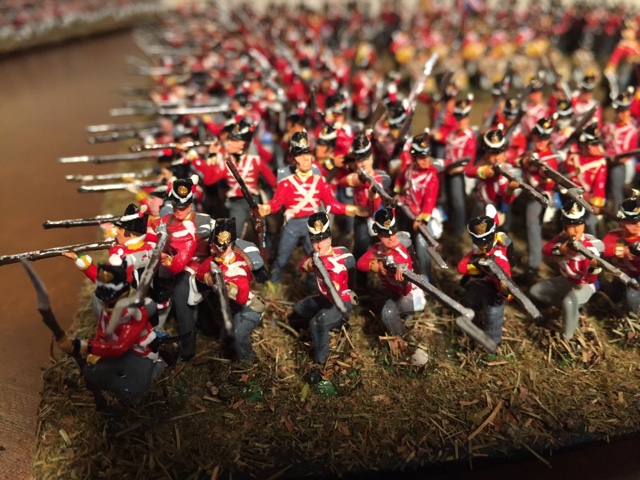 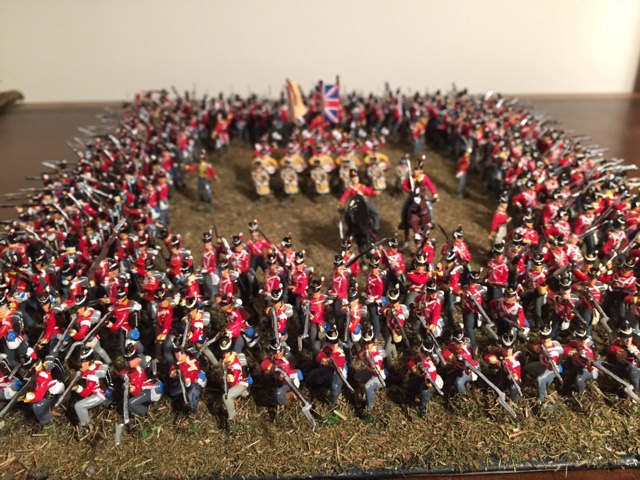