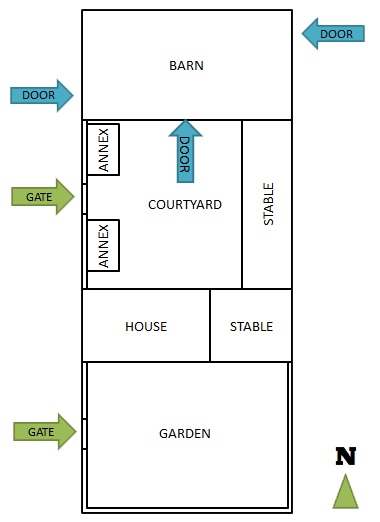 The above diagram is nothing complicated.  But why is Papelotte Farm such a hard subject to research? Even its name auto-corrects to 'appellate'!  While there is any amount of information to be gleaned about Hougoumont and La Haye Sainte, the building that secured Wellington's eastern flank is less well understood.

Part of the reason is that it genuinely was of less tactical significance than the other two more famous buildings.  While Durutte's Division of D'Erlon's Corps made various attempts to capture it from its Nassau garrison, the battle was never of an intensity to cause a serious risk to Wellington's left flank.   Durutte's Division simply wasn't strong enough.

Wellington always suspected this would be the case - partly because he was confident that the Prussians would arrive in time and partly because it wasn't just Papelotte that obstructed French movement: the farms of La Haye and Frischermont, the hamlet of Smohain and the broken nature of the ground all made it unlikely that Napoleon would turn him from the east without a lot more forces.

But despite all this, Papelotte still mattered: the very fact that Wellington had far fewer troops on his eastern flank than in the west meant that the farm had to be held.  And a link-up with Blucher would be hard if the French had captured Papelotte.

The other reason that so little is known of Papelotte is the anglo-centric nature of the historiography and of the art - because German troops held Papelotte, few of the major Waterloo historians or artists paid it much attention in the 19th and 20th Centuries.

Recently, there has been a fashion to accentuate the nature of Waterloo as a 'German'  victory, but this hasn't resulted in a definitive description of what the farm looked like. Even the course of events at Papelotte is uncertain - some historians uphold Durutte's assertion that he captured the farm, others are certain that he did not.  The farm is also the possible location of a 'blue on blue' at the end of the battle, when Prussians may have opened fire on the Nassauers - their French style uniforms leading to confusion - but even this story is not certain.

Old photographs show the farm in its Victorian condition with a large tower, or belvedere, over the gateway.  This did not exist in 1815.  This photograph does give a good sense of the massive size of the barn which is at the north (left hand) end of this photograph.

Returning to a theme of my La Haye Sainte post, it's interesting to note that the older photograph shows some whitewash to the walls, while the modern photo below indicates a much more weathered look. 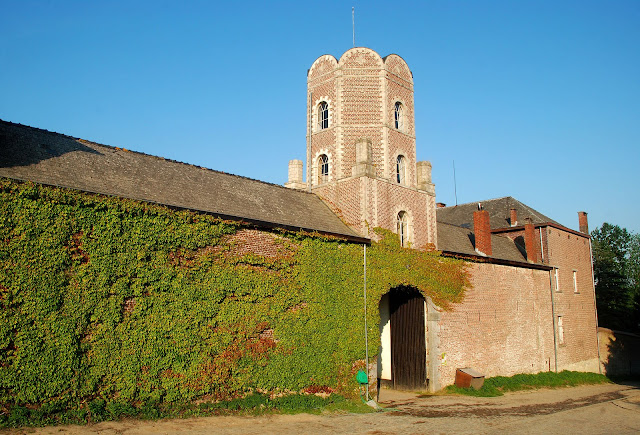 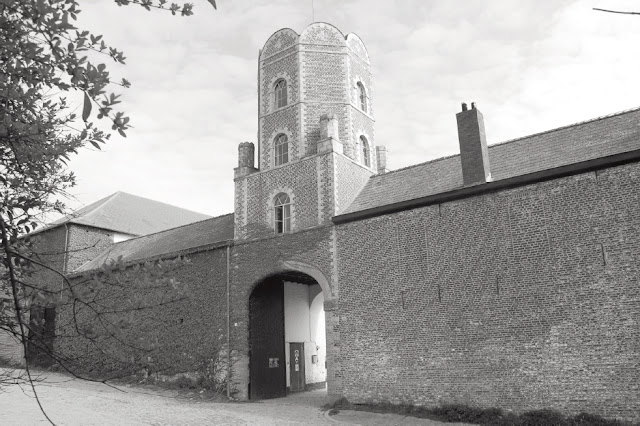 These aerial photographs show the extent of the complex and their  relationship with the other buildings in the area:

This photograph again shows the size of the barn, which dwarfs the other buildings: 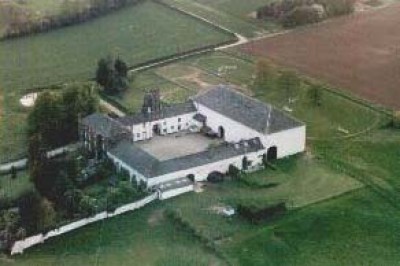 These photographs show the interior of Papelotte today - a perfect defensive position, although hard to fire out of. 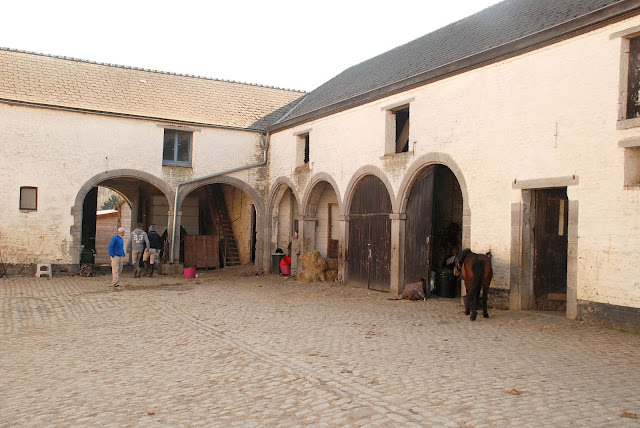 This is the view from the south - in other words, the view the French would have had as they assaulted northwards: 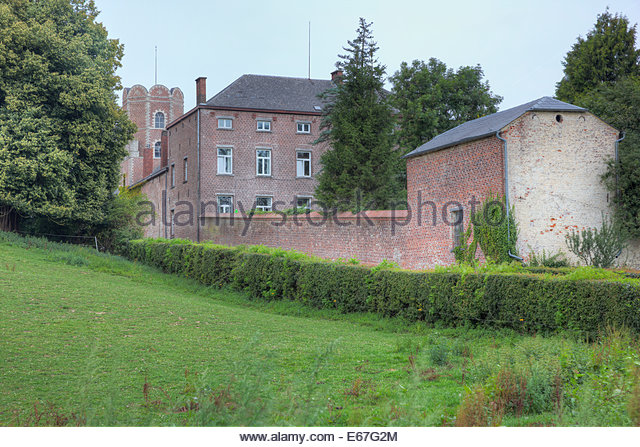 The Nassau contingent at Waterloo was in two parts - the first under Colonel Kruse in the centre of the Allied position (with a detachment at Hougoumont).  The second, under Prince Bernhard of Saxe-Weimar (shown here in middle age), held the eastern flank. 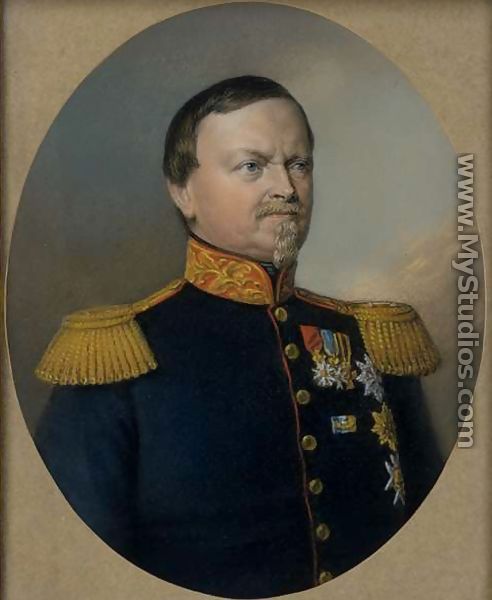 This picture shows Prince Bernhard with his green coated staff at Quatre Bras: 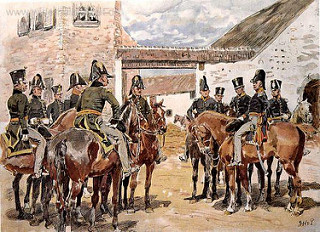 Here are examples of Nassau Infantry: 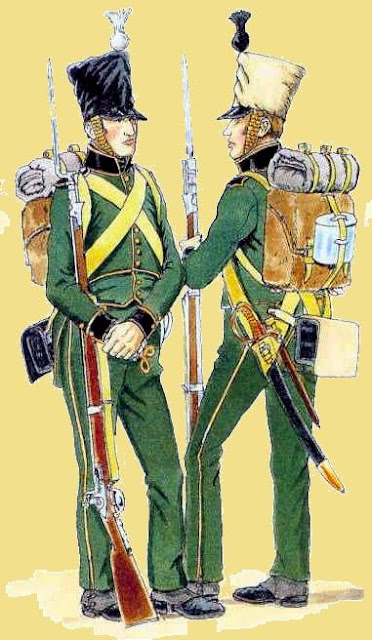 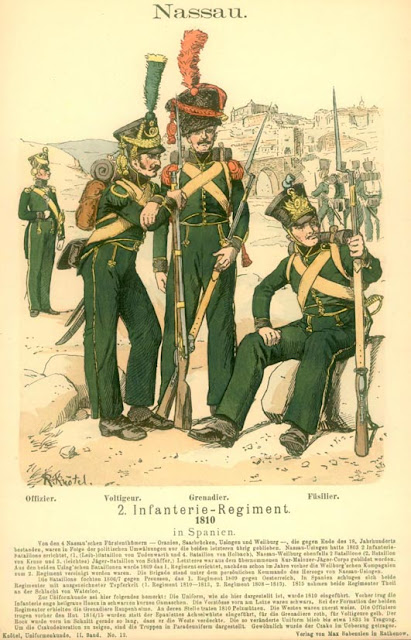 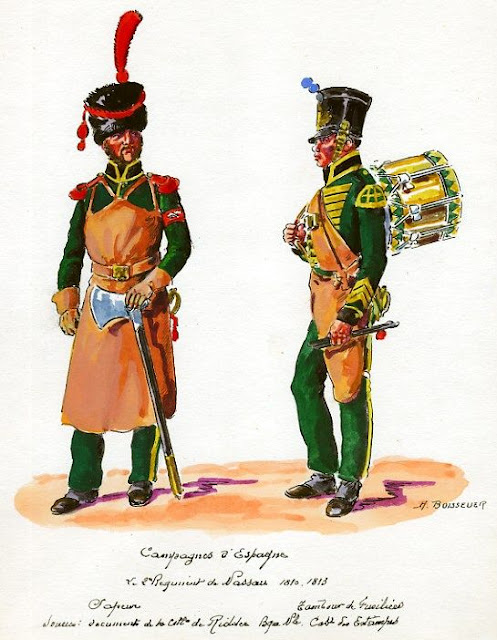 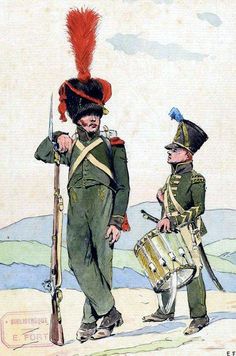 His opponent, General Durutte, was a veteran of the Revolutionary Wars, who only reluctantly embraced Napoleonic France: 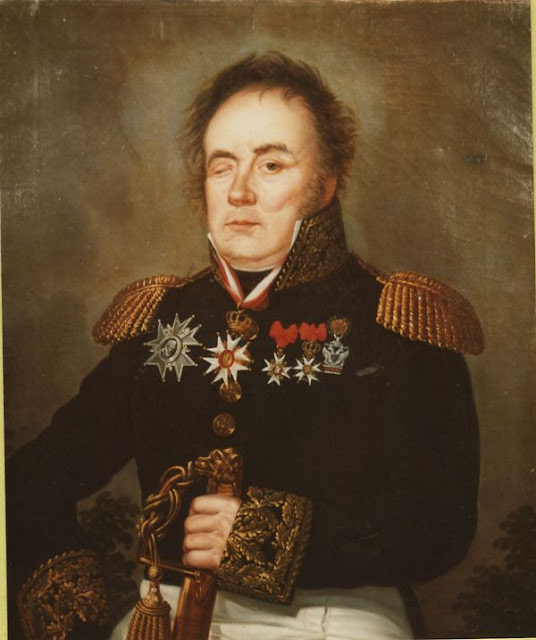 Attempts to show the farm vary quite considerably.  This model makes the simple mistake of showing the farm in its post-Victorian condition: 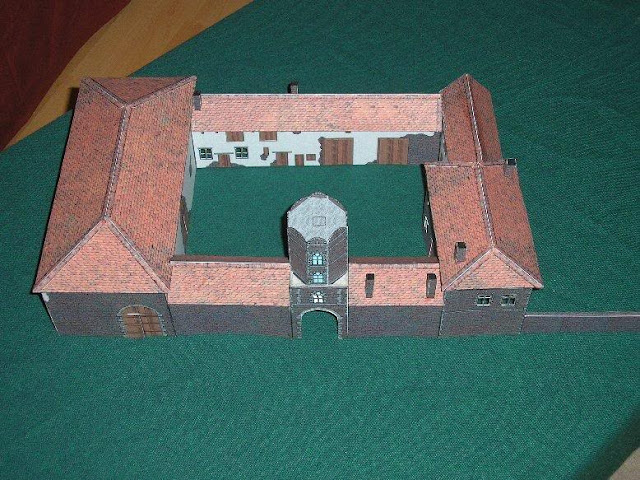 This commercially available model gives the farm too square appearance but rightly apportions scale to the barn.  But it's hard to see where the gate tower comes from - I know of no contemporary picture that shows this configuration.  Could the modeller be confused by the tower at Mont St Jean Farm, which looks similar? 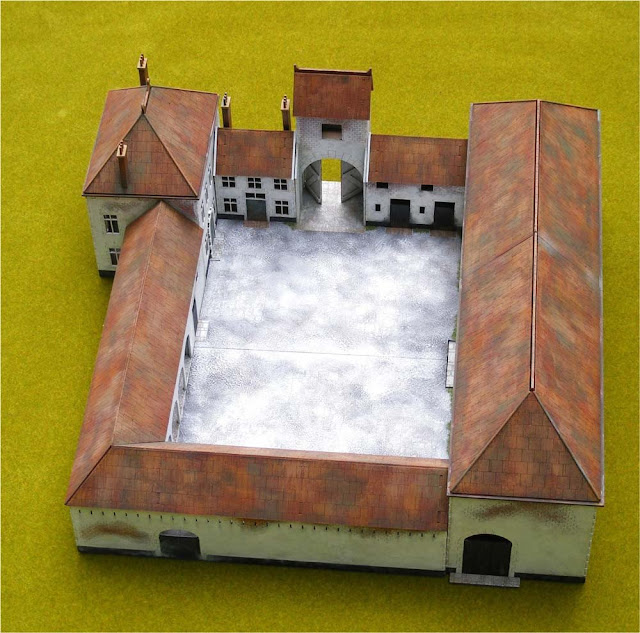 This scratch built model suggests much more effort to get at the historical reality.  The gate tower  does not feature and the model 'feels' more appropriate for 1815. But the barn at the north end looks too small in relation to the buildings on the west side: 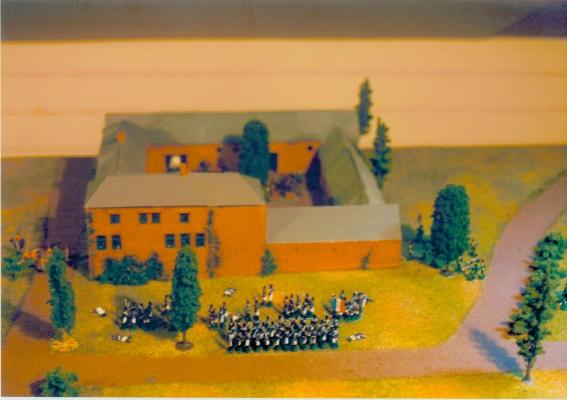 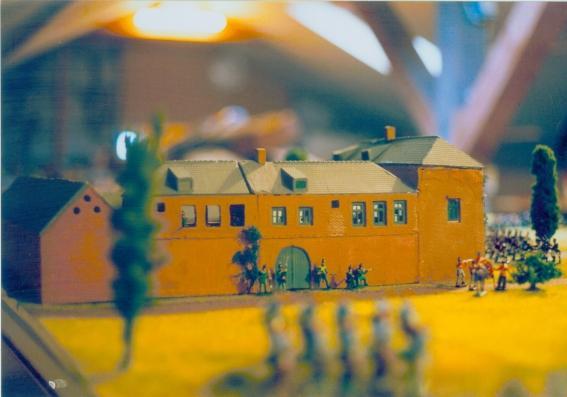 This smaller model, given its scale, lacks much detail but feels about right: 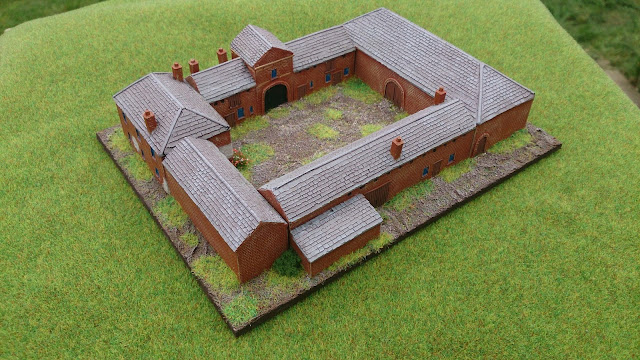 But what is missing for me is any hard evidence of what the building looked like in 1815 as I don't want to rely on secondary sources or guess work.  If anyone has a contemporary picture of Papelotte in 1815, I'd be really grateful!

Postscript: I've recently found this photo which seems to be of Papelotte and shows the farm without the Belvedere - this might be the best source for 20mm reconstruction. 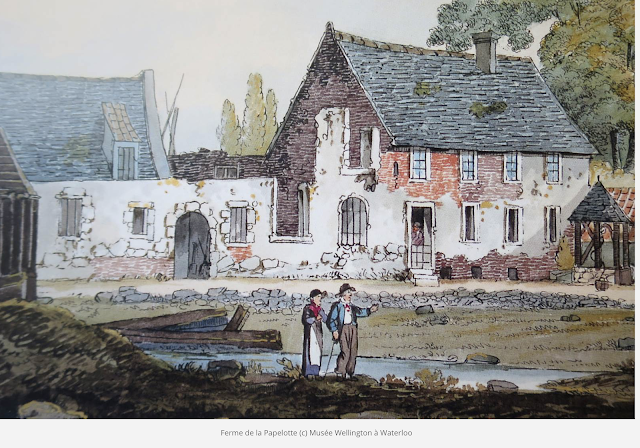