It's been a while since my last post, but I haven't been idle - this is a much larger project than before and done from scratch.

Kielmansegge's Brigade was posted just to the west of the crossroads and was formed in two double battalion squares.

There are a few issues with my Hanoverian Landwehr which those in the know will quickly pick up on.  The first is that I have formed this double square of the Bremen and Verden Field Battalions.


The battalions are shown in Feldschmutze, the depiction of which has become increasingly fashionable in recent times, but where is the primary source evidence that this was the case?  Siborne is clear that all the Hanoverian battalions wore shakos, either Belgic or conical, but I have gone with the Feldschmutze, largely because I was after a different look.  But my suspicion is that only a few wore Feldschmutze and the majority wore shakos.  I have shown this battalion in blue facings, although Siborne states they were black.

Finding enough 1/72 infantry in Feldschmutze is difficult - there aren't any plastic Napoleonic figures, other than the 8052 Hat Prussian Reserve Infantry and the Airfix Landwehr.  So to make up the numbers I have enlisted a great many plastic American Imex figures and metal Kamar and New Line figures.


I've added in some Feldjager Corps - I have shown them in Litewka largely because I have adapted the Airfix Prussian Landwehr set and because the Feldjagers wore Litewka when they were first raised in 1813 and carried on wearing them until 1814.  While it seems likely that by Waterloo they had been issued short-tailed British Riflemen's jackets, other sources state that they retained the Litewka and this seems a good place to use up the sedentary Airfix Prussian set in this square. 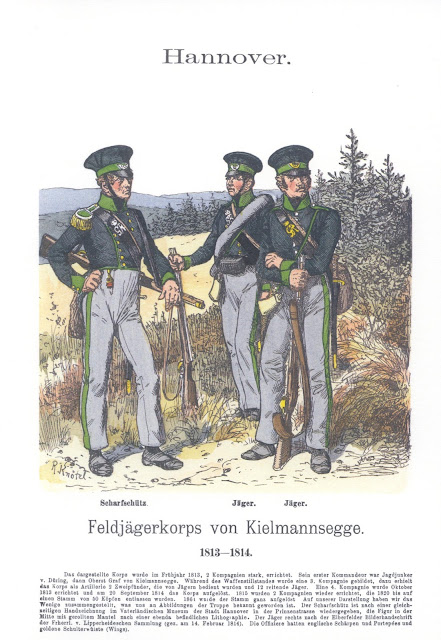 This is my first double battalion square, which gives a good sense of the extra space that these took up.  Kielmansegge's brigade wasn't the only one posted in this way: Colin Halkett's Brigade did the same. 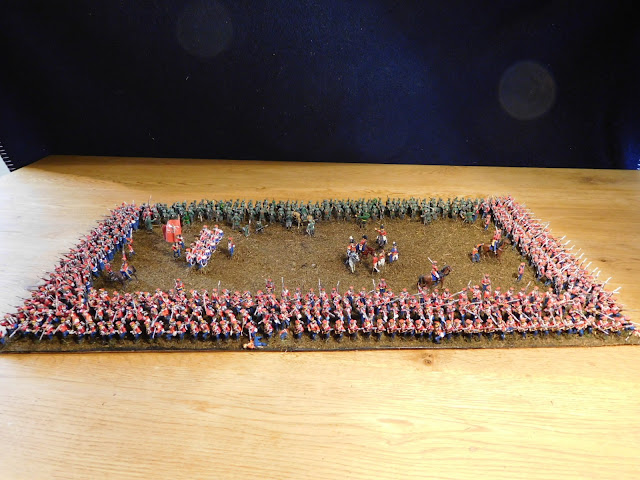 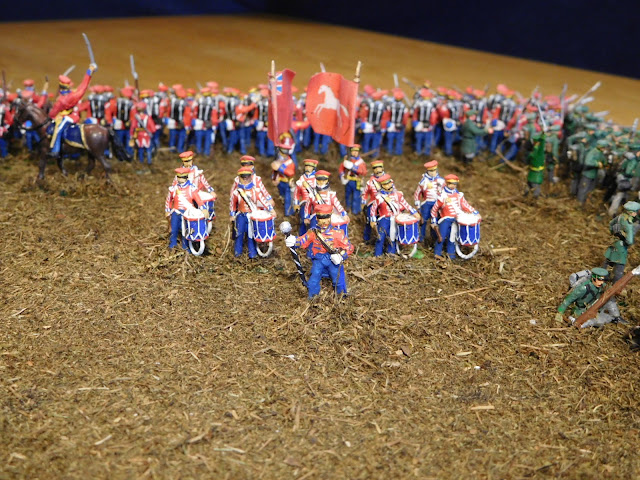 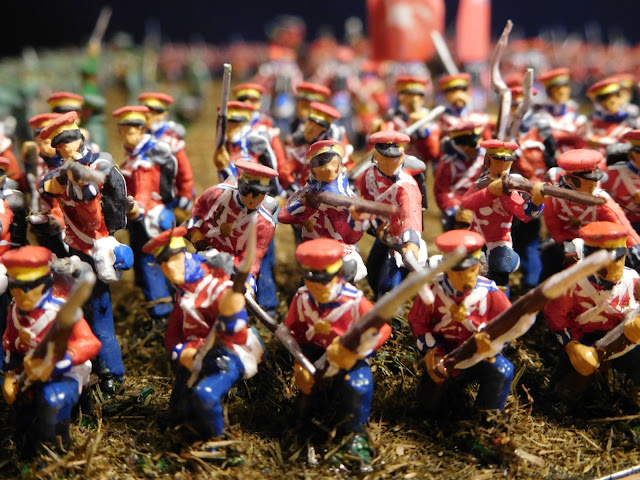 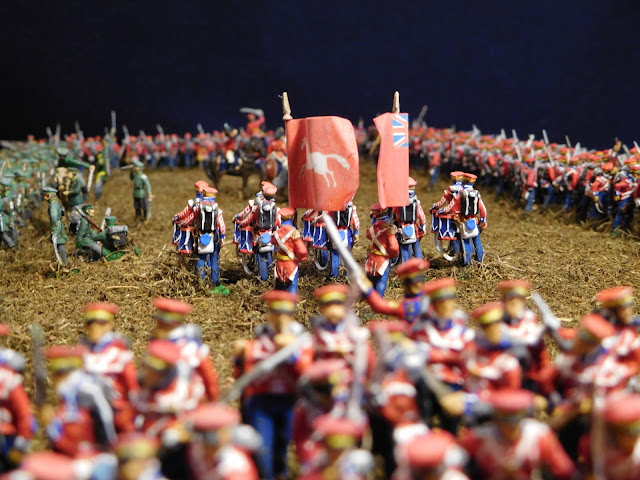 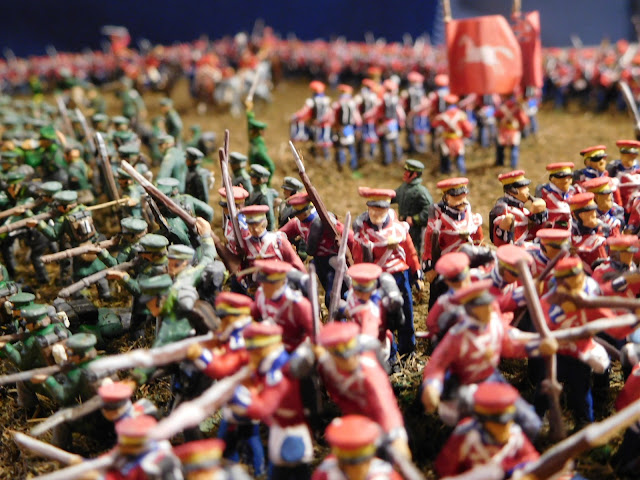 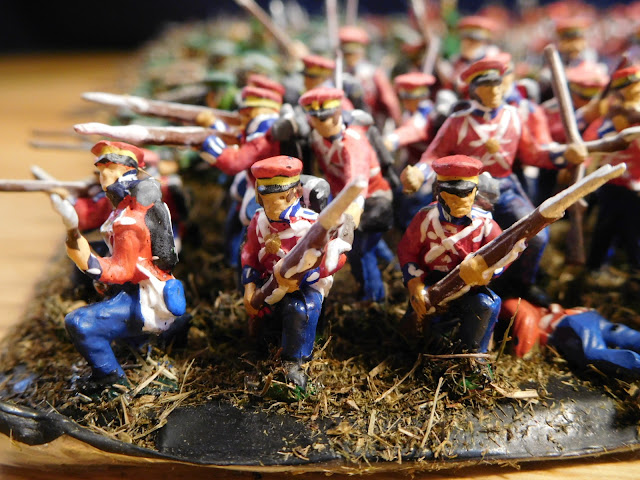 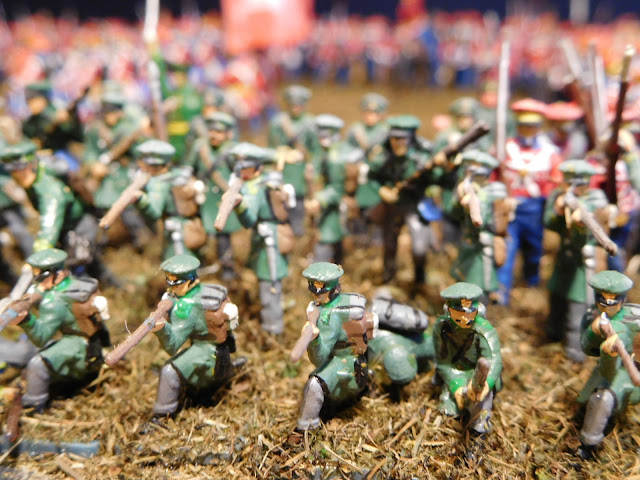 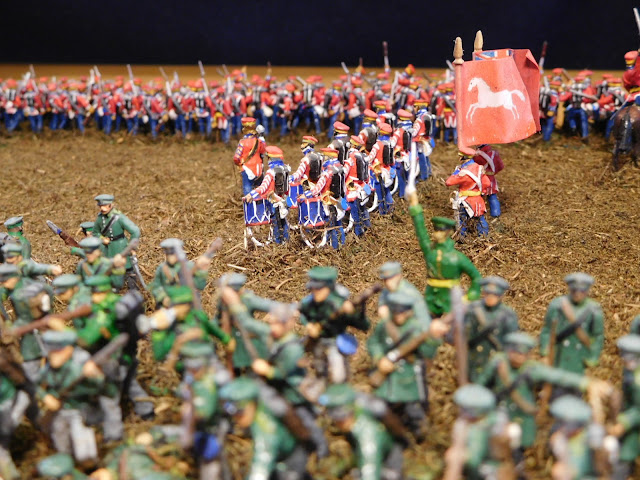 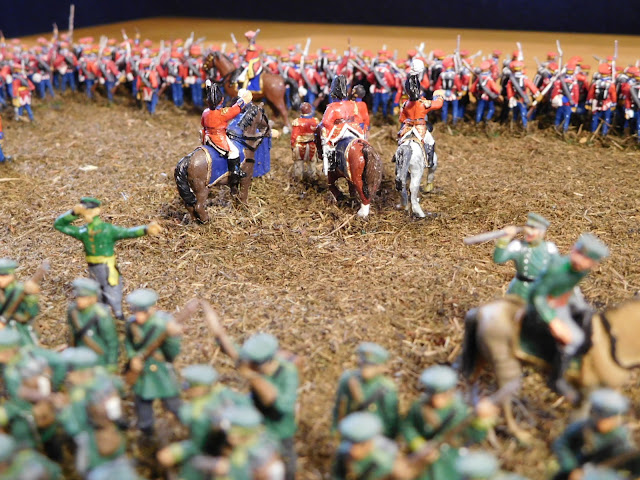 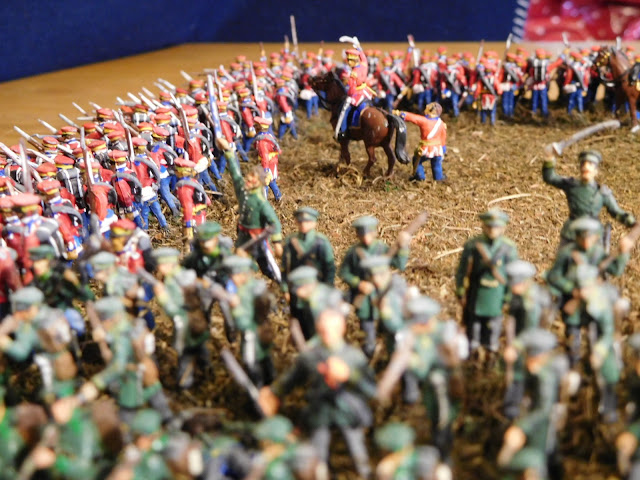 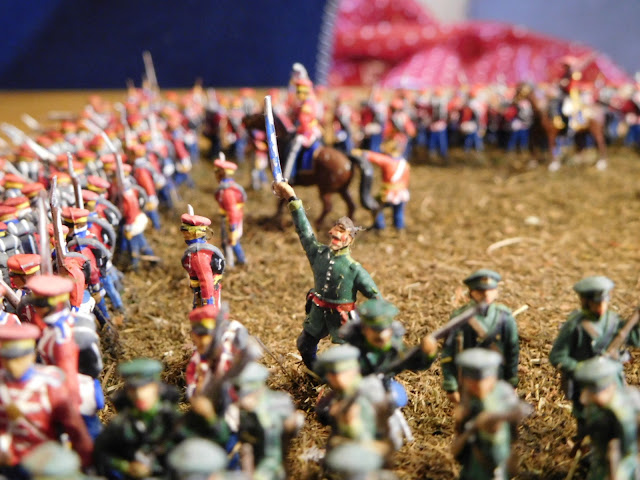 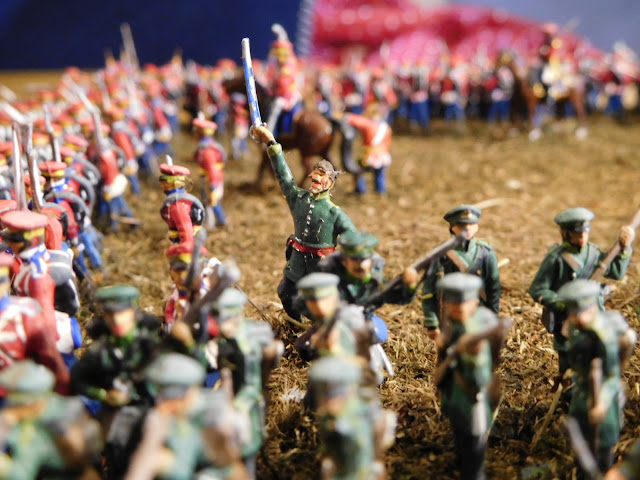 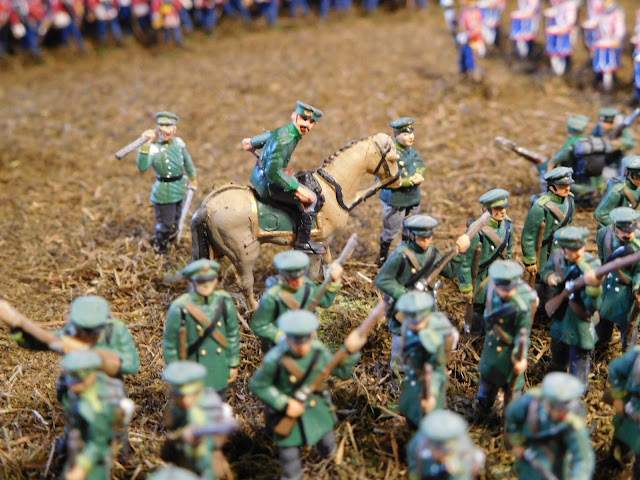 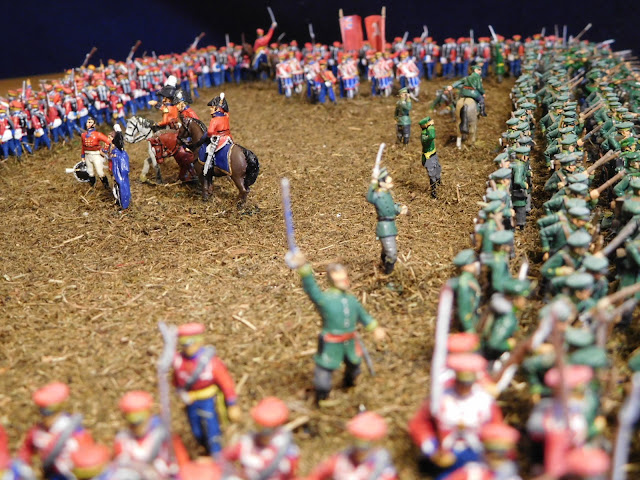 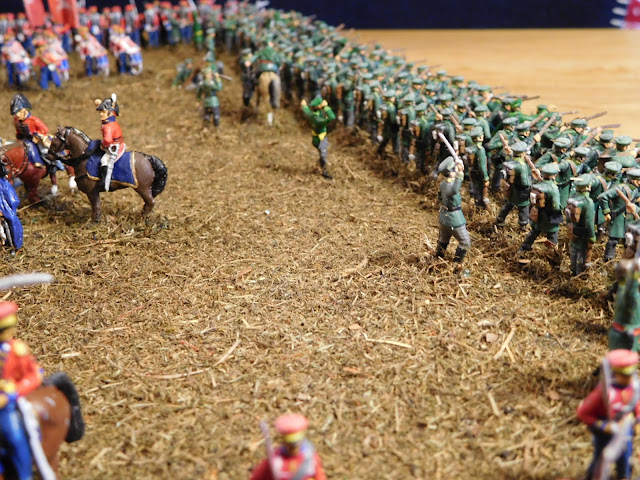 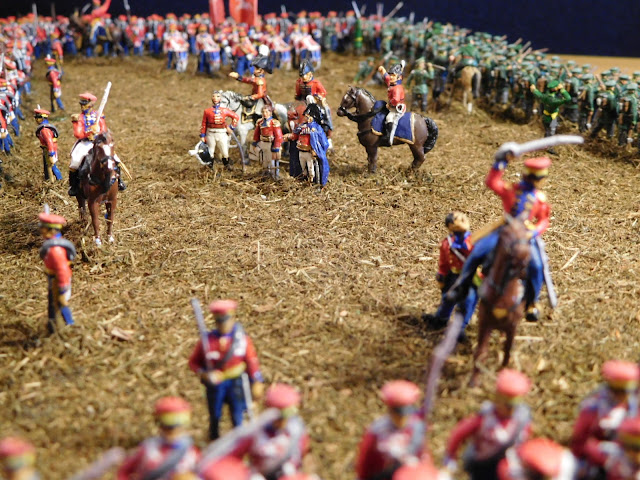 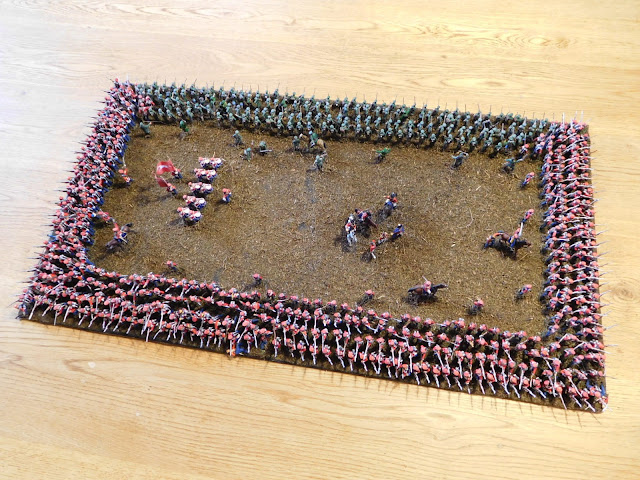 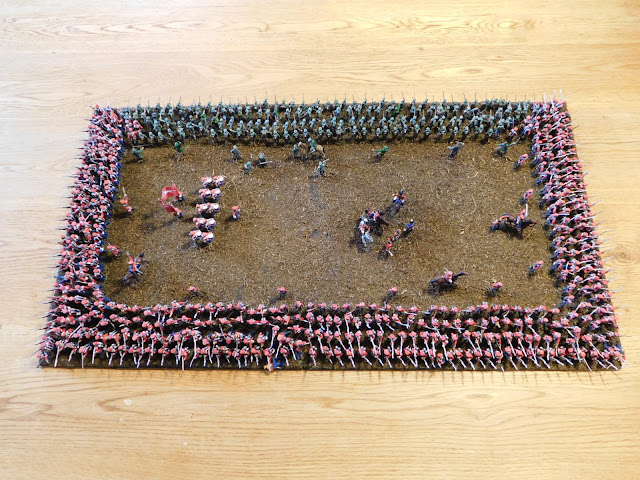 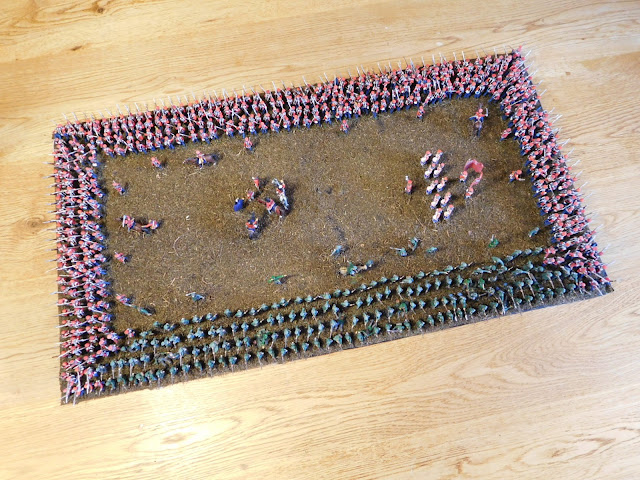 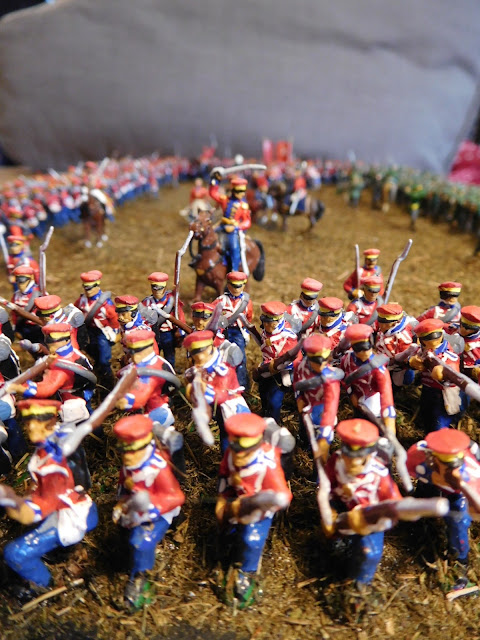 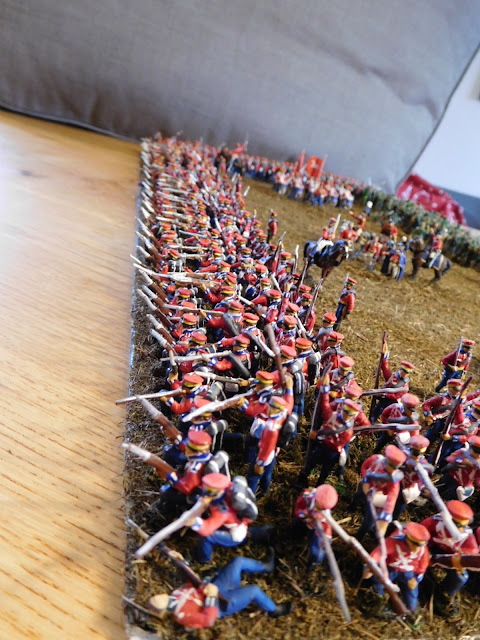 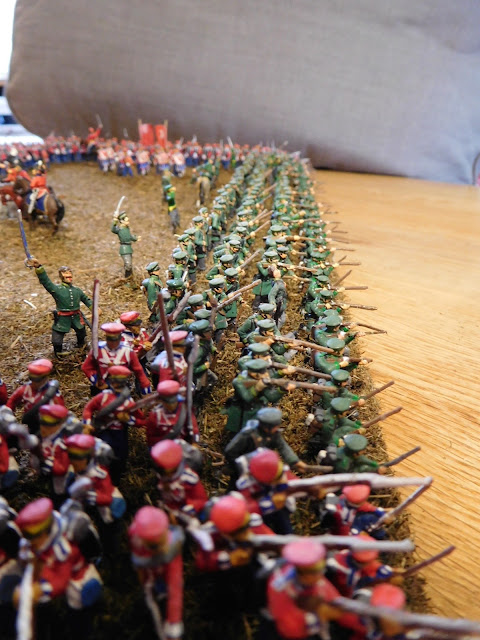 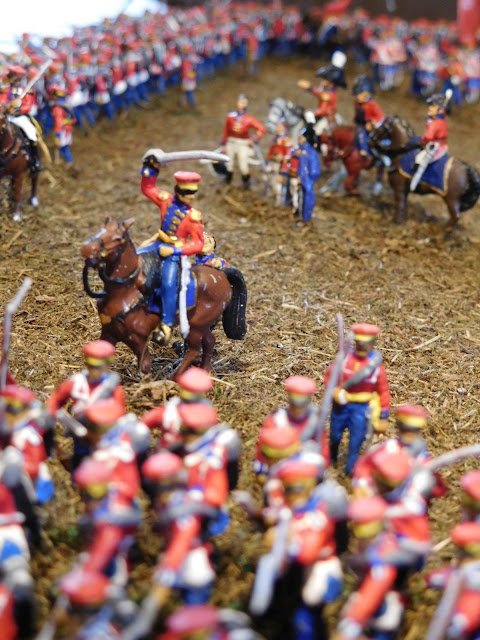 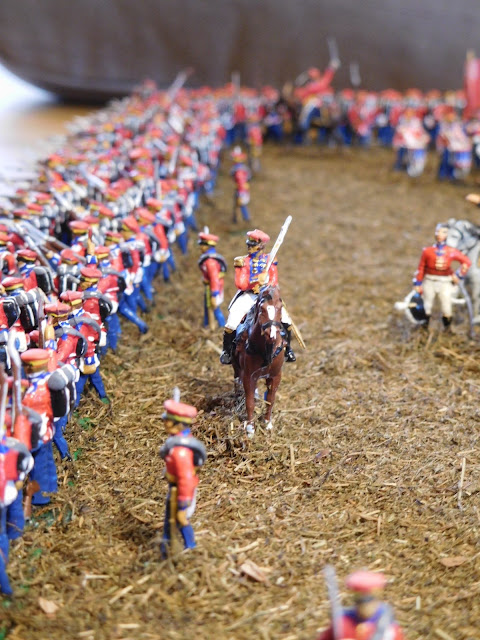 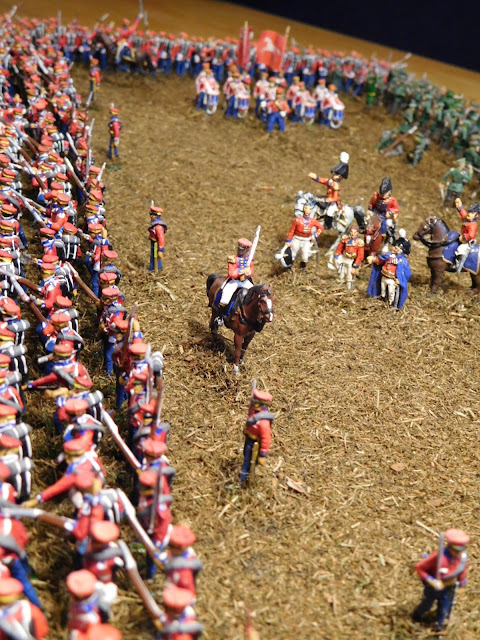 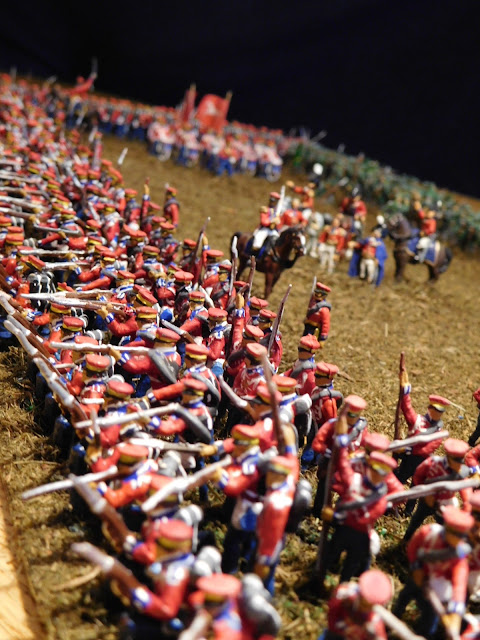 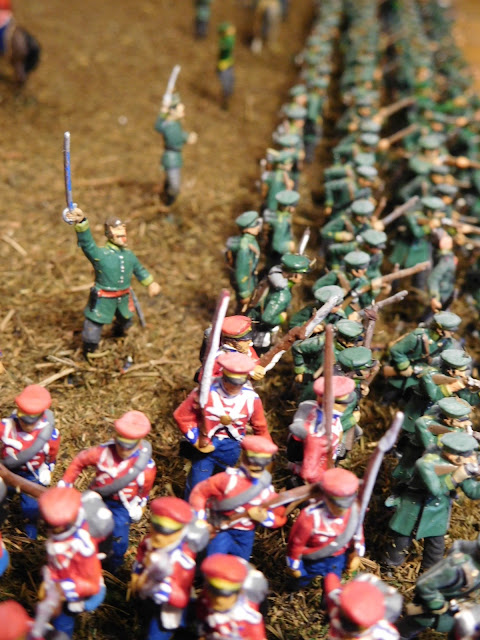