Here are my Belgian Carabiniers.

I first bought the Kamar figures and added some Strelets conversions from the Saxon Garde Du Corps mounted on their French cuirassier horses.

I then converted some Les Higgins from their British Light Dragoons.  Then Hagen produced some metal figures which look much like the Waterloo 1815 set, made in resin.  Then Eric Bahlouli made a very niche product - French Royalist gendarmes, which, with a bit of converting go well with the Waterloo 1815 figures. 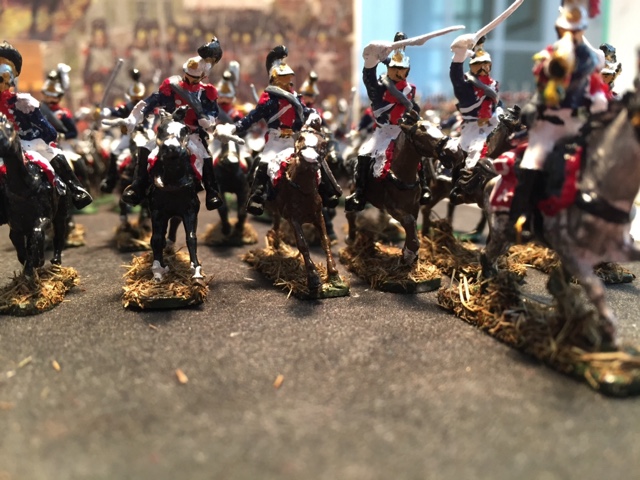 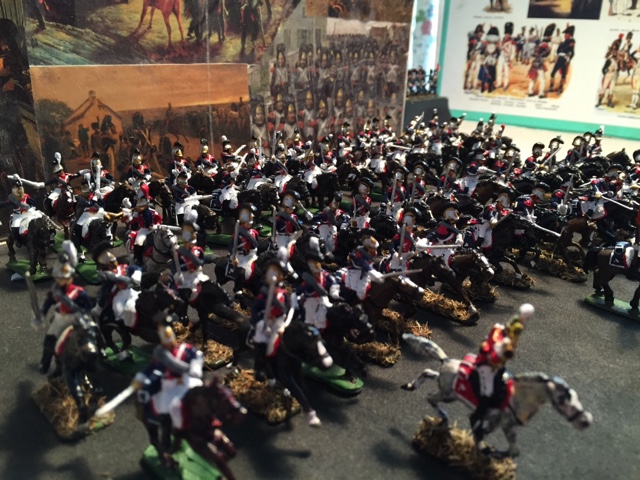 I have no idea whether Belgian Carabiniers carried a Standard, but here is an imagined version of what it might have looked like. 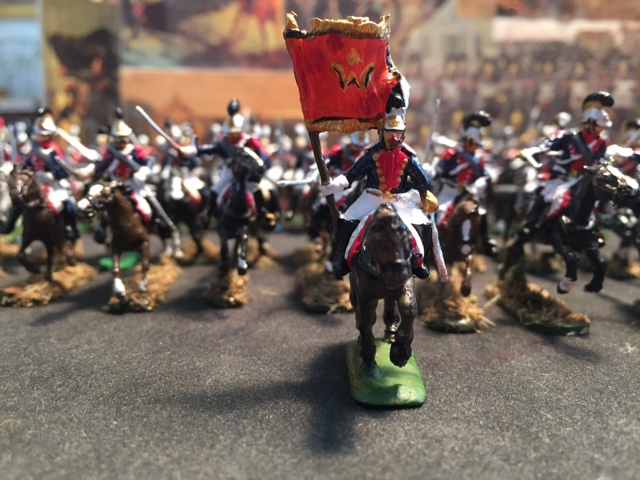 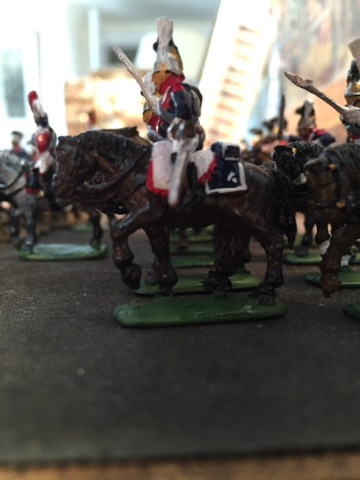 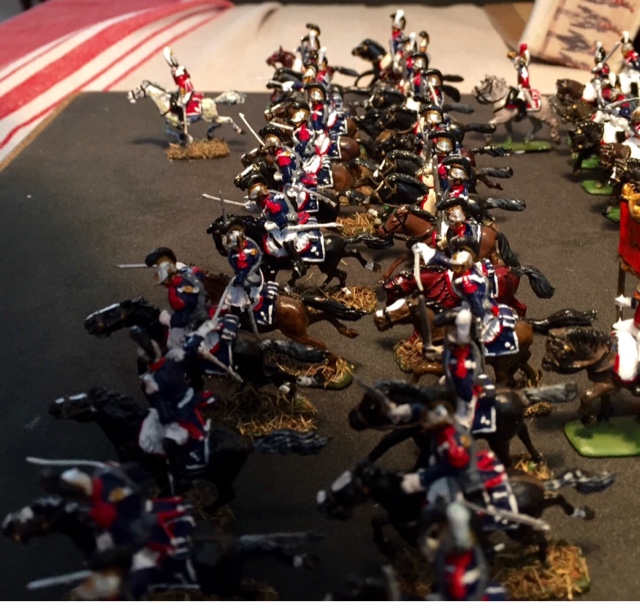 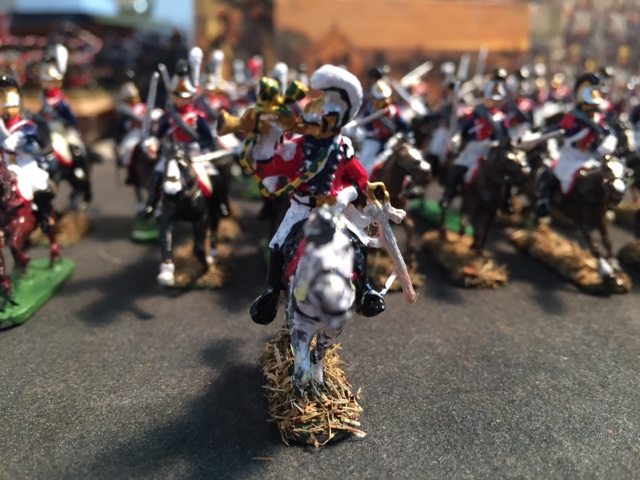 One of the Bahlouli figures with a Les Higgins behind. 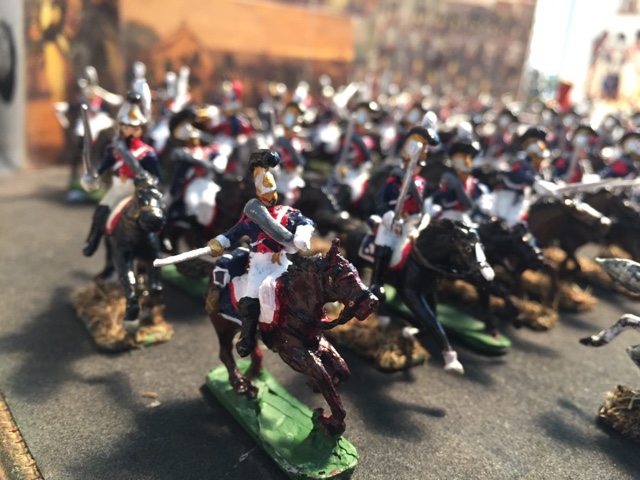 I am planning to make the Dutch regiments from Italieri Dragoons with bicornes.