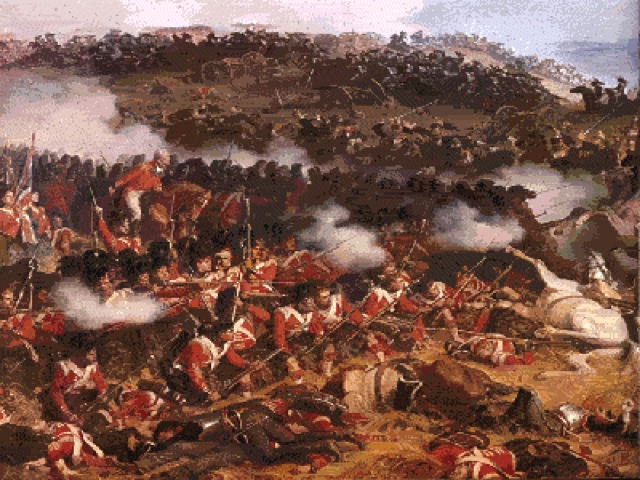 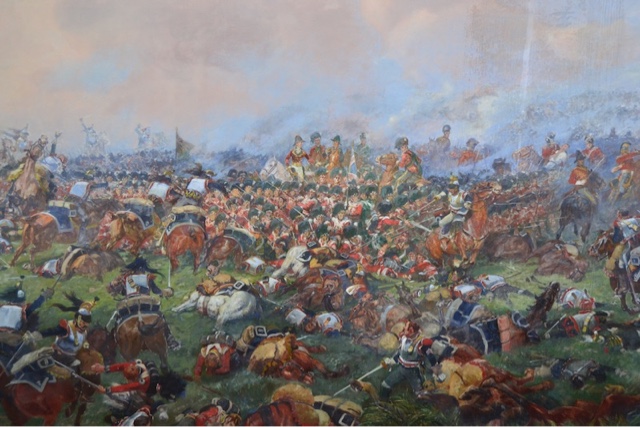 The 73rd Highlanders were originally 2nd Battalion 42nd Royal Highlanders but became a separate regiment in their own right in 1786, before being reunited with the 42nd to become The Black Watch under the Childers reforms a century later. It is not perhaps surprising that, in both the Rotunda panorama and Henri Phillipotaeux's famous painting, the 73rd are shown in Highland dress.
In fact, the depopulation of the Highlands meant that it became increasingly hard to sustain so many regiments so in 1808 the 73rd and some other units lost their Highland distinctions, so at Waterloo they must be shown in English dress.
During the battle, the 73rd formed square with the 30th and so you see the beginnings of a double battalion square. Unlike their comrades in the 42nd who wore blue facings as a Royal Regiment, the 73rd wore green facings.
I haven't got to the 30th yet, but they are next on the list. 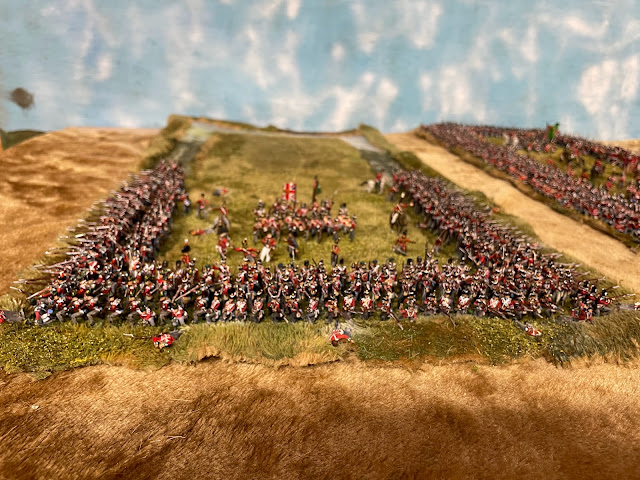 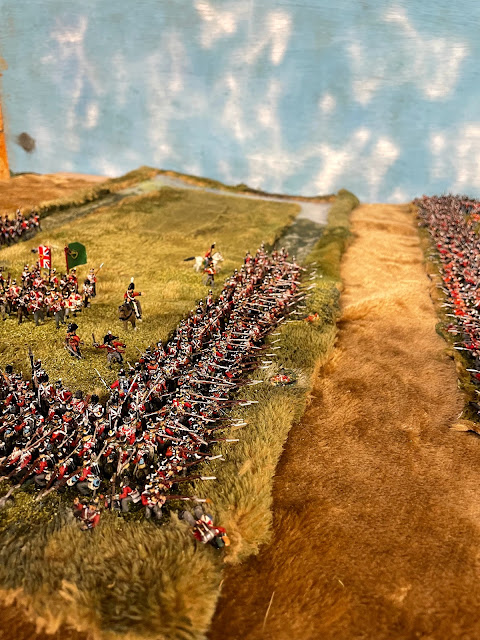 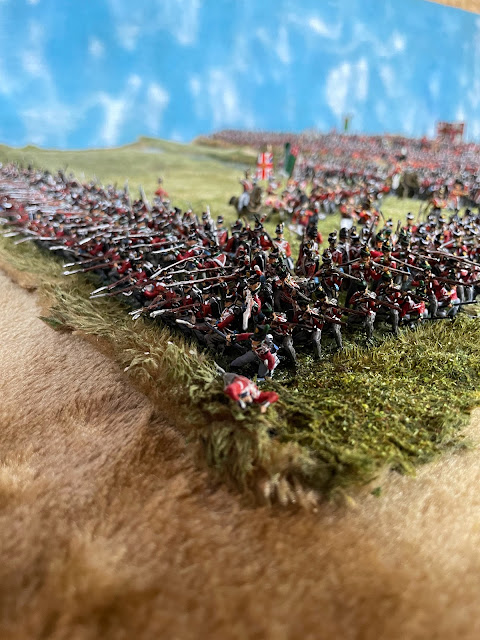 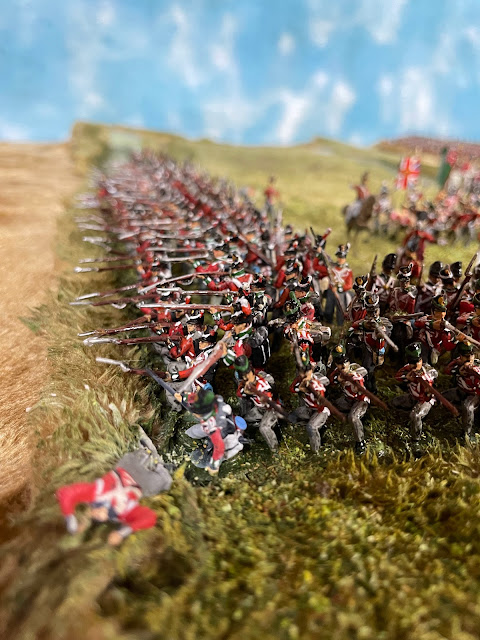 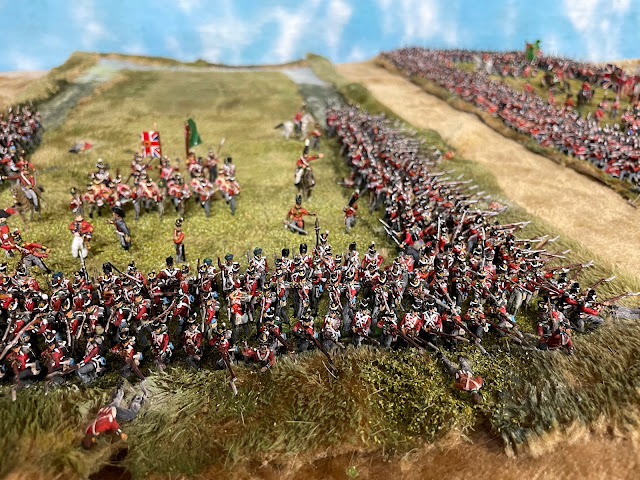 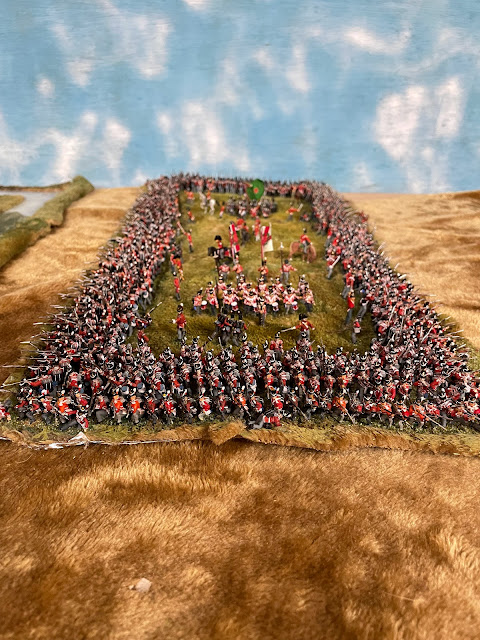 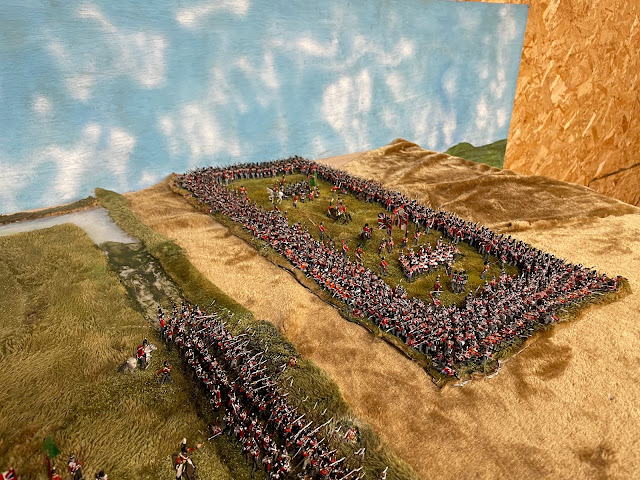 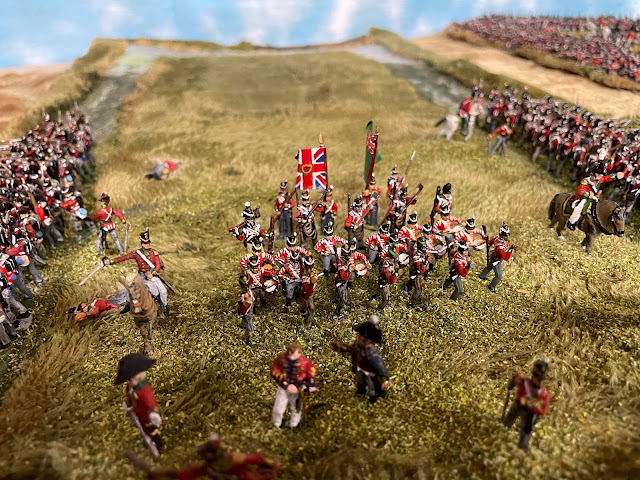 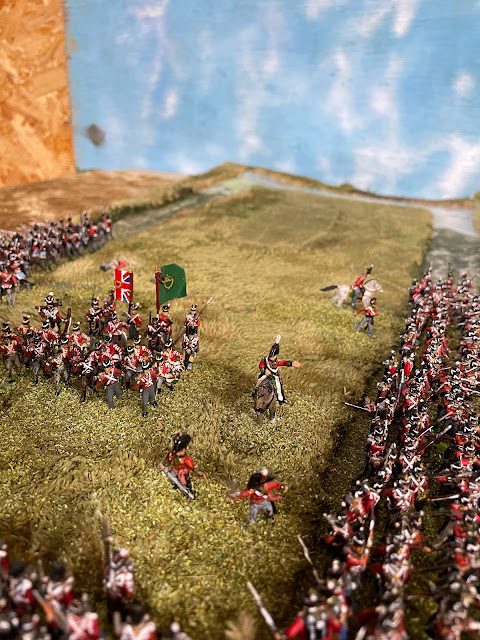 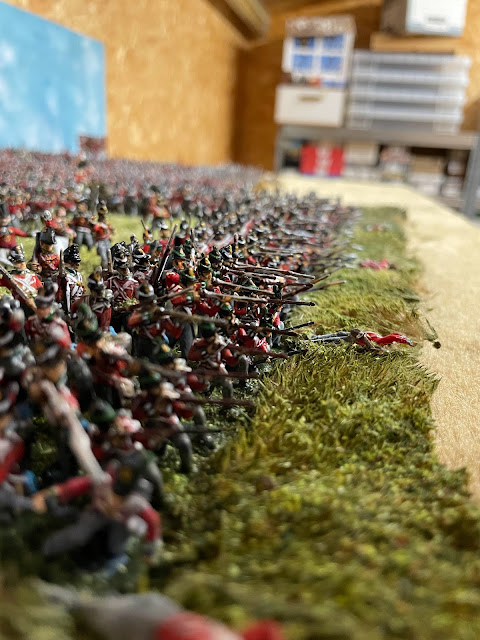 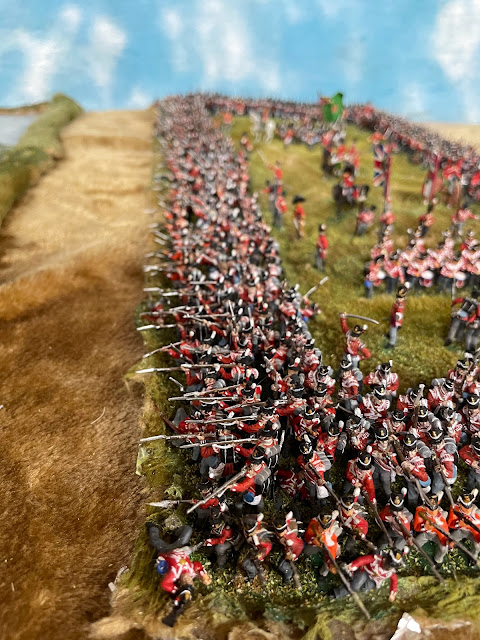 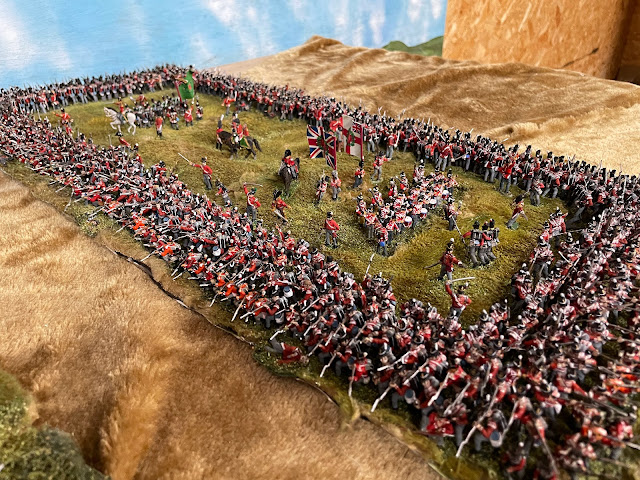 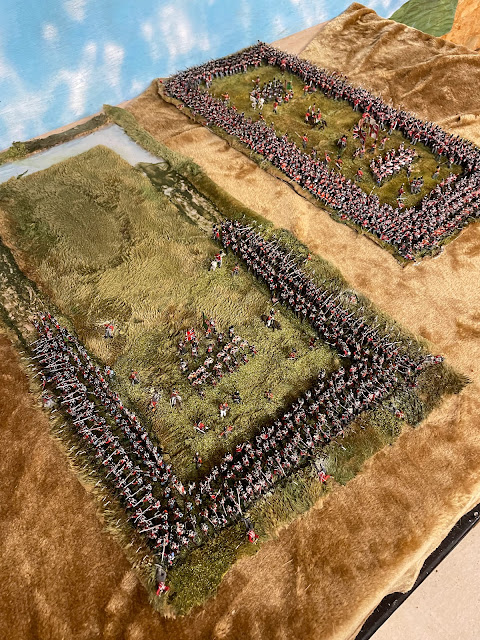 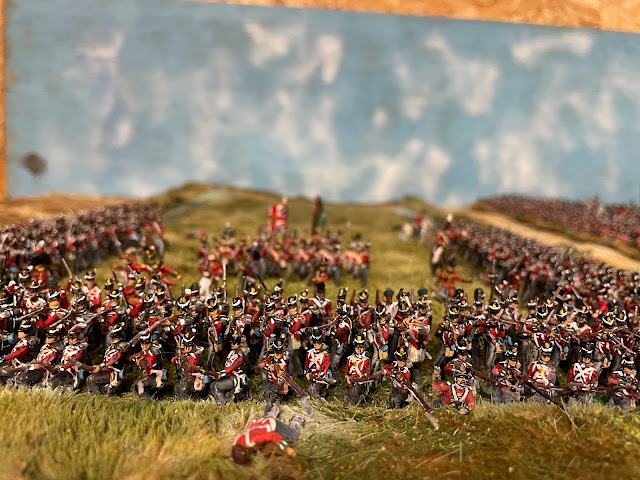 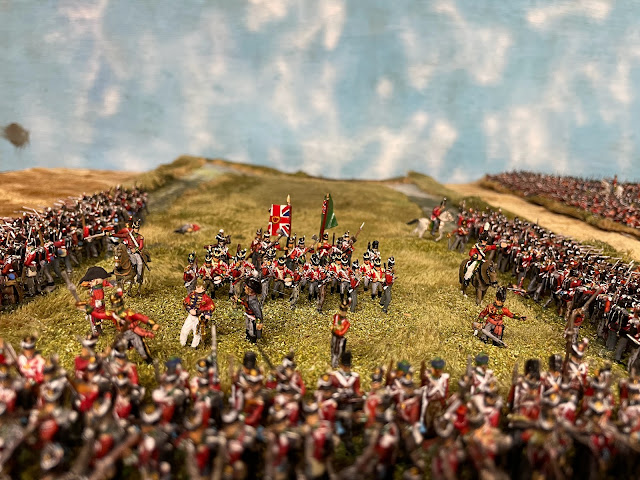 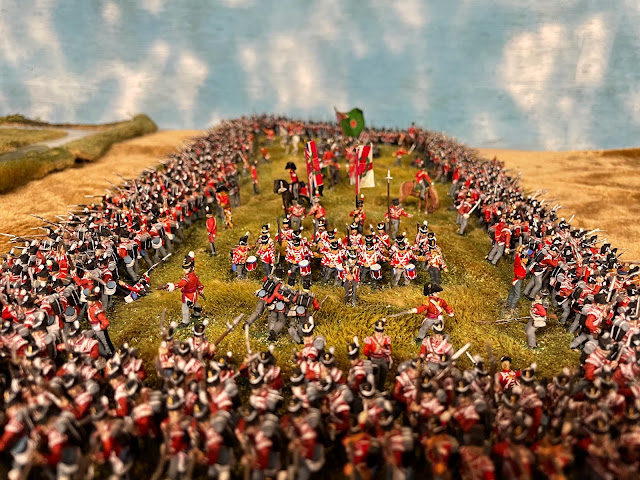 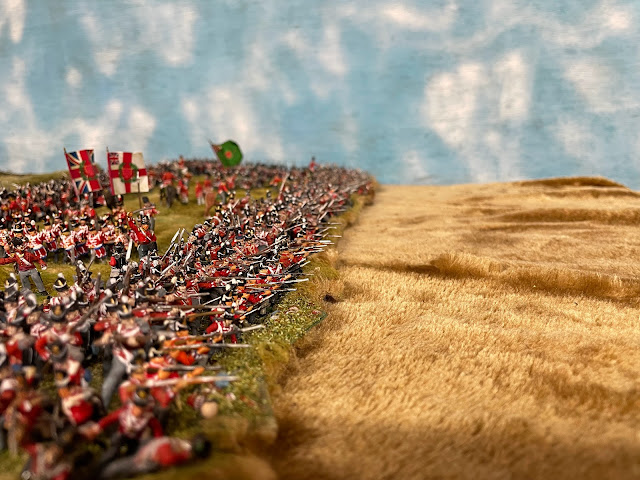 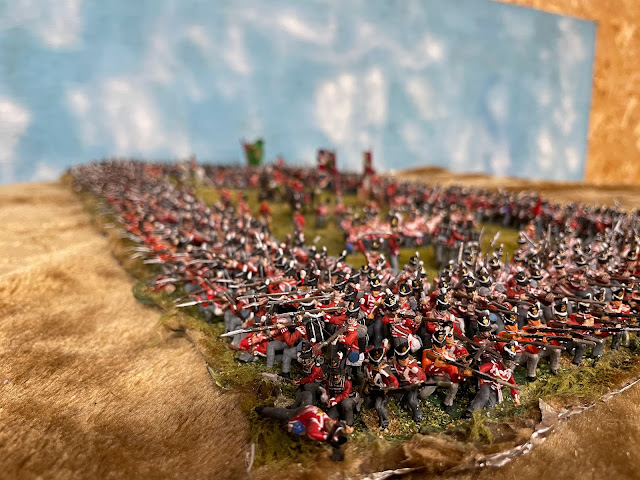 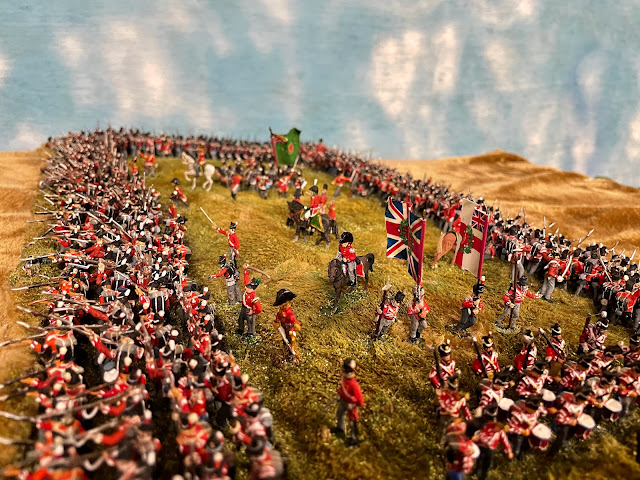 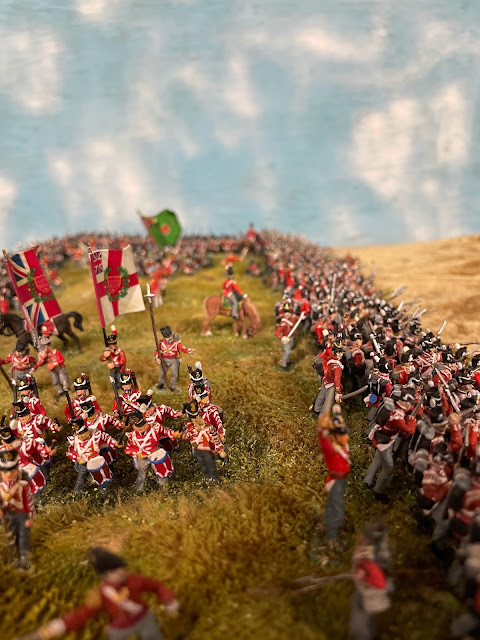 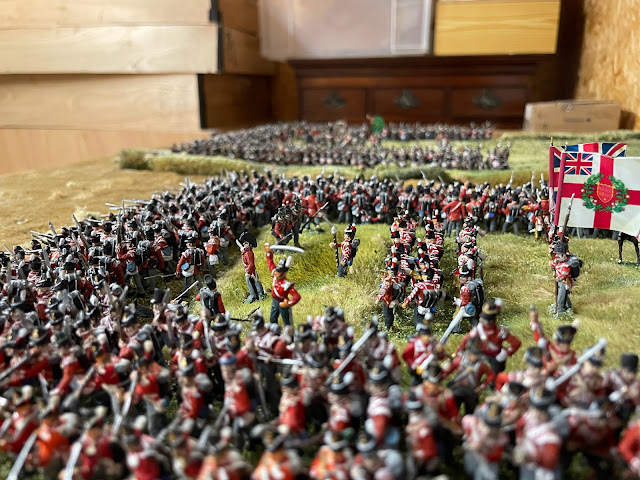 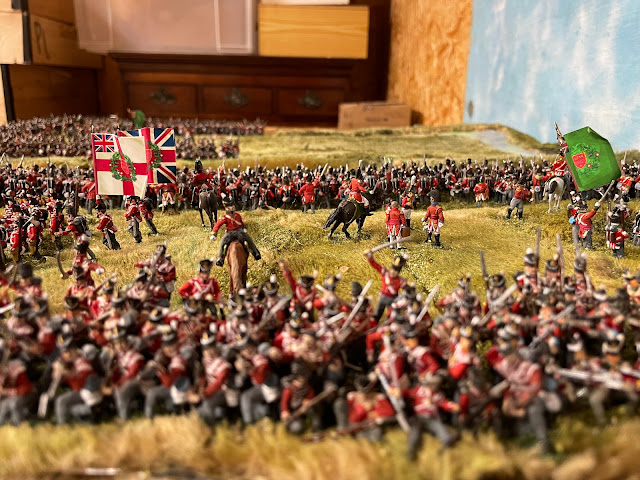