The 79th Queen's Own Cameron Highlanders were in Kempt's Brigade with the 28th, 32nd, and 1/95th, just to the east of the crossroads.  Kempt's Brigade formed part of Picton's 5th Division, which had been heavily engaged at Quatre Bras.

The 79th wore Cameron of Erracht tartan - unlike other Highland regiments, which wore the Government Tartan.  The Cameron tartan is a b**** to paint, especially on 400 figures, so the results are best observed from a distance. 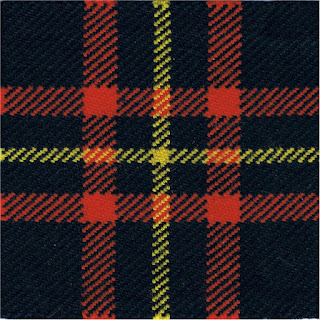 In common with most of the rest of the army, the 79th were forced to form square - Kempt's Brigade was probably the most easterly formation to be threatened by Ney's cavalry.  Towards evening, the French horse artillery moved in close to fire upon the exposed British troops.  The situation was desperate as entire files were blown away by the French artillery.  The pipes and drums of the battalion were kept in the centre of the square together with the colours and regimental staff.  During a lull in the battle, Piper McKay of the Grenadier Company marched around the outside of the 79th square playing the Piobaireachd "Cogadh no Sith" (Peace or War).

McKay's sangfroid under fire inspired the entire battalion. His devotion caught the public's imagination and George III was so taken by the event that he  presented McKay a set of pipes. 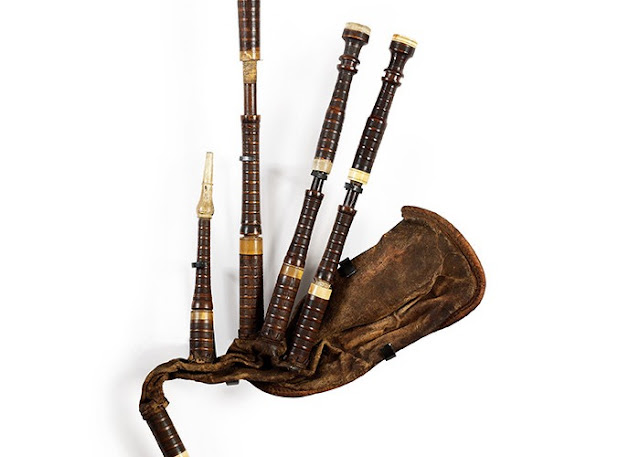 The 79th Highlanders suffered 27 killed and 277 wounded, reducing it to almost half its effective fighting strength. 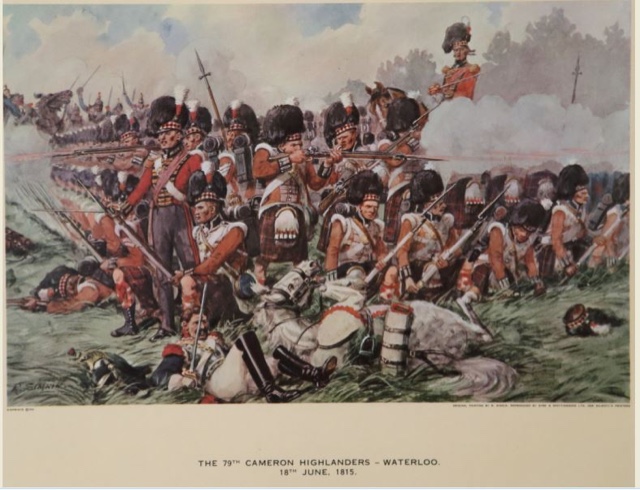 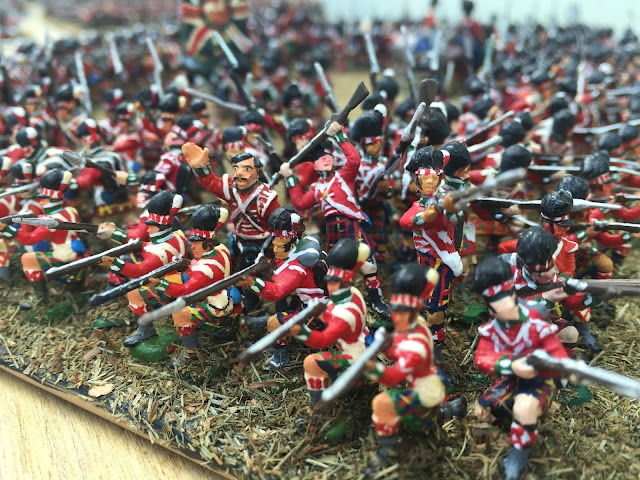 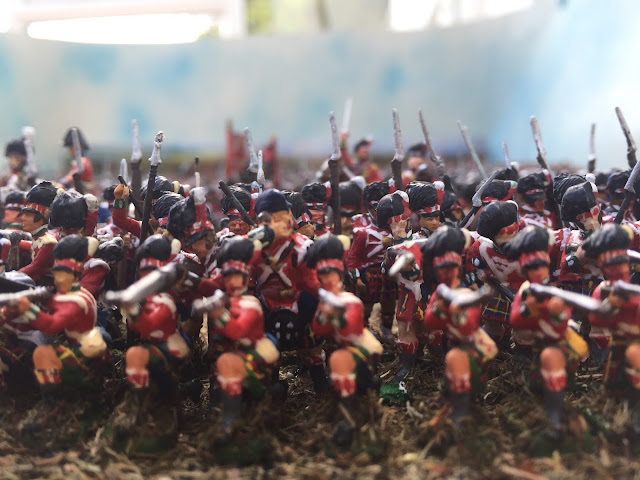 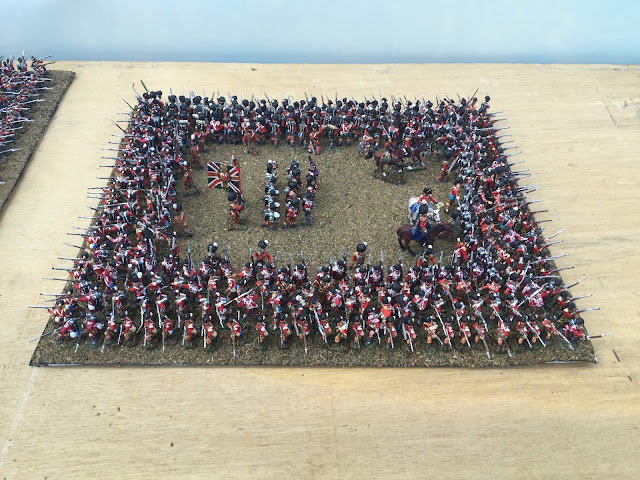 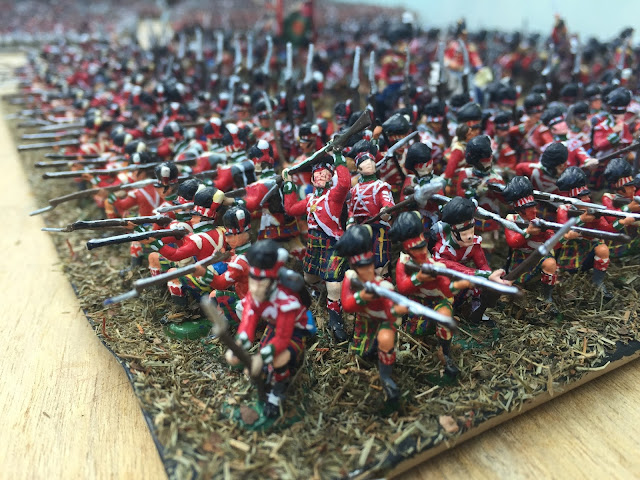 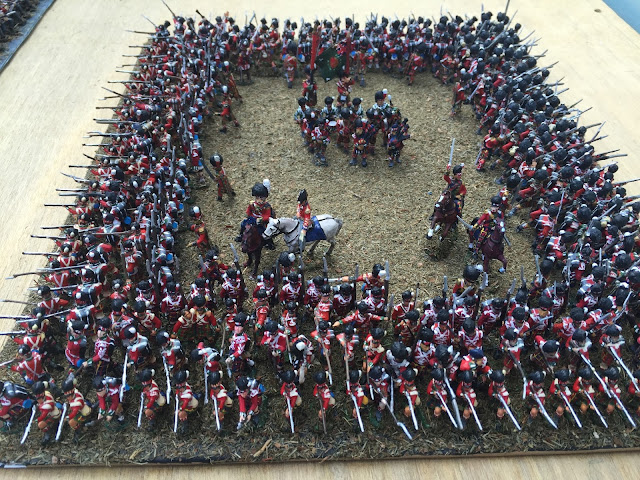 The figures are Esci, Italieri (both sets), Art Miniaturen, W1815, Strelets (the Crimean set), a few Airfix, Hinton Hunt and Alberken, plus some S Range and Lamming.