The Defence of La Haye Sainte 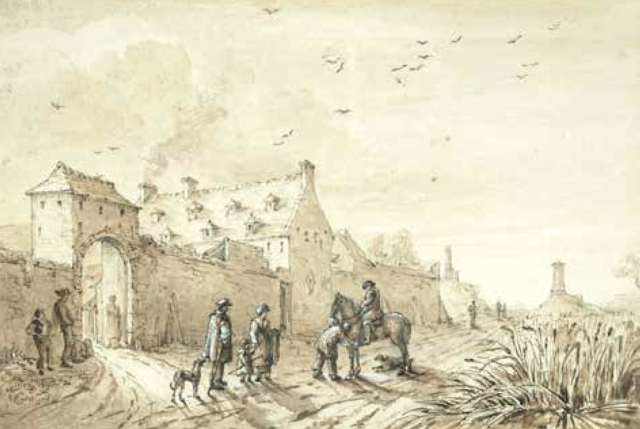 Having done my research on La Haye Sainte, I have decided to populate my model with troops.  The scene shows the farm at about the time of its fall to the French.

The French assault comes from three directions: through the west barn door (which had been burnt the night before); over the south wall by the pond; and at the main gate.  The farm is scratch built.  I haven't yet done the orchard. 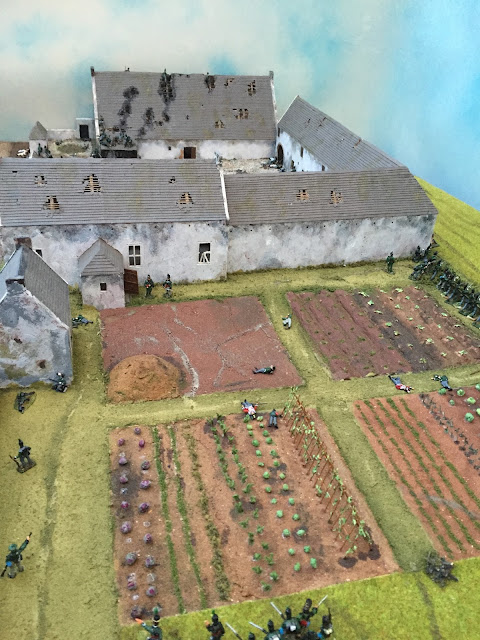 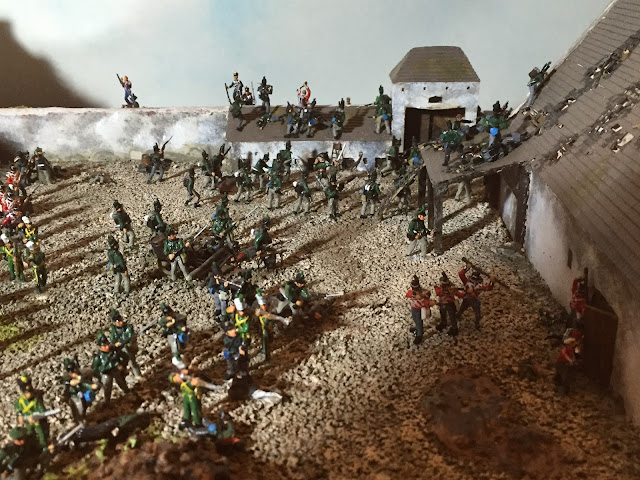 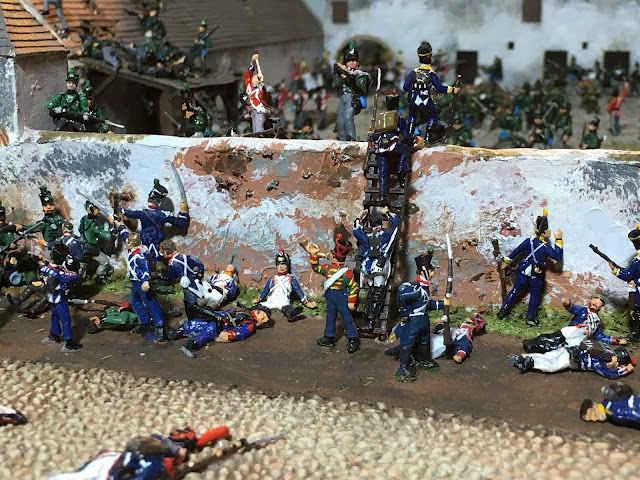 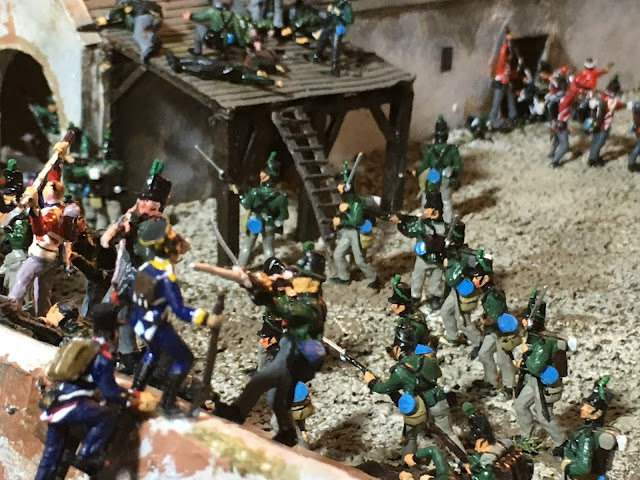 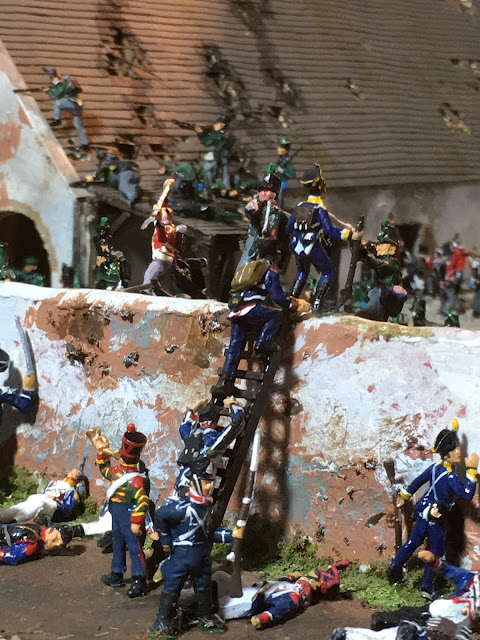 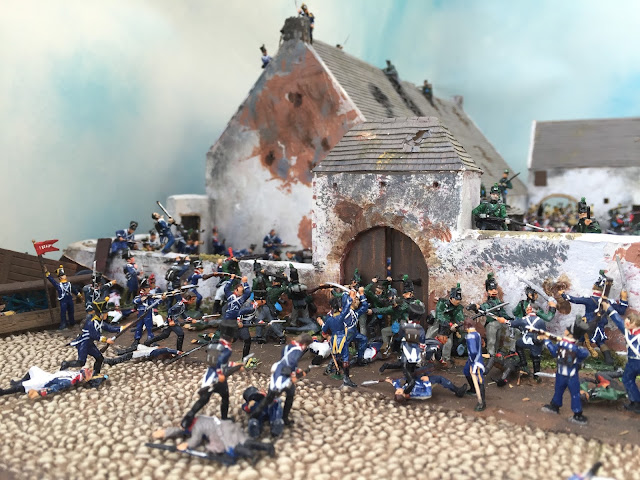 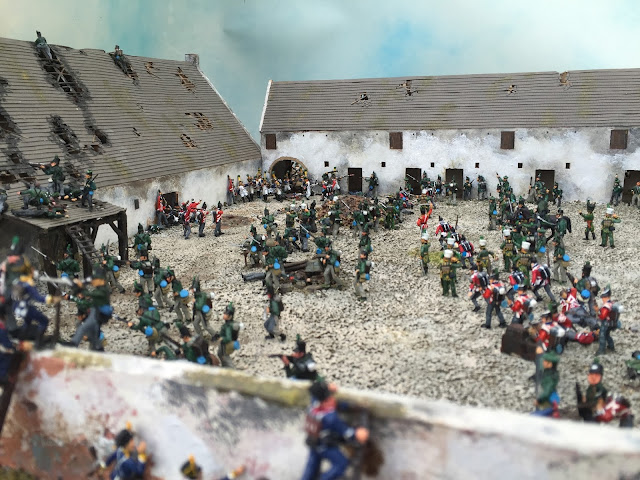 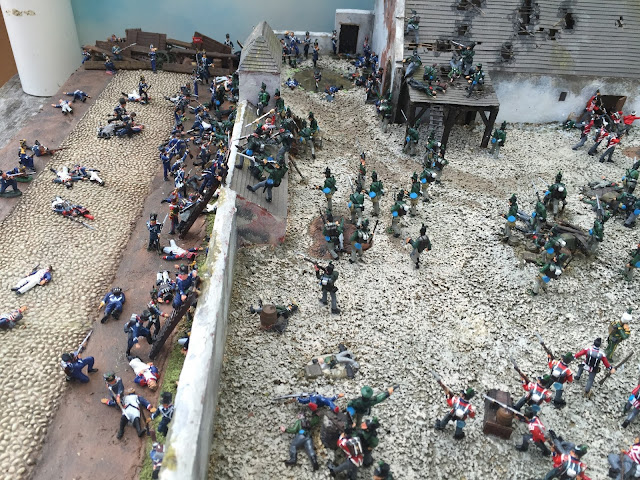 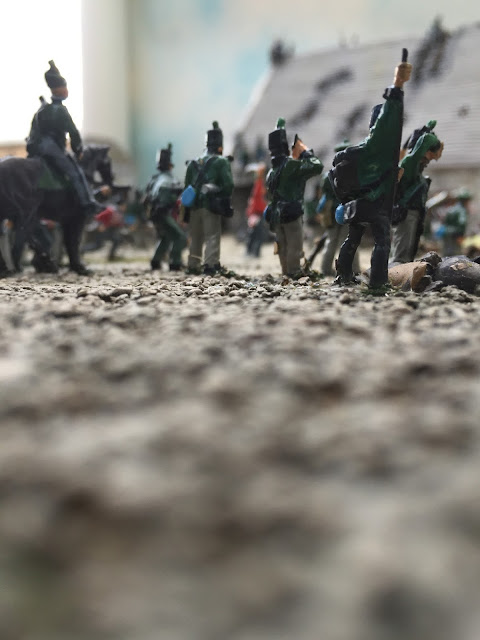 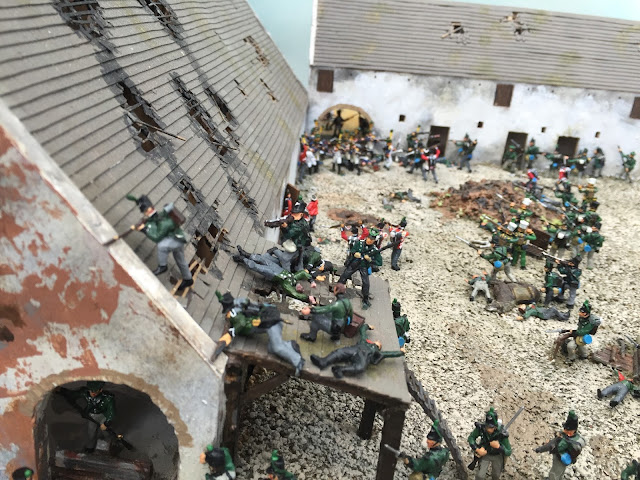 The figures are a mix of Italieri, converted Strelets from the Crimean War, Qualicast, some Emhar, Art Miniaturen, Hagen and many conversions.

After note: Heinrich has asked about the layout of the west side of the farm.. I now believe it was extended sometime after 1815 and that during the battle it looked like this: 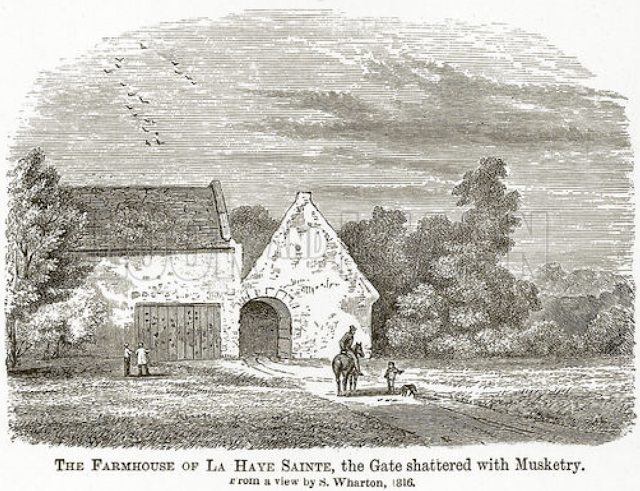