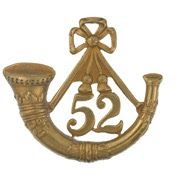 At twice the size of the average British battalion at Waterloo, the 52nd Oxfordshire Light Infantry was always going to be a challenge.  And since I've spent much of the last few weeks travelling abroad, I haven't had much time for the Blog.

Some sources show the 52nd with buff cross belts but I've decided to go with the more conventional white - don't know why, just a hunch that sometimes modern researchers hanker after the unusual, when convention usually prevailed. 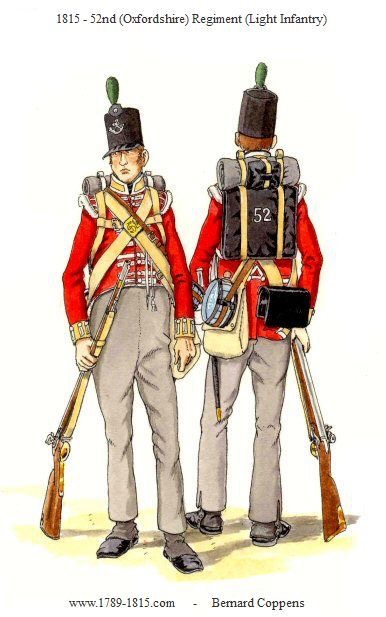 Not only were the 52nd a large battalion, they were also one of the most respected units in the Army, with a long and distinguished record from the Peninsula.  Interestingly, while they had a reputation as a veteran battalion, the average term of service of their subalterns was at the lower end, with much less service than other veteran Peninsula battalions such as the 27th, 28th, 32nd, 42nd, 79th and 92nd. 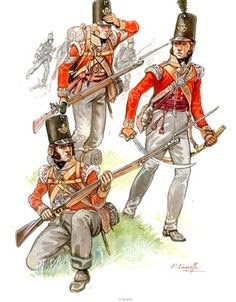 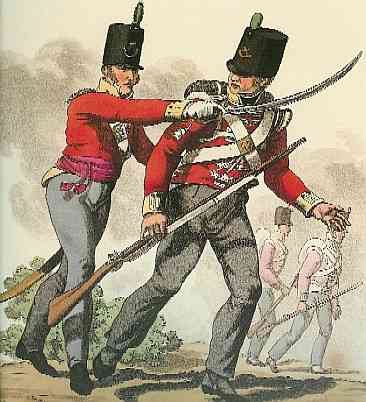 The 52nd was in Hill's II Corps, as part of the 2nd Division's 3rd Brigade under General Adam.

On 15 June, II Corps was posted west and southwest of Brussels.  The 52nd was unaffected by Quatre Bras and therefore reached Waterloo at full strength.  In response to the French cavalry attacks, Adam's brigade was brought up to reinforce the right.  In this position the 52nd endured a heavy bombardment, of which Ensign Leeke reported afterwards: "the old officers, who had served during the Peninsular War, stated that they were never exposed to such a cannonade as the 52nd squares had to undergo on this occasion for two and a half hours from French artillery half a mile to the front".  While the 52nd's squares stood waiting, the British artillery fired over their heads.
As the battle drew to a close, the Guard launched its assault on the British line and were met by a number of regiments including the 1st Foot Guards.  The 52nd wheeled to their left and deployed in parallel to the French column, and fired volleys against their left flank, followed by a bayonet charge.    Of the 1,130 officers and men present, 168 were wounded and 38 killed.

At last I have completed the Battalion.  The 52nd was so large that for much of the battle it deployed in two squares, but I've chosen to show it in reunited form towards the end of the Reserve Cavalry attacks.  There are 600 figures in this square, mostly the wonderful Hat set, but with plenty of other figures from Hinton Hunt, Italieri and with most the kneeling figures from Kennington and Newline.  Other brands are are also represented along with some conversions, but fewer than I normally do. 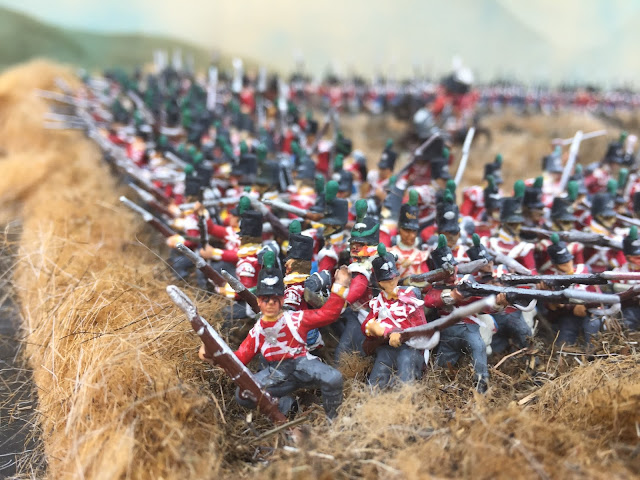 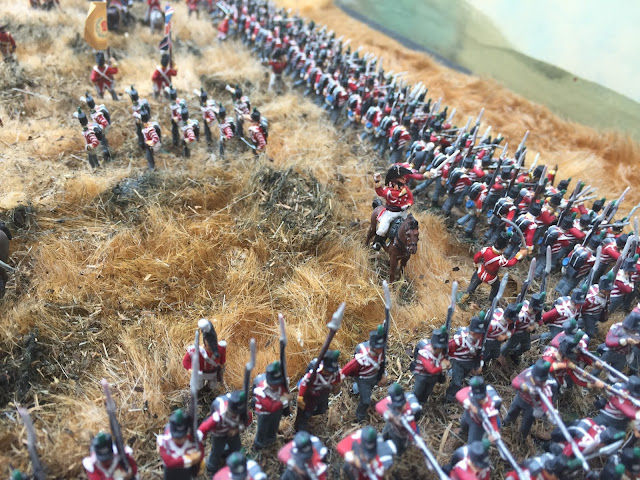 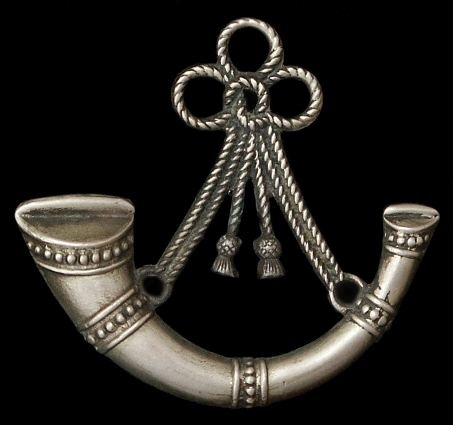