After 50 years of collecting, I've quite a backlog.  My system for bringing my units up to scratch is to assemble the figures from various boxes.  Some are already painted, others in lesser states of preparedness.  I then make up numbers with conversions, usually of kneeling figures of which there are rarely enough.

Here is the 51st King's Own Yorkshire Light Infantry in the early stages.  The figures are a mix of the two Hat sets, Emhar, Kennington, Newline, various DKs and Hinton Hunt.

The 51st had green facings so all of these figures will need to conform, and the yellow Regimental Colour will be changed.

I reckon this would usually take me about a month but I'm travelling quite a lot at the moment so it may take longer. 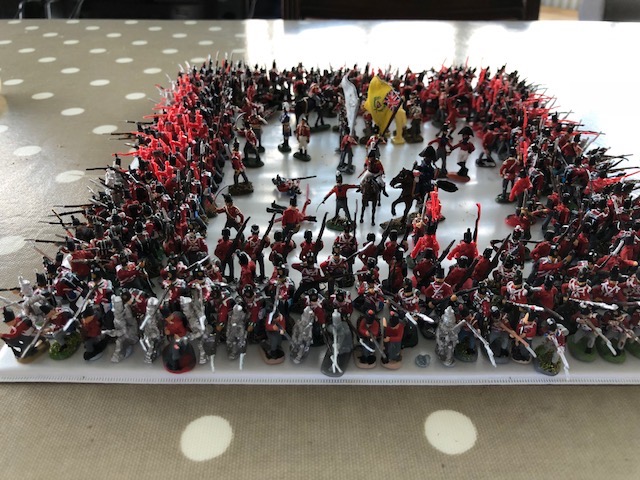 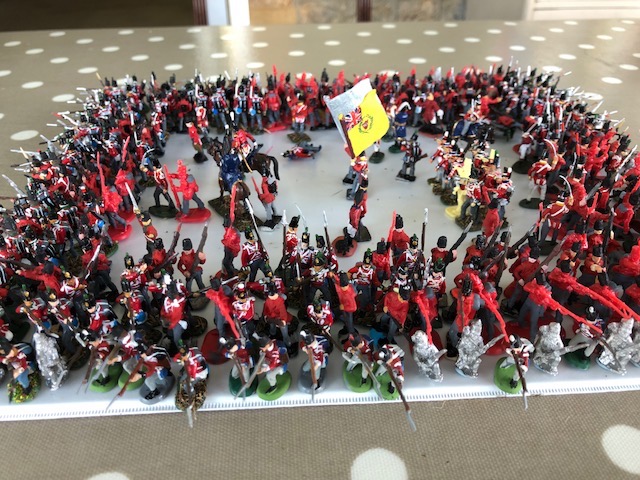 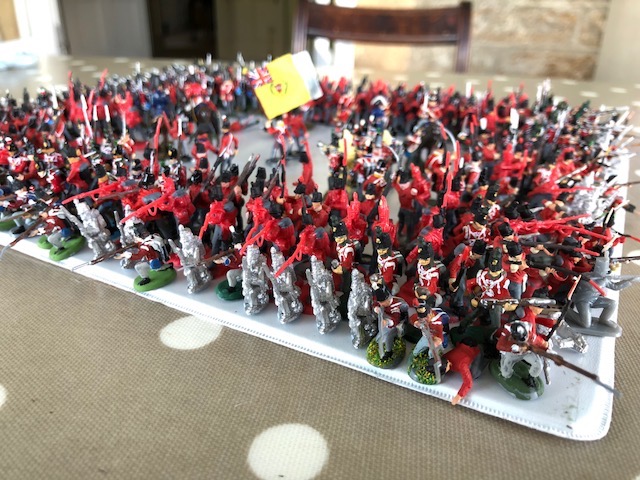