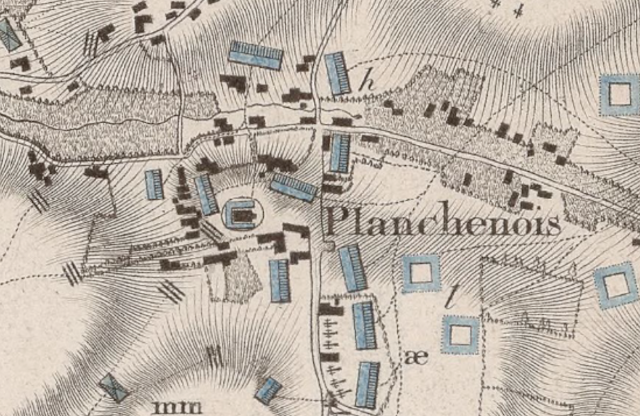 Following some useful input from various people (for which many thanks), one inevitably has to make a decision based upon the available information.

Based on the evidence provided by Siborne, and judging by many churches in the area, the Plancenoit church might have been based on a unitary nave with no side chapels.  However, Siborne did simplify his buildings a great deal: 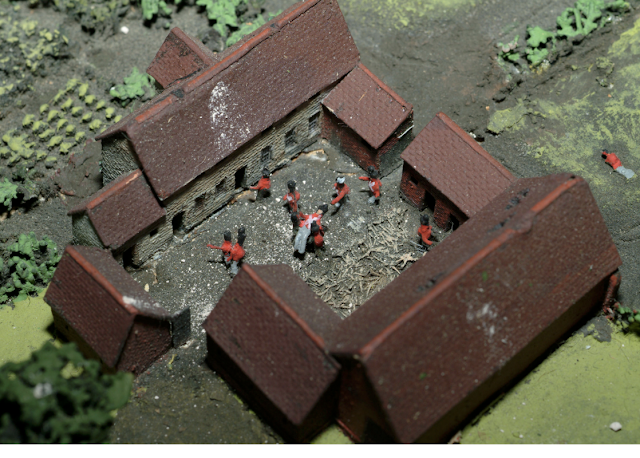 A close up of the only good contemporary picture by Thomas Stoney suggests something different:

And there are indeed other local churches with a similar layout: 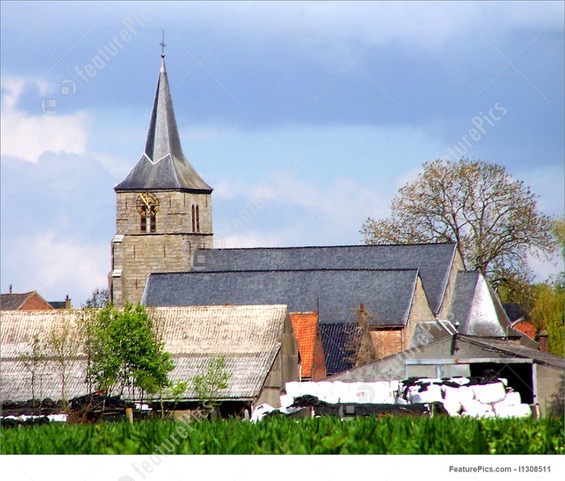 Sadly, William Mudford, who painted many scenes of Waterloo, did not go to Plancenoit, but he did paint a scene of Napoleon's carriage being hauled away.  The picture has Genappe church in the background, which again has similar side chapels: 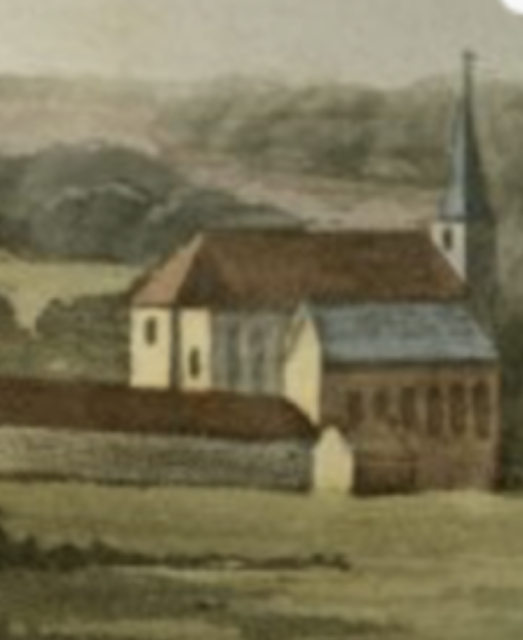 I am however the first to admit that the evidence is fragmentary, as this lithograph shows:

So in the end one has to make a decision.  I find the evidence of Stoney the most convincing and so we are going for the following look: 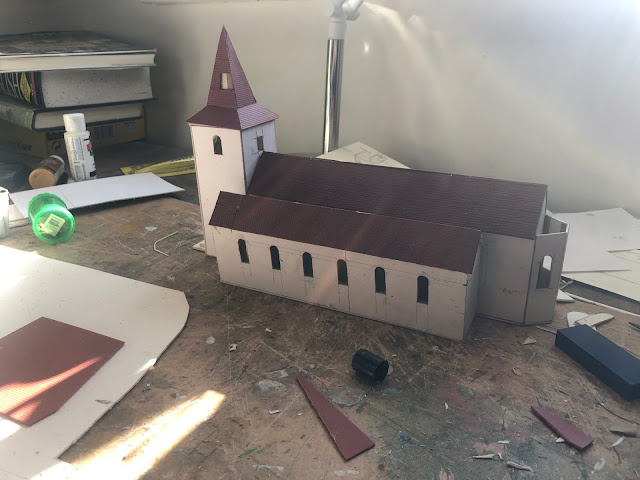 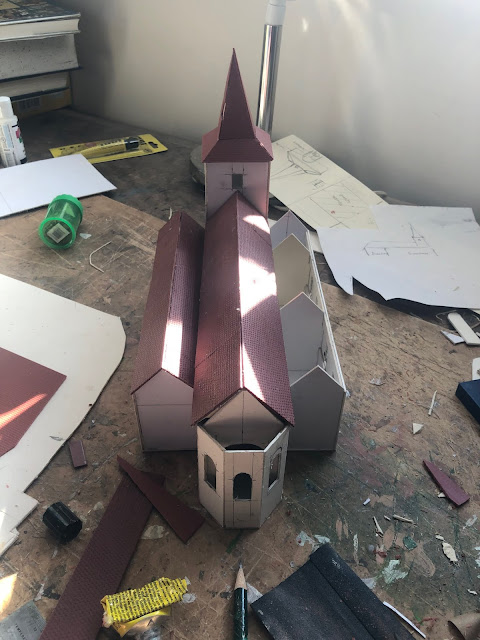 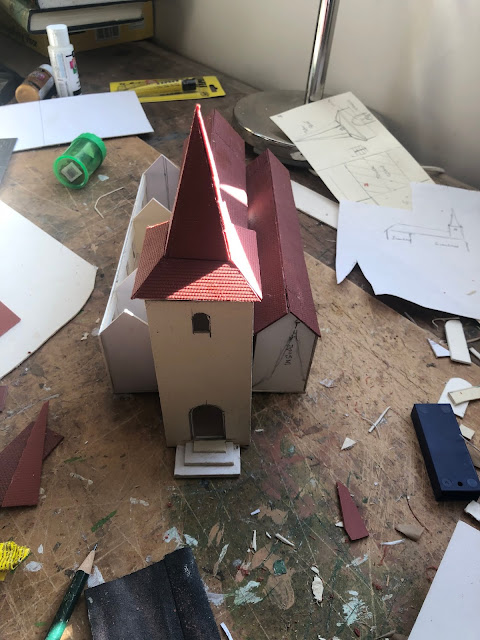 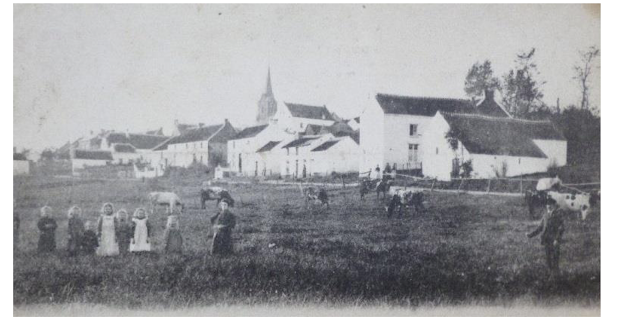 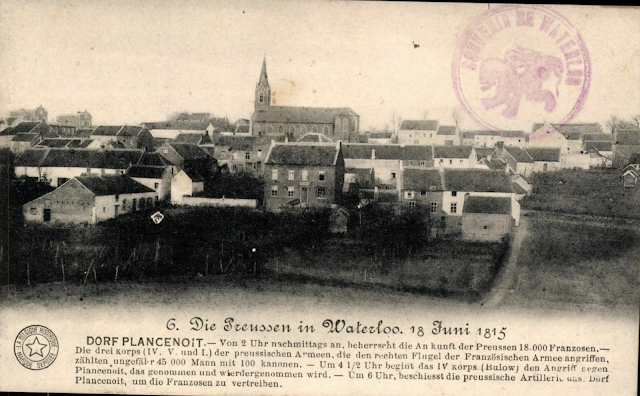 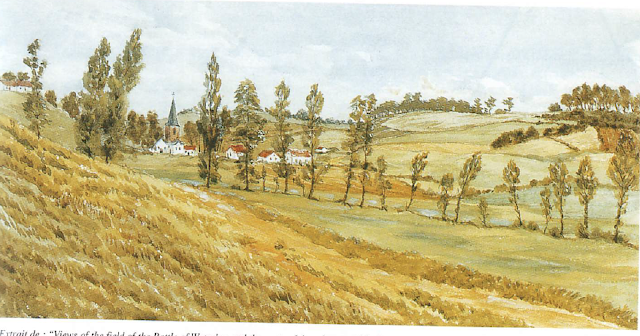 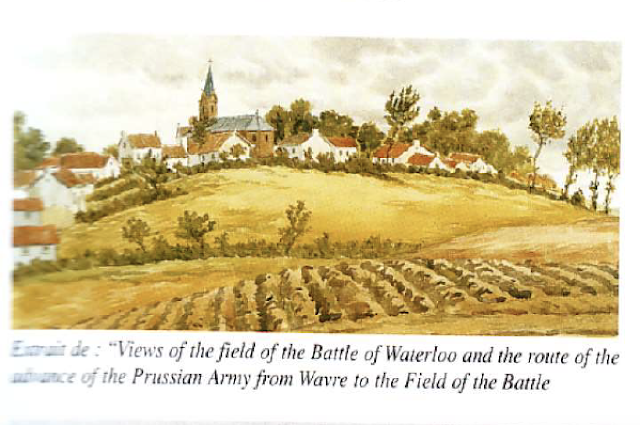 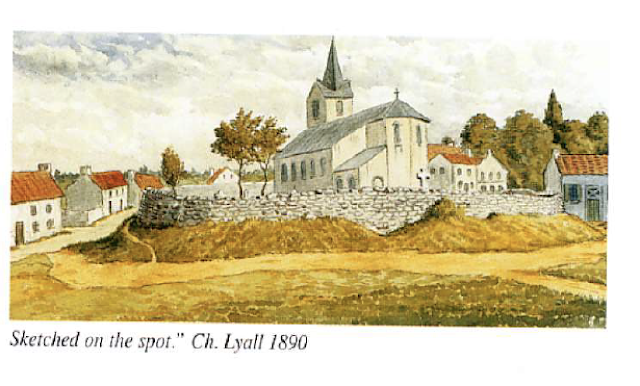