Before the start of the battle, both sides of the Waterloo battlefield  must have been alive with men, horses and equipment stirring themselves after a wet and uncomfortable night.  Here are a mix of figures, including the Strelets set and numerous conversions, with some rare metal figurs thrown in.
Here are some French prisoners of war, taken at Quatre Bras being led to the rear. 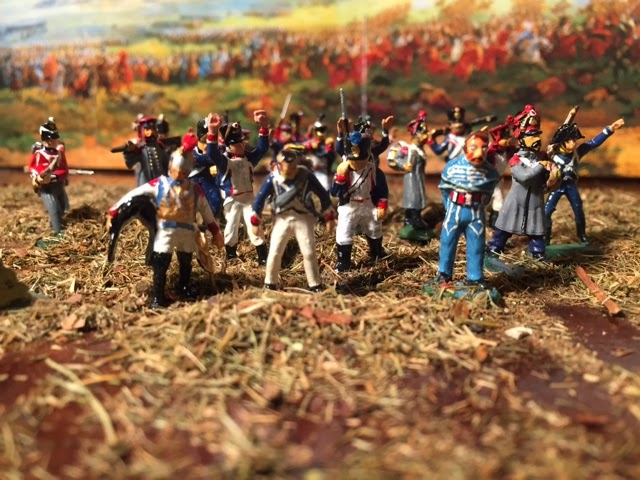 Card players, with some sappers with pick axes in the background. 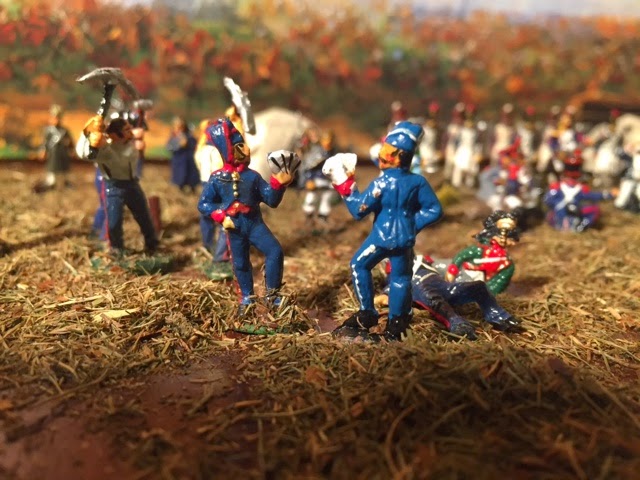 Polish lancers and a vivandiere, all metal. 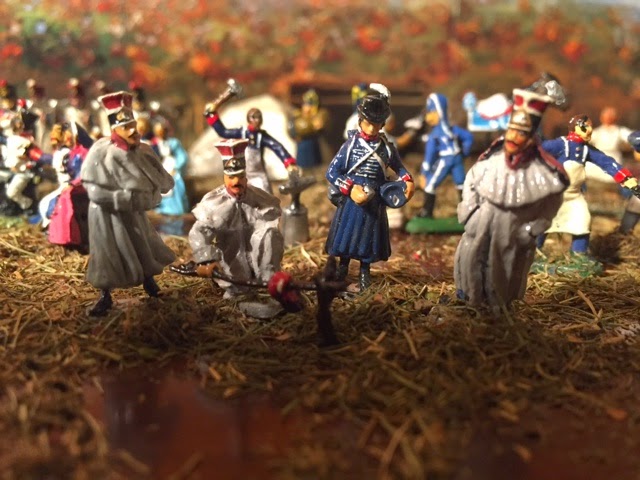 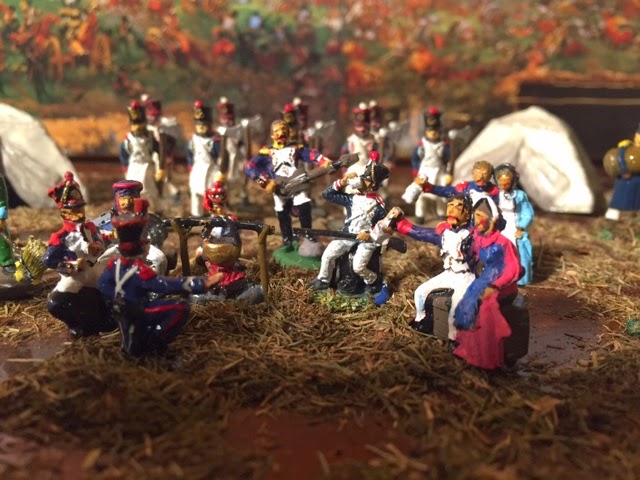 Some musicians.  Vivandieres look on. 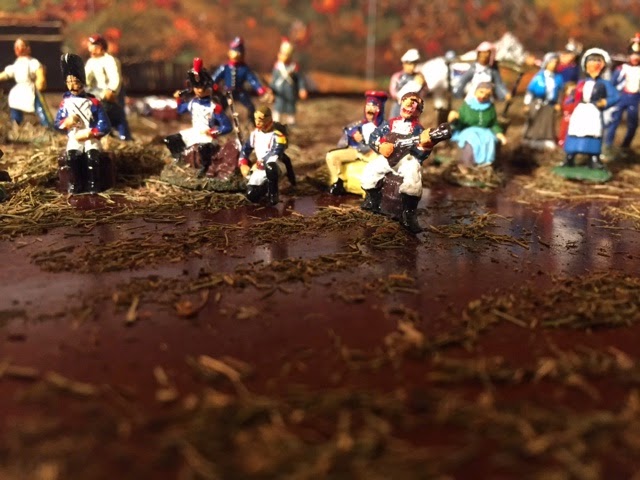 A Sapper converted from an American Civil War figure 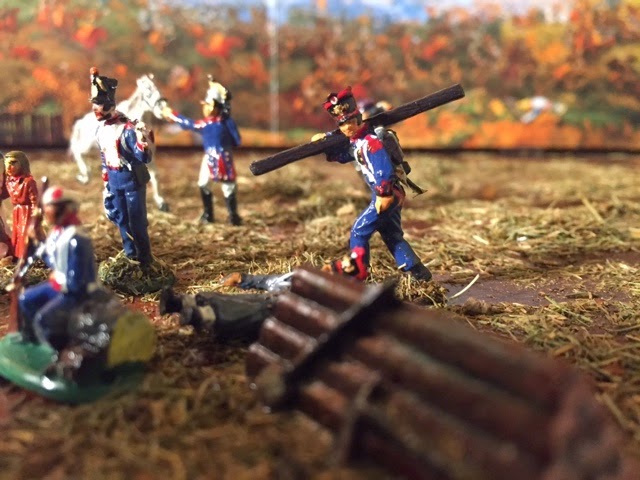 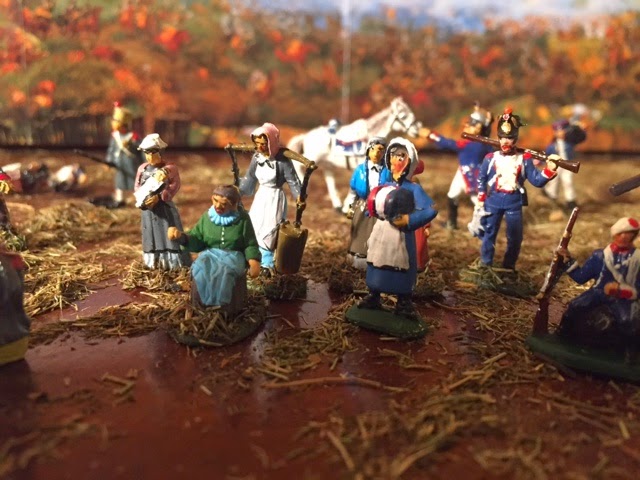 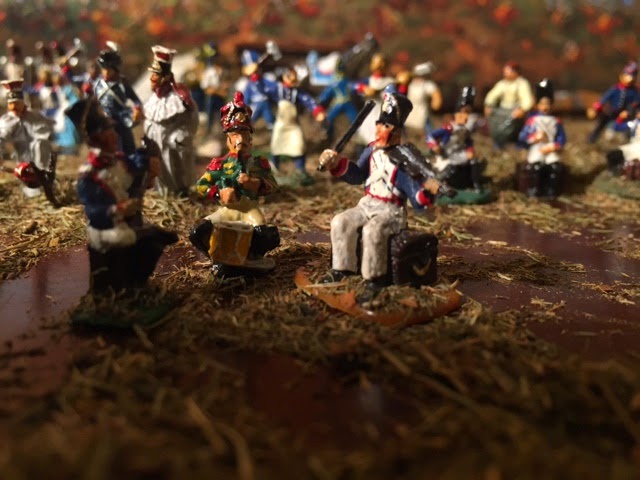