At first glance, one wouldn't think there would be many carriages present at a battle.  But both Napoleon's carriages were captured at Waterloo and accounts of the era frequently refer to carriages blocking routes along narrow muddy lanes.  Napoleon was so irritated by private transport blocking artillery getting into the firing line before Borodino that he ordered his Service Squadron to dismount and set them alight.

This is the S Range open carriage with a marshal seated.  The plume on his cocked hat is enormous. 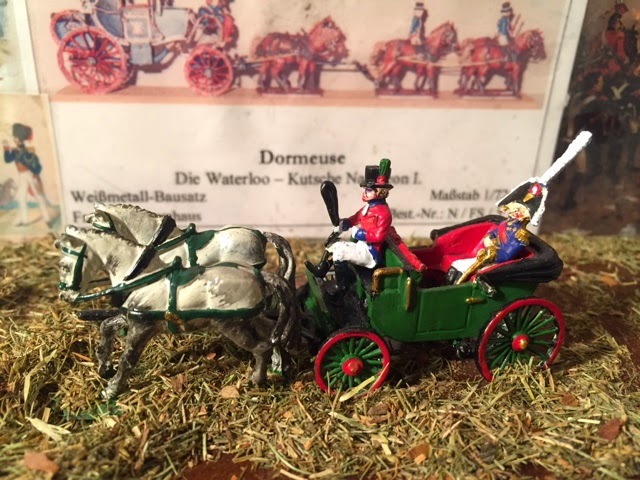 This is the Imex stagecoach adapted for service as Napoleon's baggage carriage.  The two riders are conversions using General Picton's head from the Strelets set.  This is complete imagination, but I had fun doing it, whatever its historic inaccuracies. 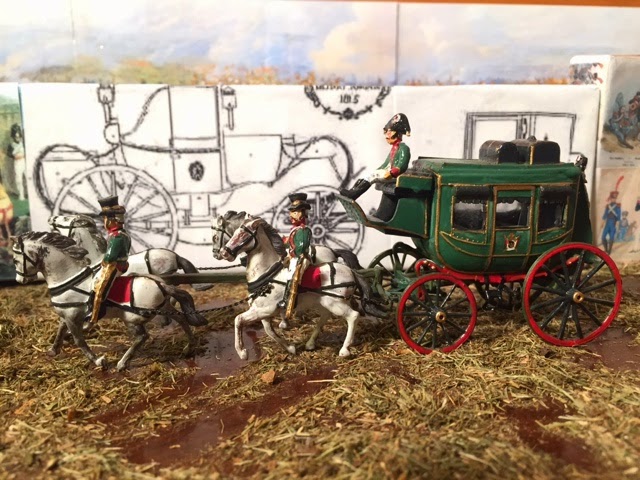 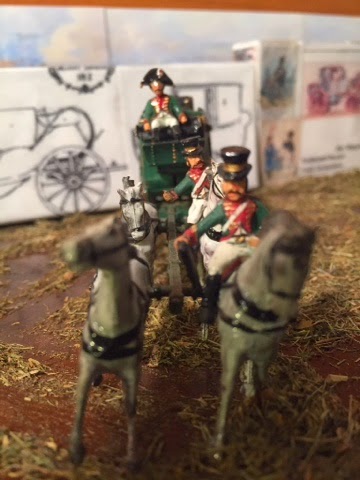 This is the actual dormeuse captured and then displayed at Madame Tussaud. 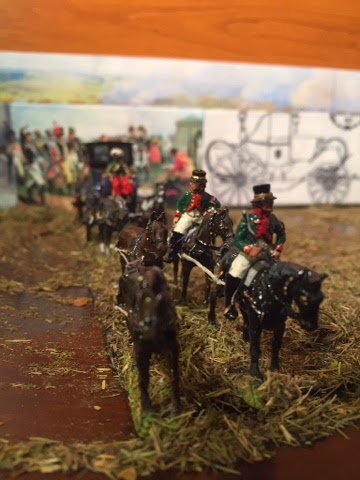 Ali the Mameluke (Roustam tried to rejoin Napoleon in 1815, but having defected the year before, Napoleon refused to have him back). 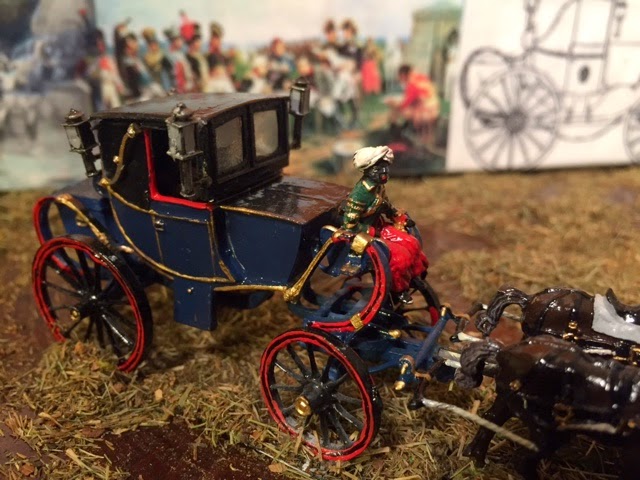 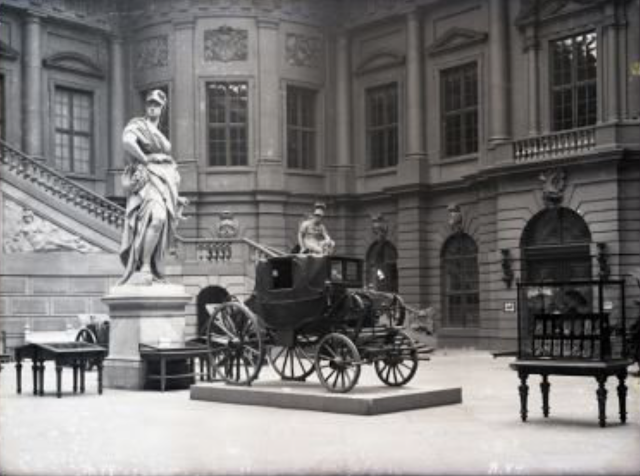