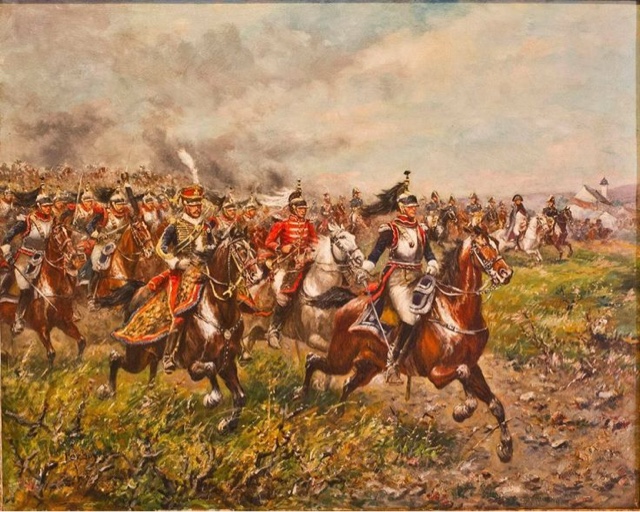 After the Old Guard, the Cuirassiers at Waterloo seem to have some iconic hold over the imagination.  Here are my Cuirassiers.  I have around a thousand and they are from many different manufacturers.  During the production of this entry I found 200 more, which goes to show this project is getting out of hand: to be exact there are 1109 Cuirassiers on parade.  I love the glint of silver which comes off massed heavy cavalry. 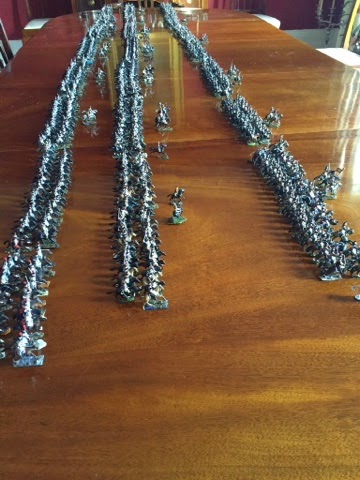 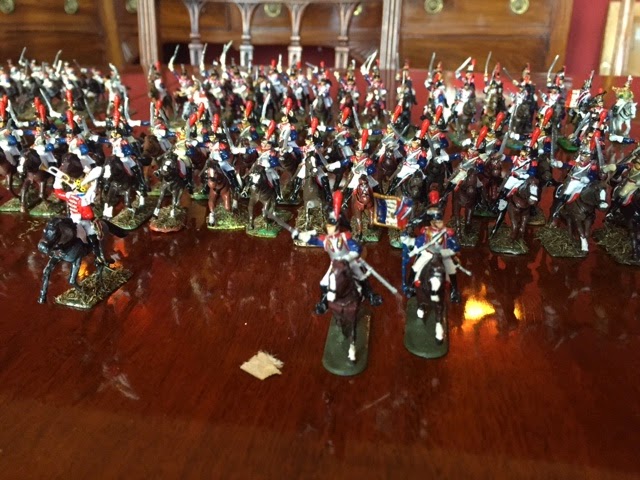 Art Miniaturen and Kennington. The ensign is a conversion from the Italieri Dragoons. 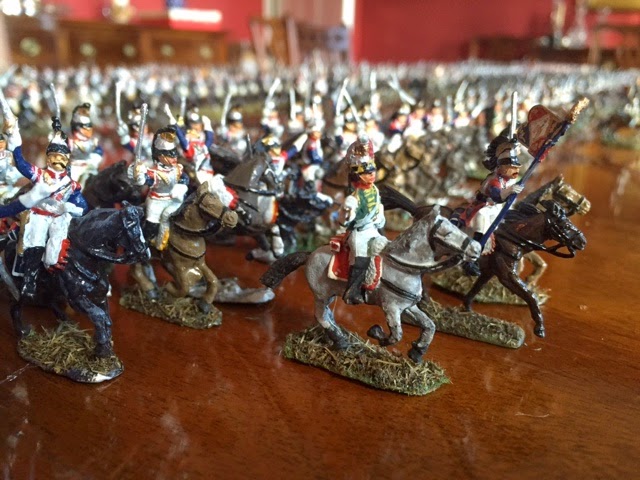 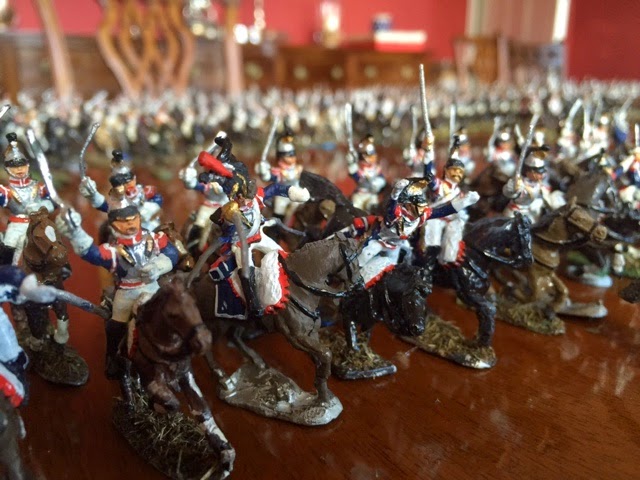 Legio only ever produced one plastic set, their Cuirassiers. 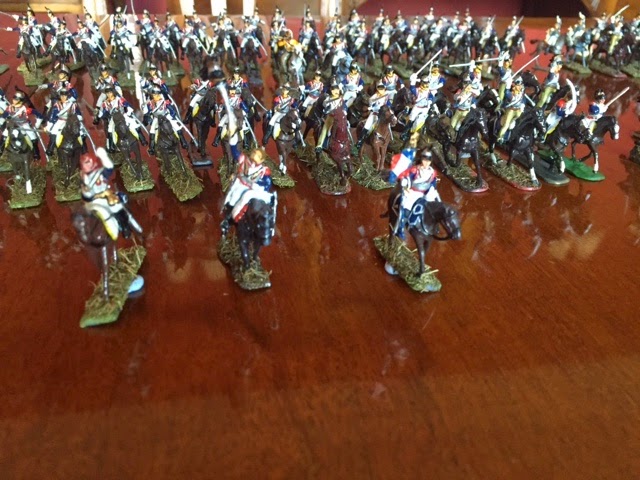 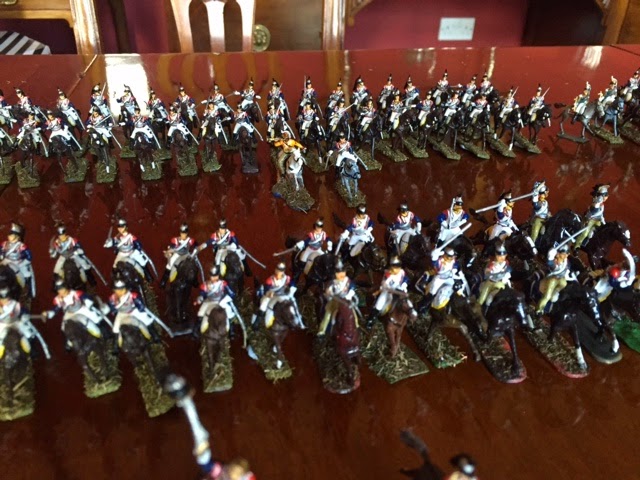 Newline -slightly smaller than many figures, but nicely compatible with Airfix and Esci, the mainstay of my cuirassier force. 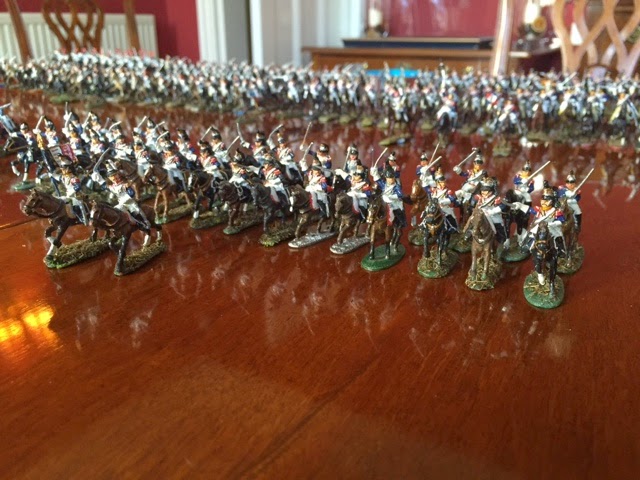 Hinton Hunt - Hinton figures are so distinctive.  I have used a Strelets officer and ensign with them - they are surprisingly compatible. 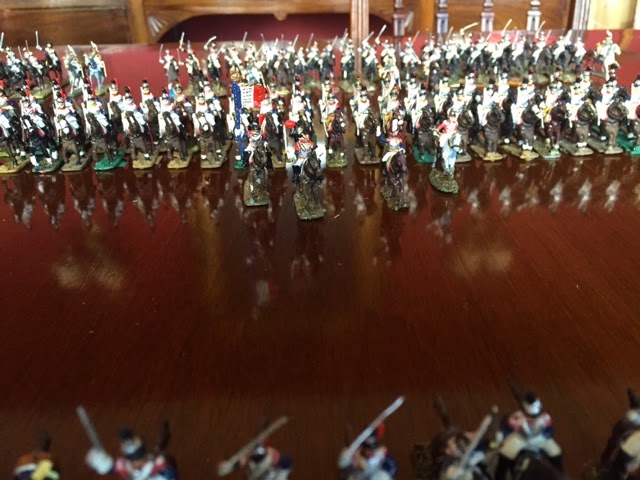 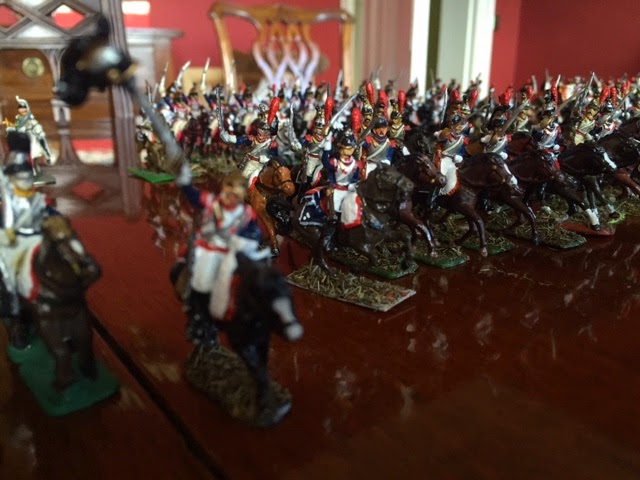 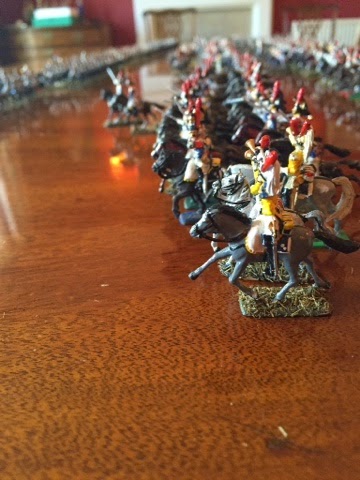 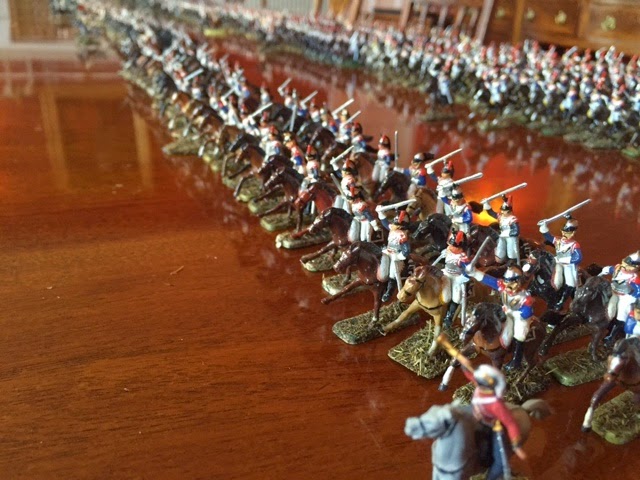 A mix of metal and plastic 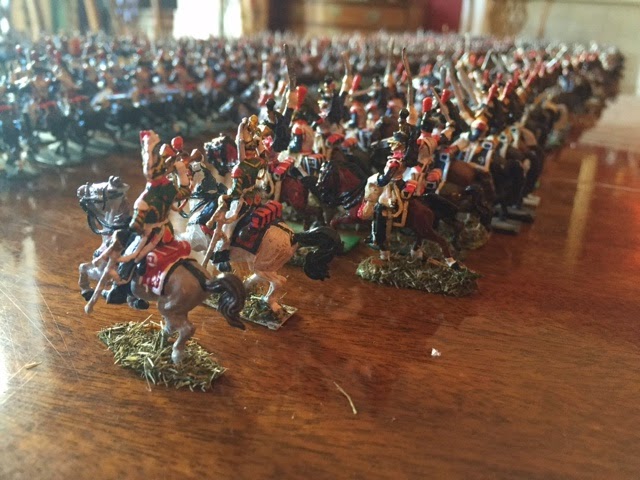 Strelets in cloaks.  The chunky nature of Strelets can be distracting but in this case the style works well with Cuirassiers. 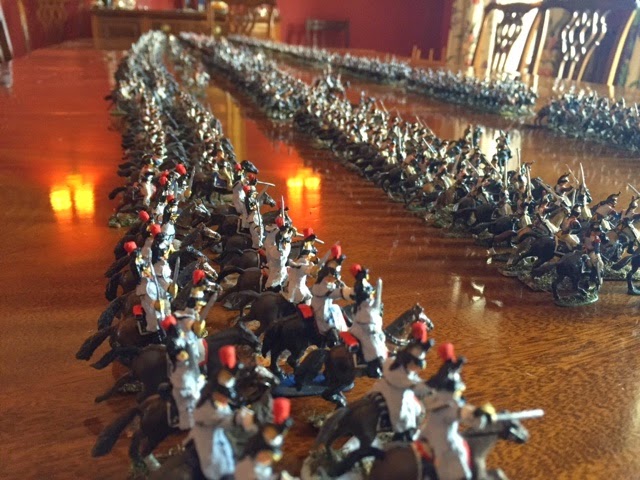 Qualicast and IT.  Neither company lasted long and I wish the Qualicast figures were back in production. 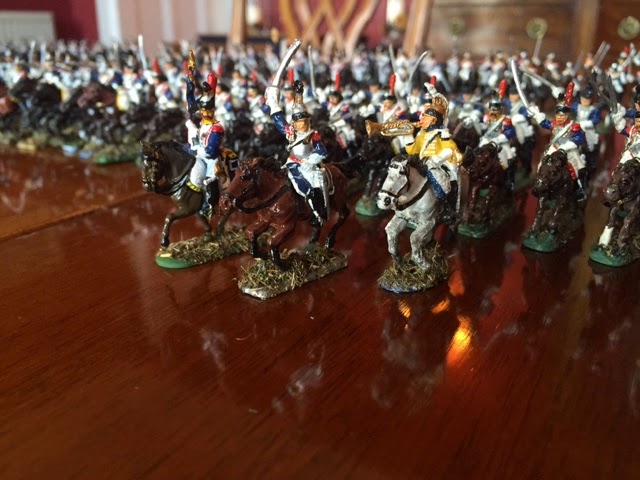 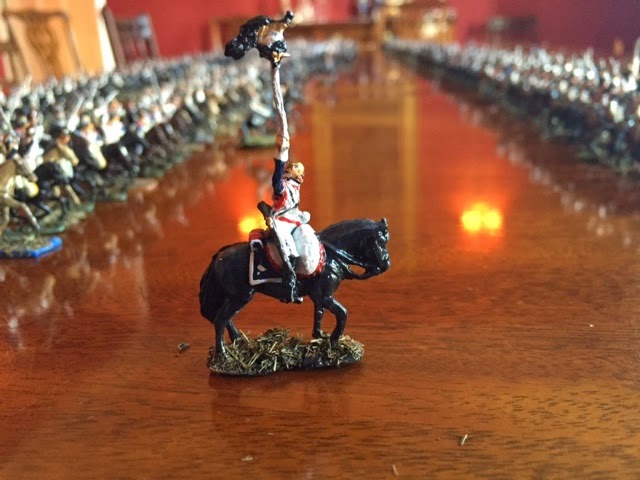 A few Call to Arms figures among the Esci and Airfix - the horses are too small, but are fine in this company. 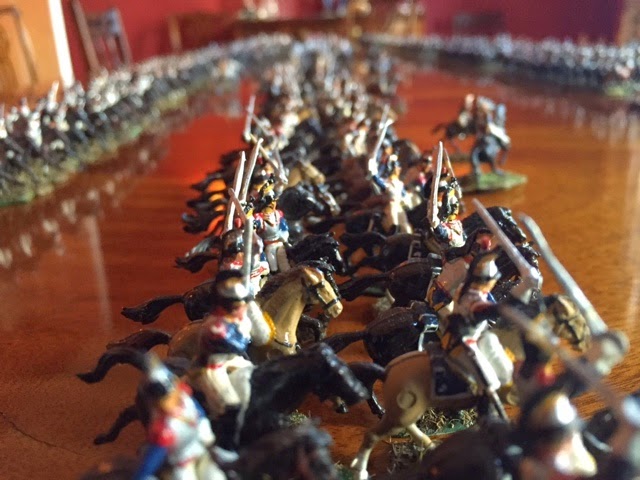 More Strelets.  The plumes seem huge but contemporary pictures show this to be the case. 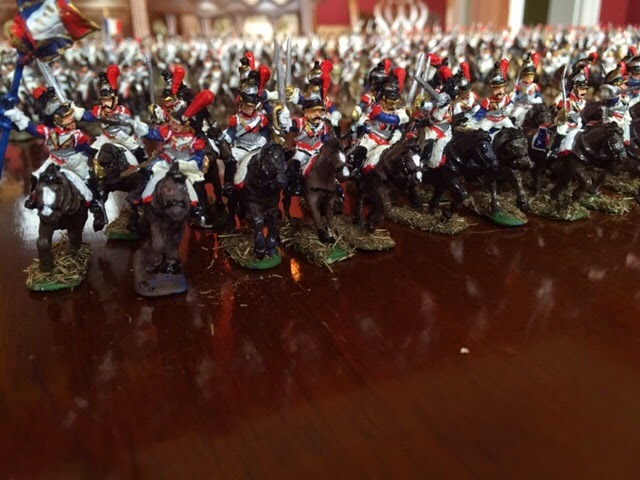 An RSM trumpeter with an Atlantic conversion.  They ought to be in the Bardin Green livery, but I like the reverse colours. 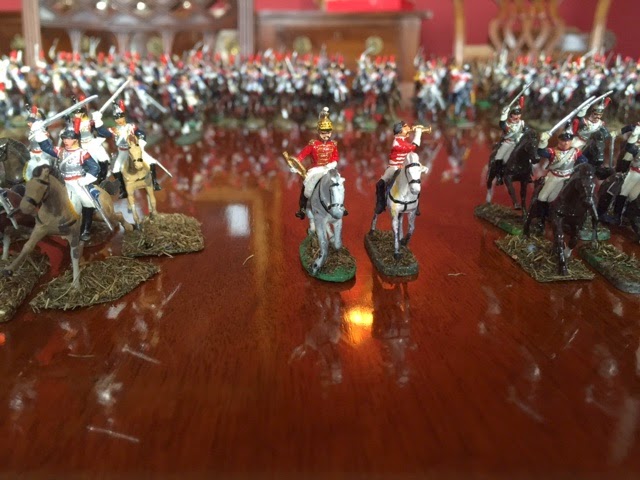 Les Higgins and Zvezda, which go well together. 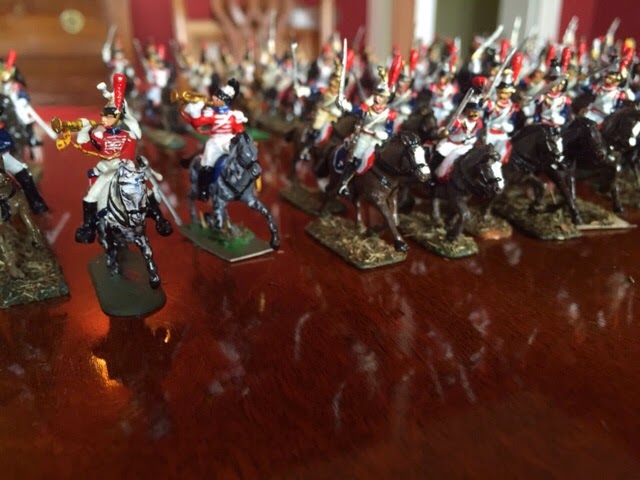 The extra row are the 200 I forgot about! 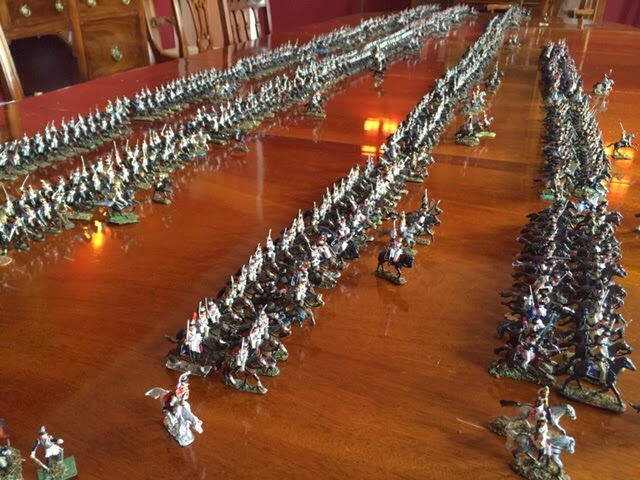