4th King's Own Regiment of Foot 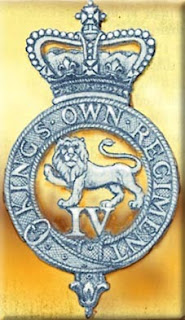 1/4th King's Own was in Lambert's Brigade and been hurriedly returned from the United States where the Battalion had taken part in the War of 1812 - there the 4th suffered the loss of half its number at the Battle of New Orleans.  Soon after this they sailed for home.  The depleted battalion was reinforced from the second battalion and sent straight to Flanders to join Wellington's Army.

Lt Col Francis Brooke commanded the 4th.  The battalion did not see action at Quatre Bras and began the battle of Waterloo in reserve.  They were brought up to the front line just to the north east of La Haye Sainte.  The 4th suffered 12 killed and 122 wounded.  The regiments stayed in France until 1818 as part of the army of occupation.

I try to size my figures by different makes within the 20mm bracket.  The last square of Nassauers was mostly of the slimmer Hat type, this lot are largely the chunkier Airfix set, with various Les Higgins, quite a few Qualicast, Italieri, some Hagen and the odd S Range.  As ever, the front rank contains quite a few conversions. 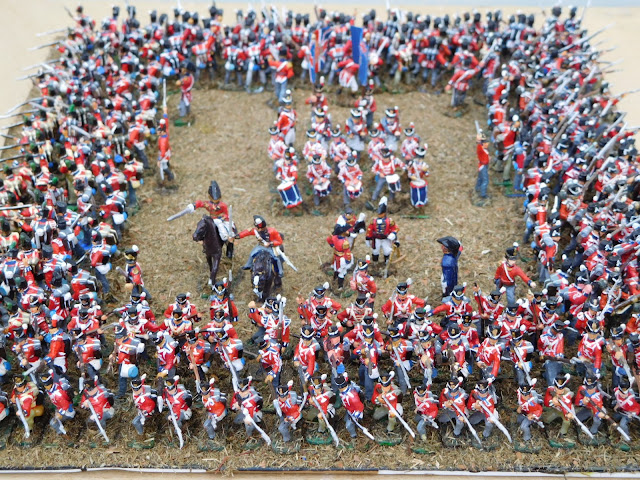 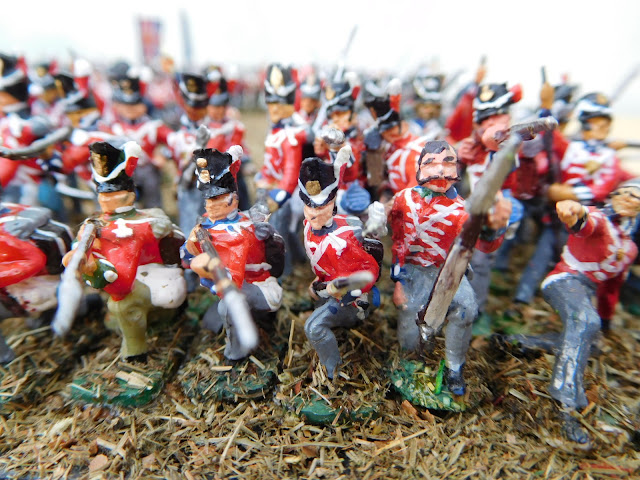 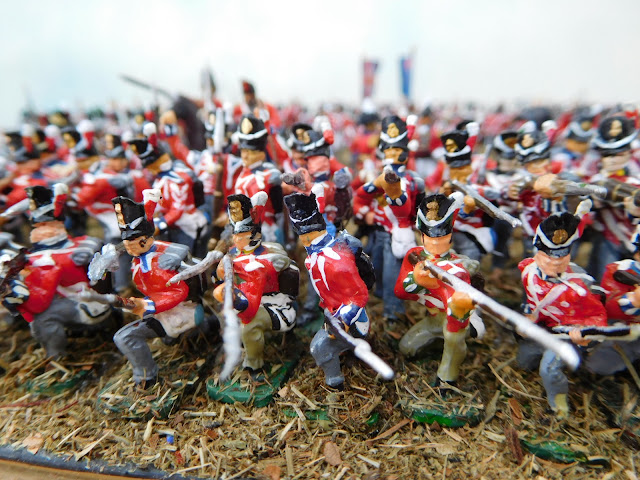 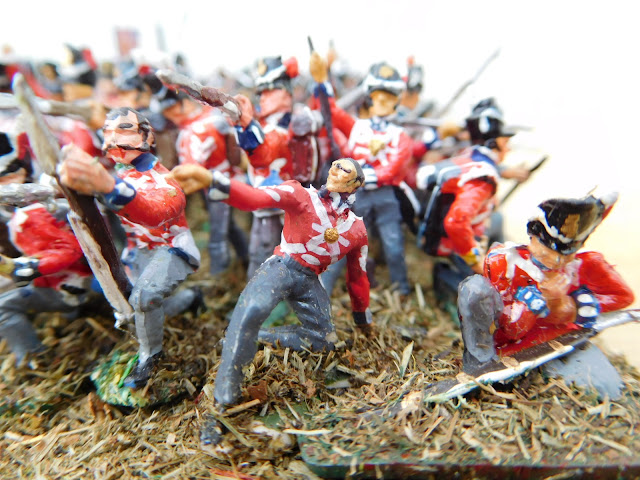 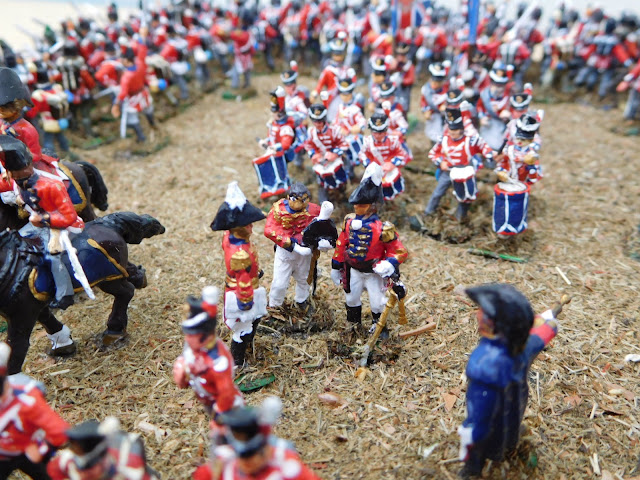 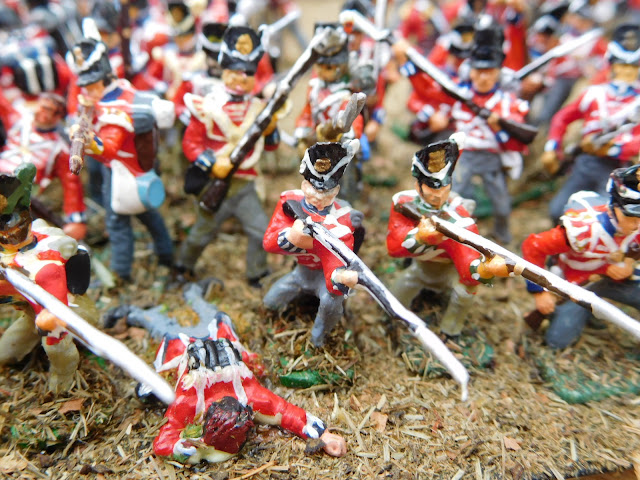 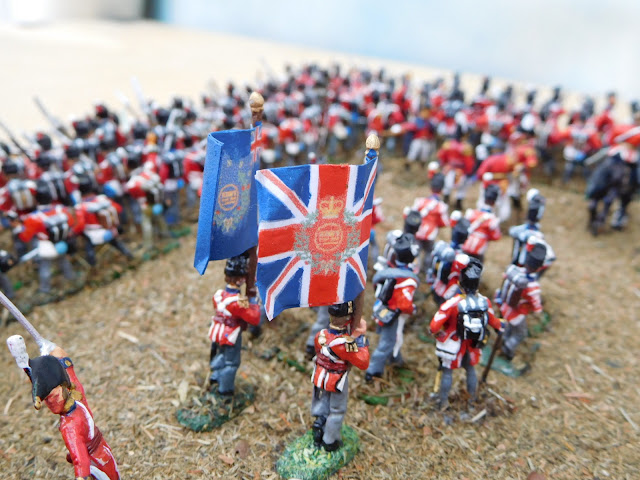