It's been another busy week with the Waterloo diorama.  Two more people have kindly come forward to help paint figures, each of whom is taking on some Young Guard.  Meanwhile Thomas Mischak has been working on some gravestones for the churchyard and some walls.  This is an incredibly generous addition to the project. 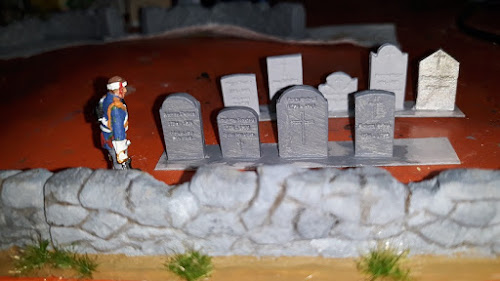 My father has been working on the buildings to south of the church - they look tremendous, even if the photo gives them a more vivid roof colour than they really have. 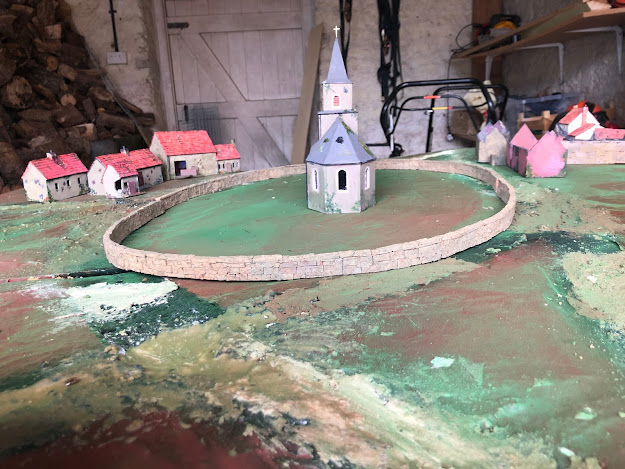 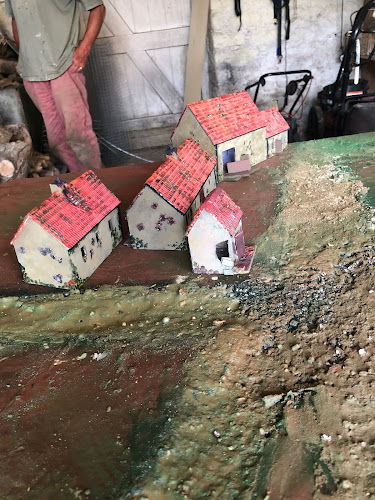 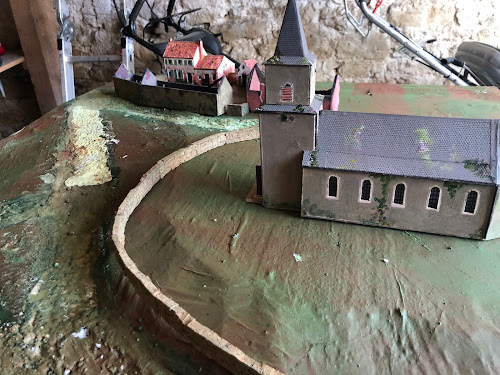 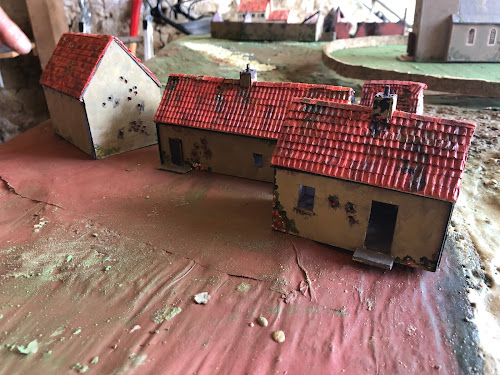 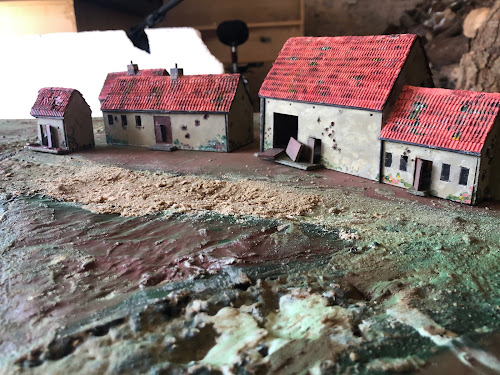 The second contingent of Elbe lancers has arrived from Deadhead.  They are absolutely fantastic and will cover the southern flank of the diorama at Plancenoit. 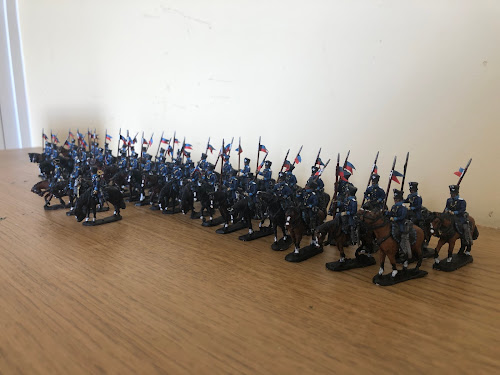 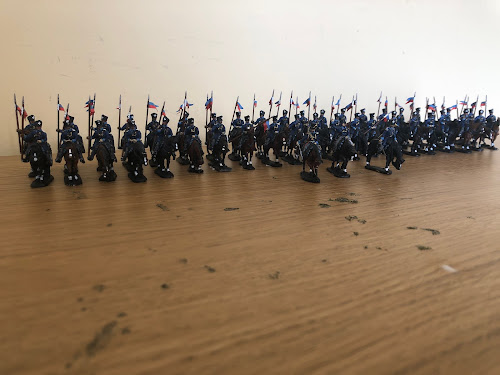 More images of the church and buildings 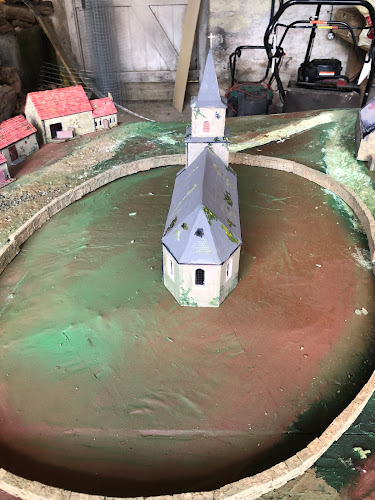 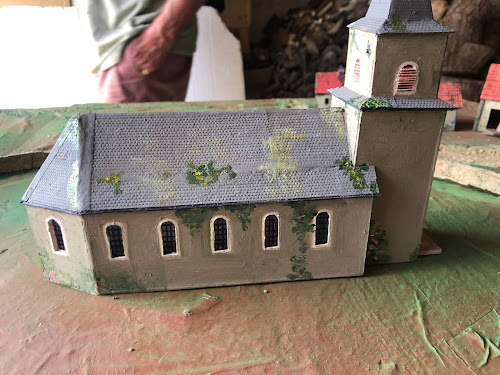 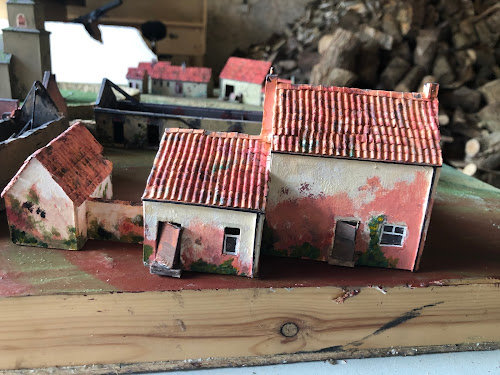 We are now moving on to the buildings northeast of the church.  These images serve simply to show the care we are taking to replicate them faithfully.  Pictures by kind permission of the National Army Museum. 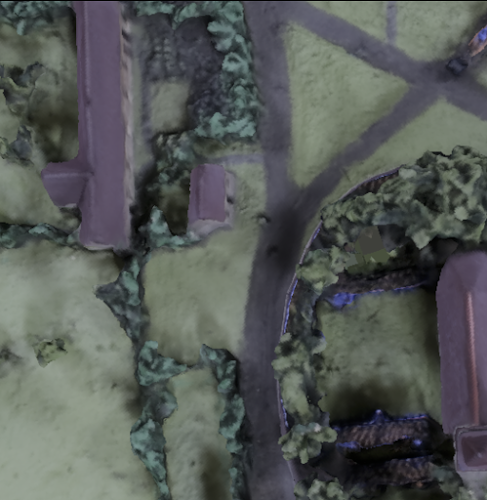 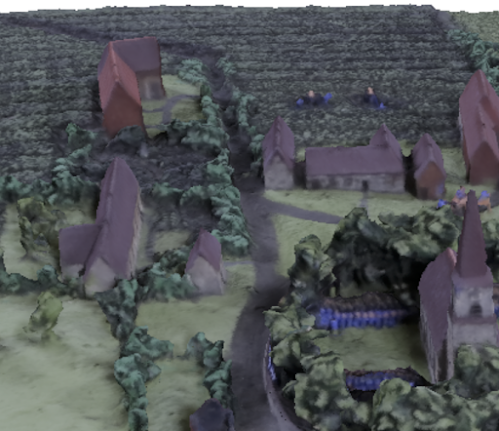 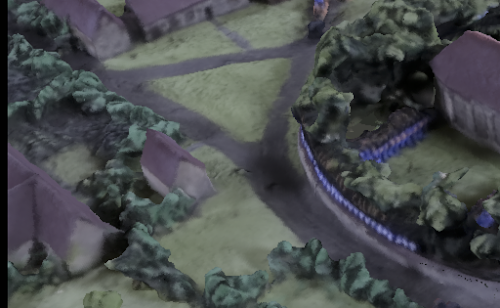 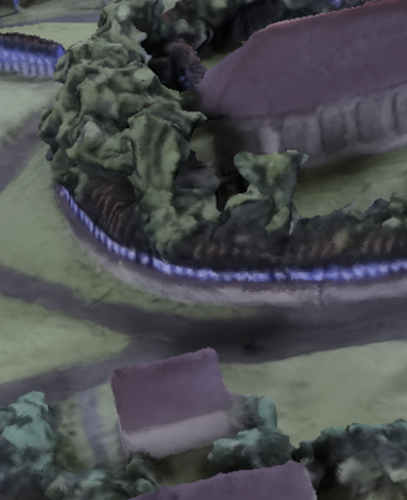 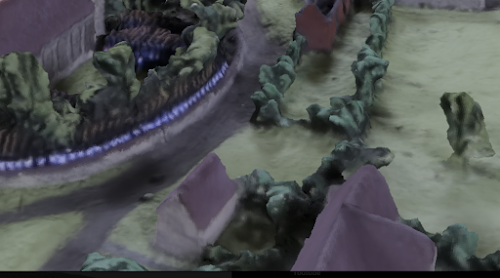 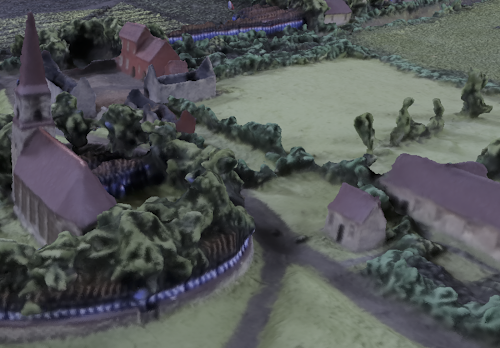 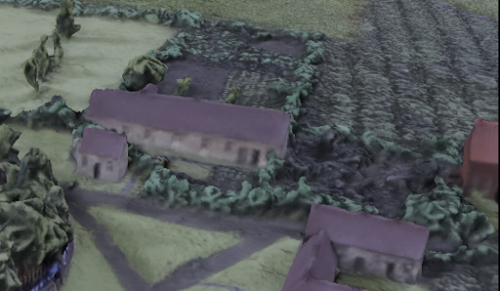 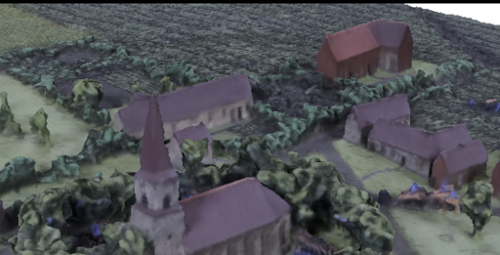 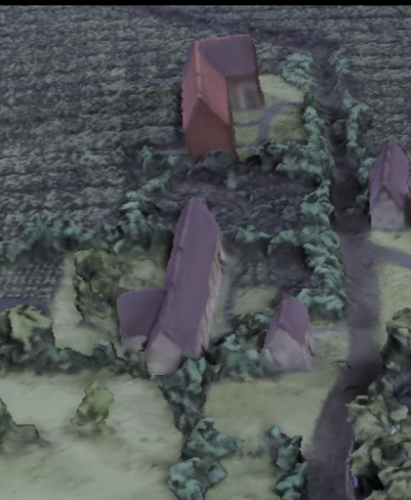 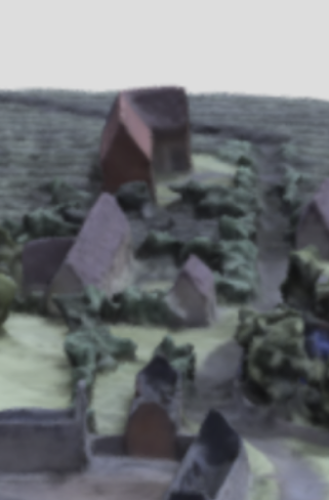 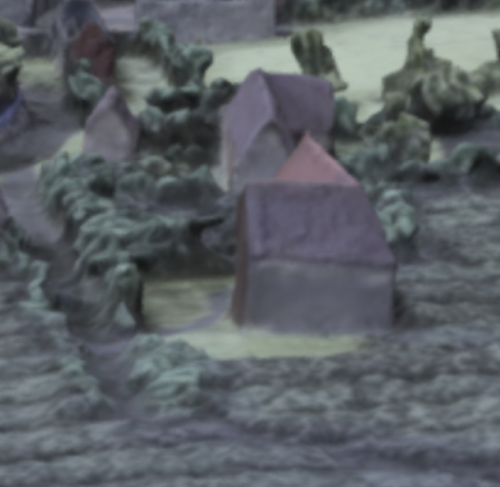 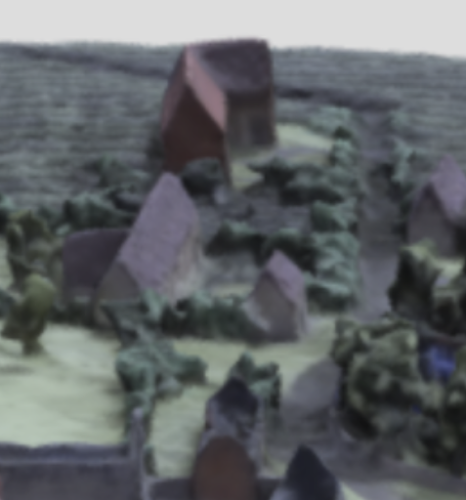 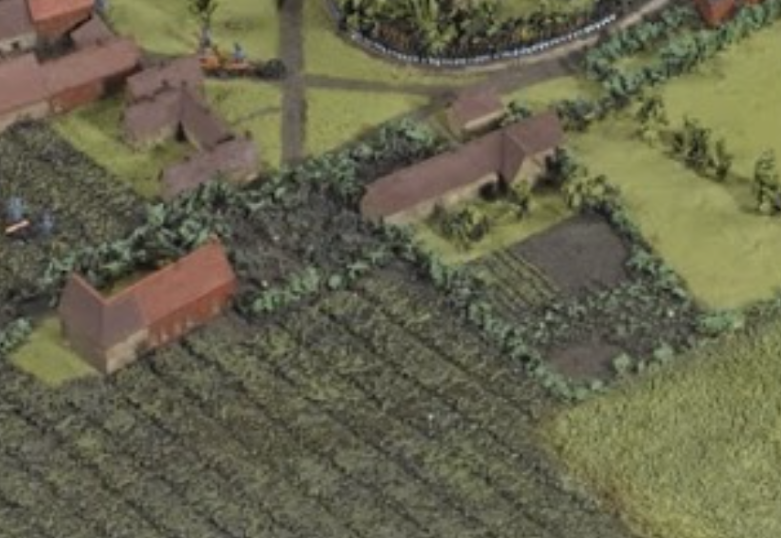 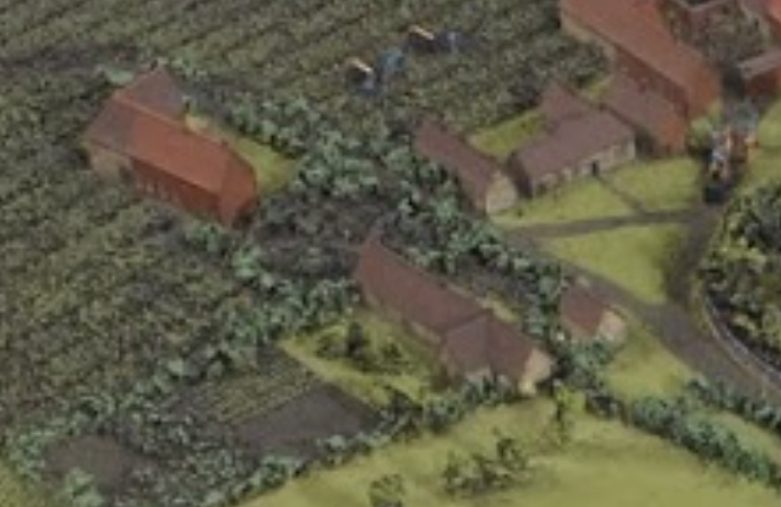 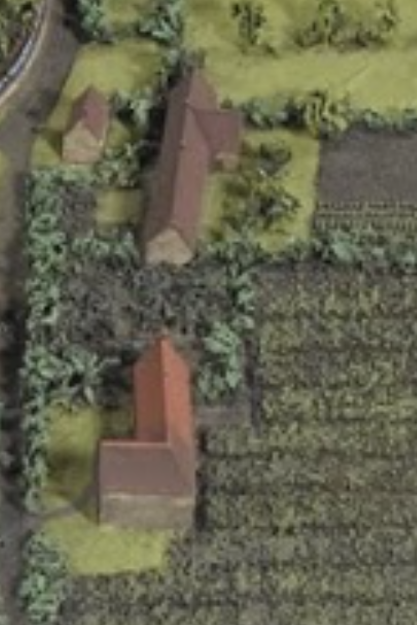 The plan is to display autonomous dioramas of La Haie Sainte, Hougoumont, La Belle Alliance, Papelotte and Plancenoit at the National Army Museum in London in June 2021 before linking up the sections in subsequent years.
Posted by generalpicton at 05:21:00