As followers of this Blog will know, during the last year, this has developed from a solo performance to a team effort.  We maintain anonymity, but I'd like to thank DL for his contribution of the 2nd Battalion, 4th Silesian Landwehr.

The battalion is New Line, with a few casualty figures provided by LF and TM from Art Miniaturen.  The battalion is shown advancing from east to west along the line of the meadow astride the tributary of the Lasne Brook.

New Line figures are excellent for showing masses of troops moving in formation.  They are slightly back from the contact line, which will be filled by AD's many other Prussians currently waiting for Covid to allow movement from the Netherlands.  AD's figures are more action posed and will show the fight closer in to the Young Guard.  I really like the contrast between the chaos of the close fight and the orderly masses further back.  These are early shots and a lot more work is needed to bed the figures in.  There are about 500 figures on show. 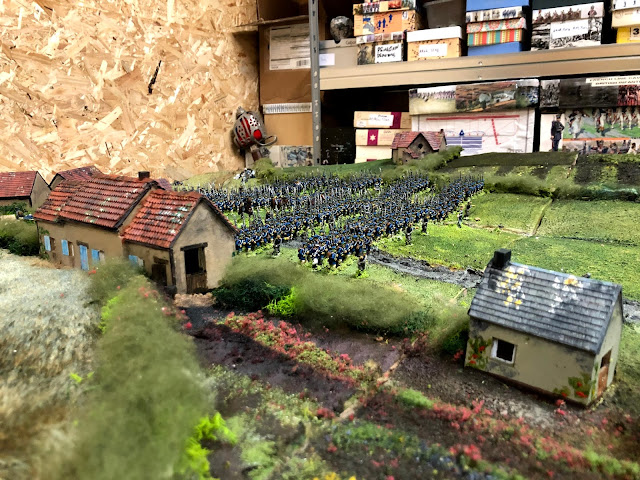 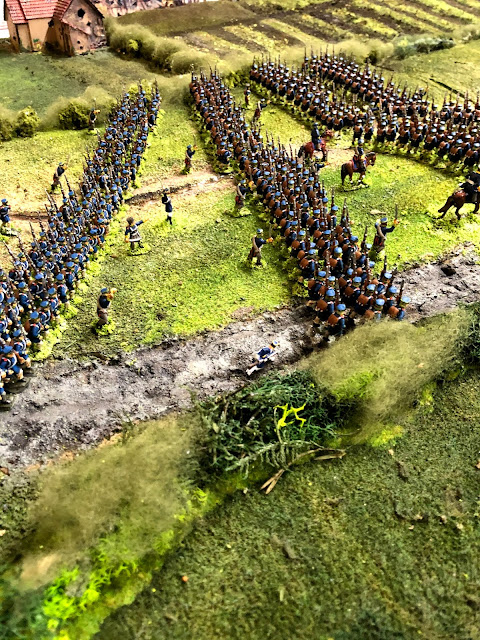 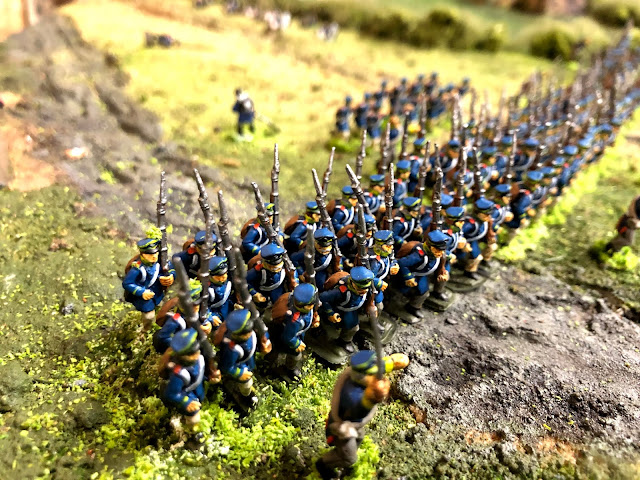 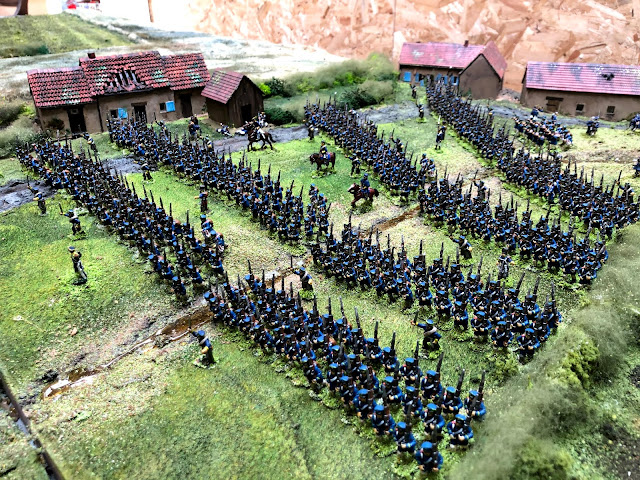 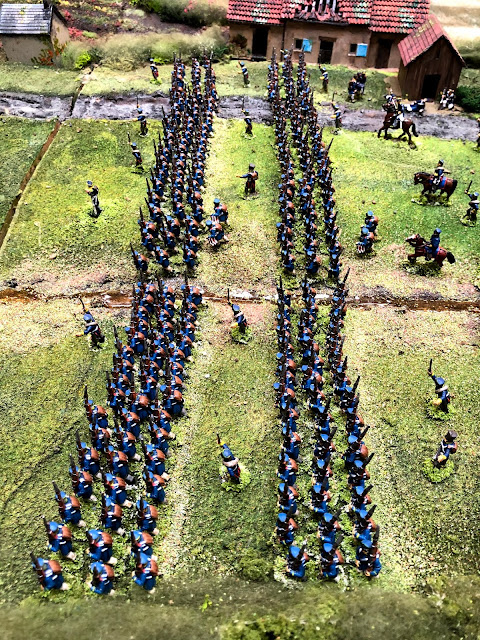 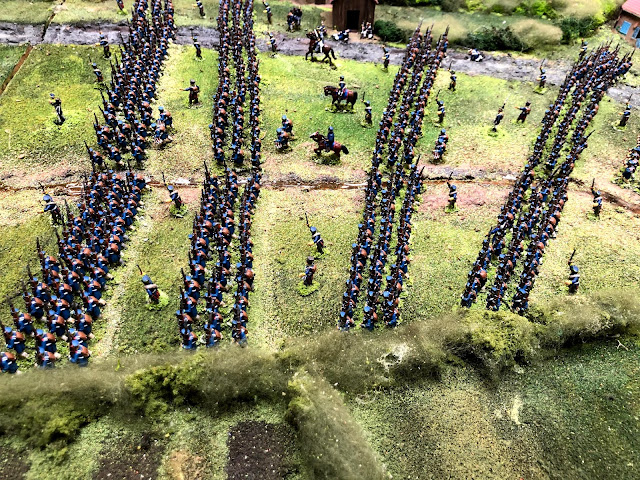 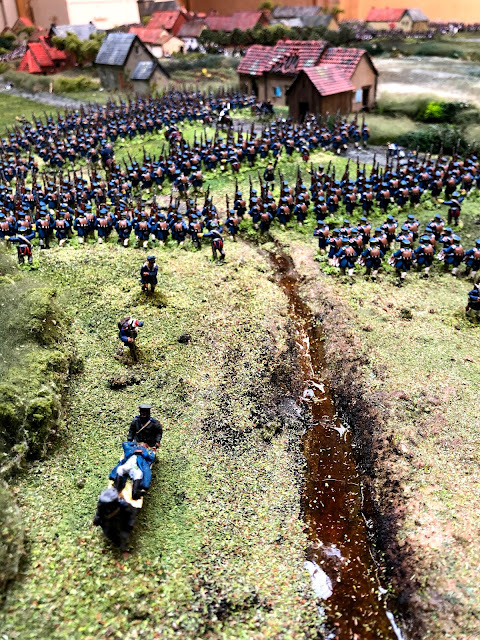 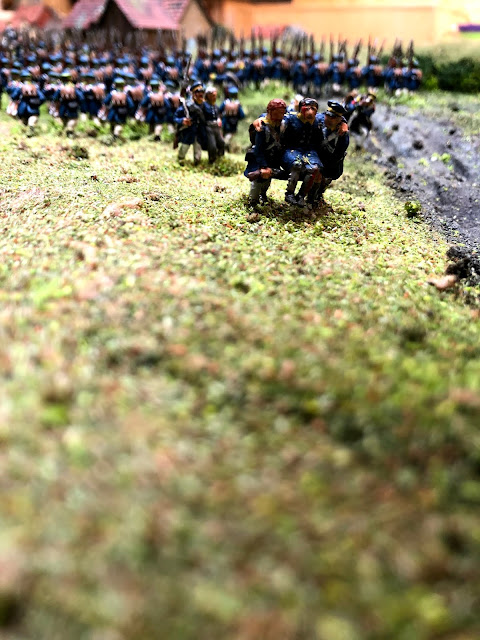 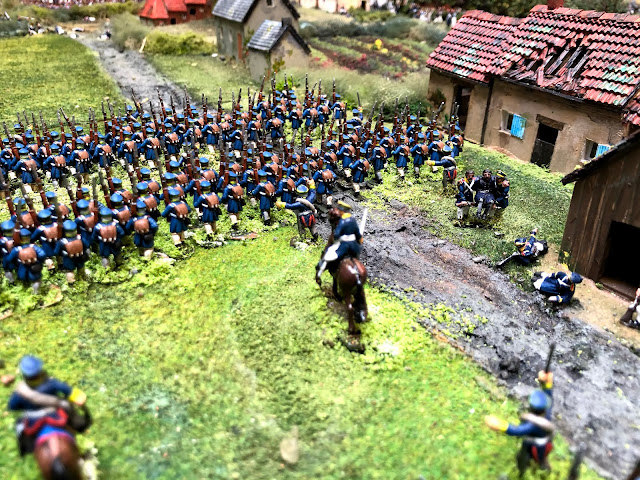 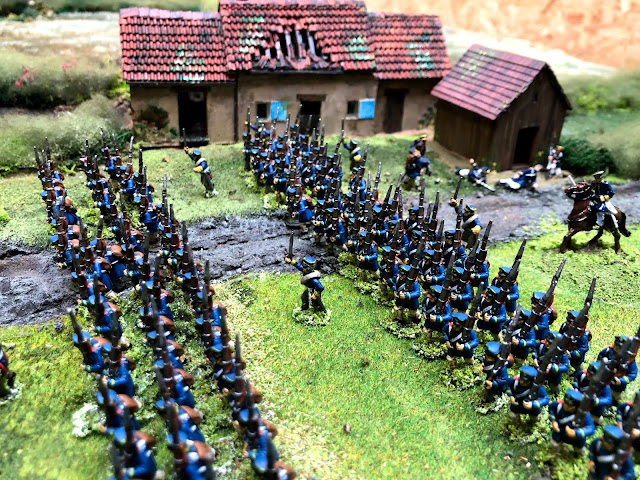 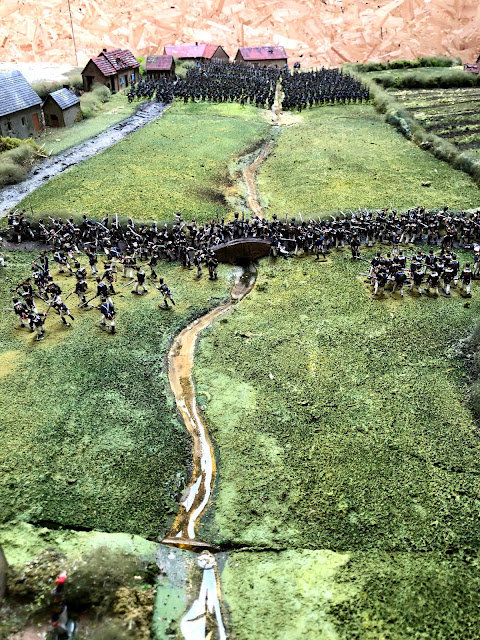 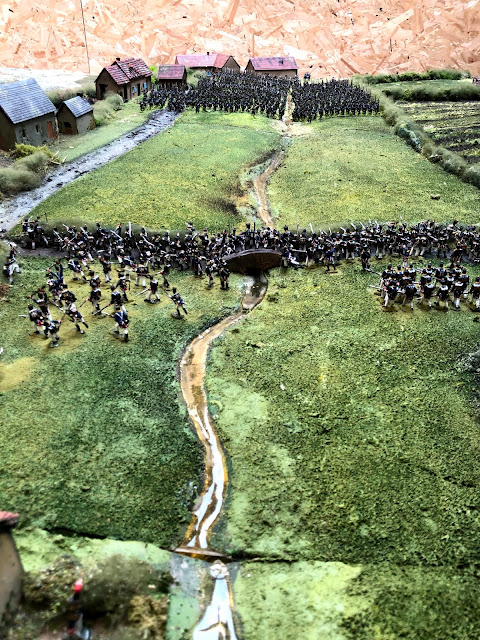 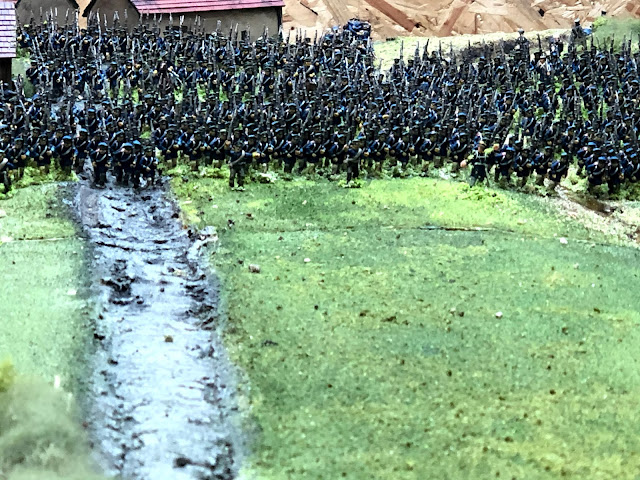 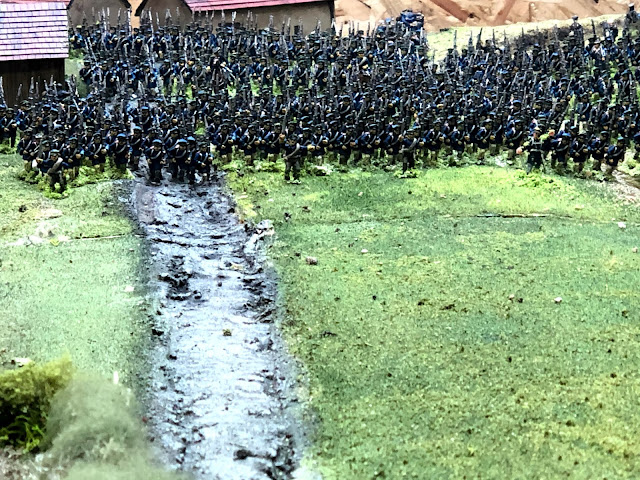 We are beginning to turn our attention to the high road that runs east-west on the southern edge of the village.  This is in fact the single largest group of buildings in the village and, if Alfred North had a place in mind for his famous painting, it was probably along here and not the centre of the village.  Siborne's model (courtesy of the National Army Museum) shows the effect needed:

Here is the first group of buildings.  In a major innovation these are bing fitted with a battery for light, simulating fire and a smoke machine for a model stream train. 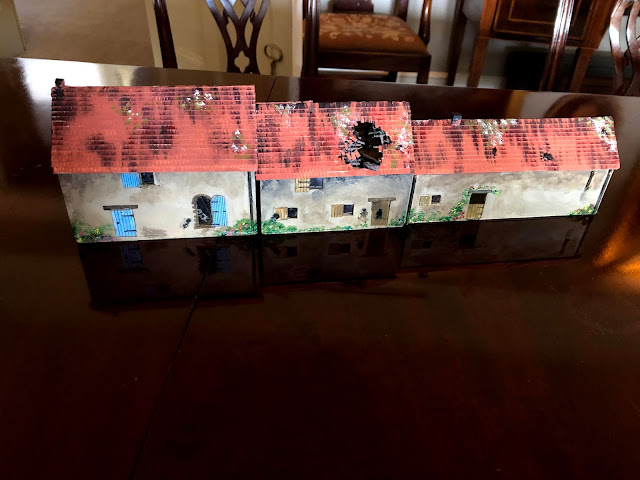 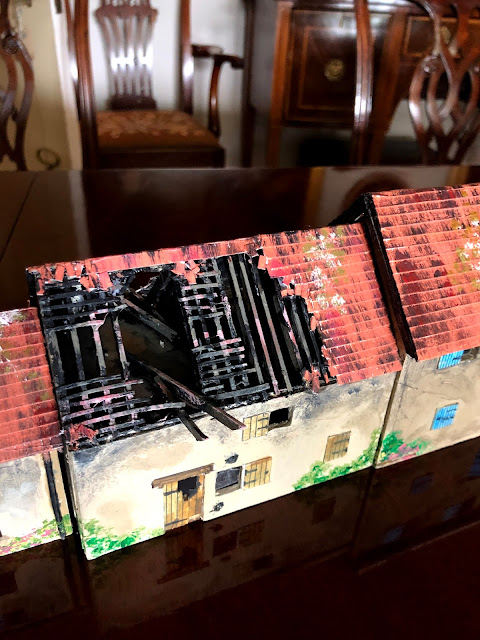 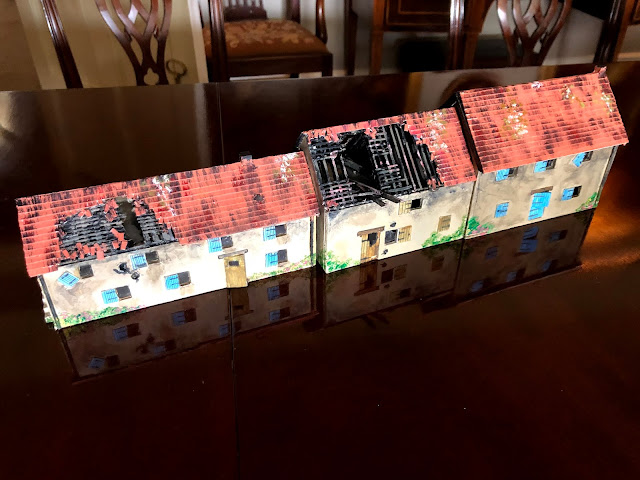 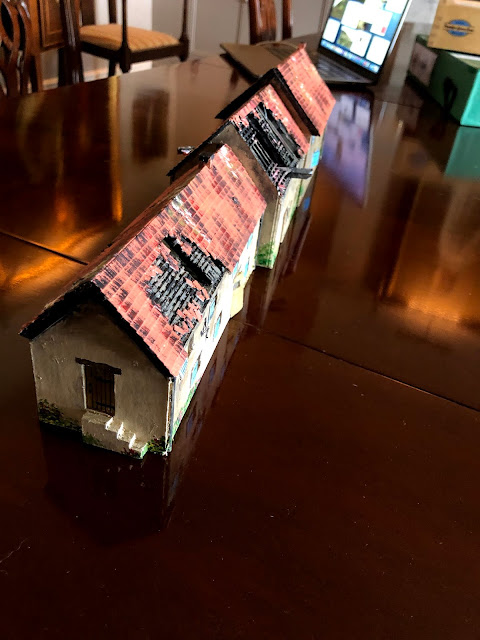 There are about 20 buildings along this road so this is quite a job!
Posted by generalpicton at 06:08:00